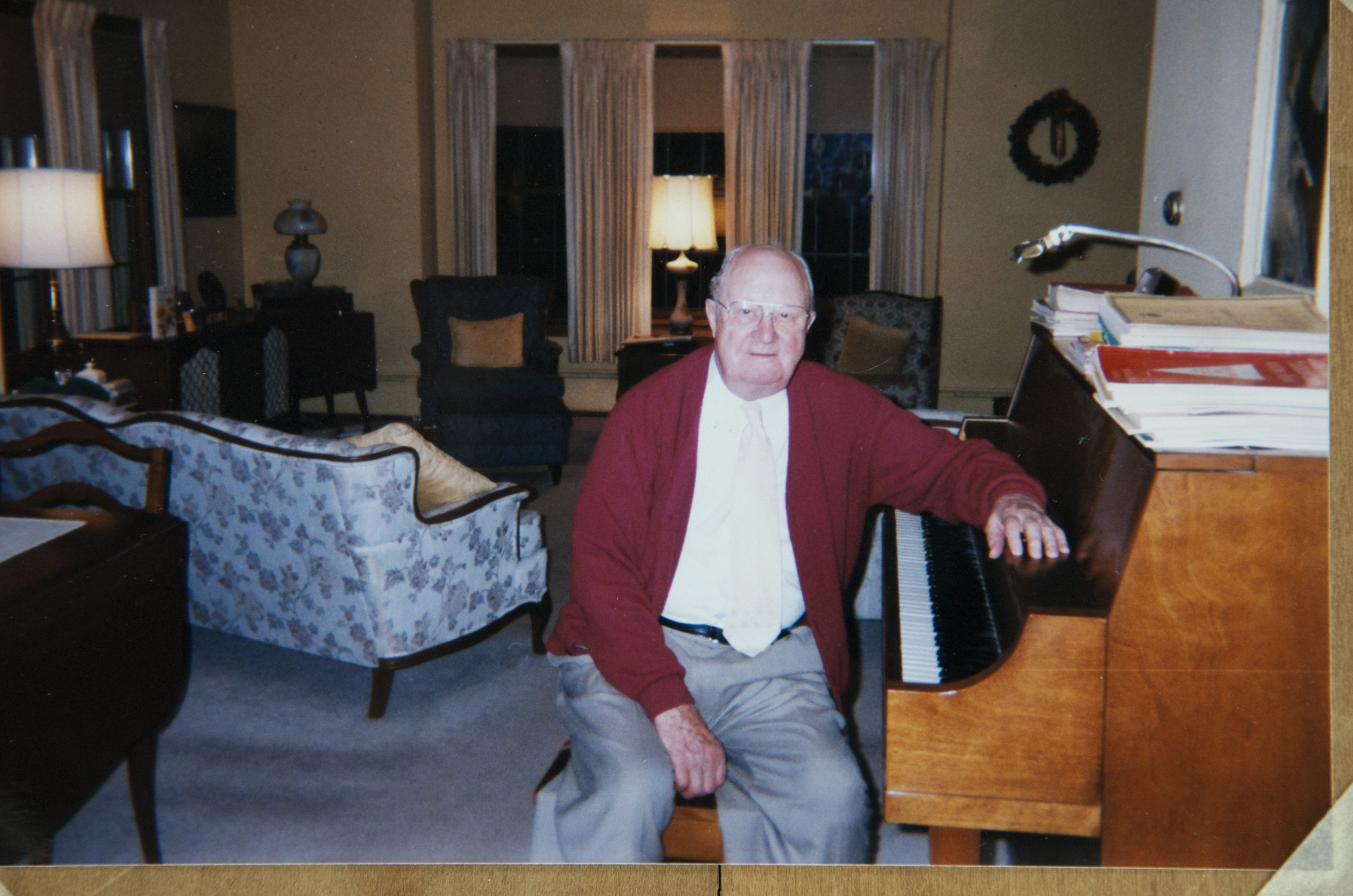 Editor’s Note: Sincerest thanks to Bob and Jane who invited me into their home with warm hospitality. Each time I visited I was greeted by their dog Bless along with fresh bakery and butter curls. For those of you who don’t know what butter curls are, introduce yourself to Bob and Jane. They shared many memories, but the one they agreed would be best to share is the one of Bob’s father Hugo.

Speaking of a man who liked many different things, music was another “dimension” that Hugo Bortz didn’t miss. There are many things in life to enjoy; music is one of them. Music is another art form.

His mother and father were immigrants from Germany with very little monetary resources. Hugo was given a reward of 25 cents each week that his mother saved for him to take piano lessons. This was back in 1916. It was the saving of the 25 cents that was a sacrifice. He didn’t prepare himself sometimes for his lesson. This is usually pretty normal for a child. He probably would have enjoyed doing other things in his youth rather than practicing. Practicing later carried on into his adult life. This was one of the best gifts his mother had given him.

A 1926 Beaver Dam High School graduate, he served as an accompanist for the Beaver Dam High School Orchestra. The orchestra earned a first place award at a competition in Oshkosh and later competed in Madison. At his class’s graduation ceremony, he played “Heller’s Warrior Song.” At that time it earned him praises from an instructor who recognized his talent. His skills carried him through by being a fill-in organist at his church as well.

Hugo started back with music after he retired in the 1970’s. He returned to playing the piano not only for physical but mental skills as well. The benefit of this is that it keeps one thinking all the time. He would be content to play for hours without even an audience.

His uniqueness of writing music led to many hours meeting the challenges of composing and practicing. The music he liked to play was Chopin and other classical music. He could never play jazz or rock and roll. He composed songs for each child, grandchildren and some friends. His composing was without any financial gain. This found him being challenged but giving him tremendous satisfaction.

His creation of 30 some sheet music has ended up in different parts of the world including Germany, Kazakhstan, the Philippines, England and Brazil. These pieces were shared with the American Foreign Exchange students that were in Beaver Dam. One of his pieces “Fur Joy” is in the Library of Congress in Washington D.C.

The joyous times with tradition and memories of children and adults were during the holiday season. A special memory was when the family gathered around to sing and he accompanied them by playing the piano.

In his upper years people also enjoyed the beauty of his music in different healthcare facilities. Many had a good time admiring his music by tapping their foot or even singing along.

His 99 years of life gave him the opportunity to fulfill his hobby. Music to Hugo made a difference and touched so many lives. What would many people’s lives have been or still be like without music?

Though rough and strange the path

For in the end, you’ll need a friend.

It’s not so strange

What life can bring;

It’s trials and pains and sorrow.

But still unknown we carry on;

So in the all, you’ll need a friend.

A little joy – perhaps a tear

For just a moment or a year.

A vale to cross, a hill to climb

Philosophize you can – but never mind.

For all’s not lost, you have a friend!

The Legend of Griff Jones