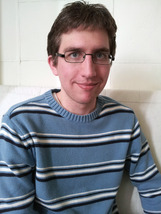 When I left Beaver Dam to attend college at the University of Minnesota, I met a lot of different people from all walks of life, and although there were plenty of people who had lived in Minneapolis and other metropolitan areas their whole lives, an overwhelming number of them were from small towns like mine.  And like me, they had left their friends and family behind to seek an education and adventure in a big city for one big reason:  Minneapolis was more exciting than their boring old town.

Having finished college and moving even further away to start my own family, seeing more of the world and finally experiencing some of the things I had always told myself I wanted to do, I have come to realize just how fun a childhood in Beaver Dam actually was.  Turns out people in Minneapolis have fun doing the same things folks in Beaver Dam do.  They get together.  They eat.  They throw parties.  They watch sports and get active themselves.  It took my leaving town to understand that it wasn’t how big the stadium is or how many people are at your party that determines how much fun you will have.  It’s whom you are with and how much you are willing to put in.  That’s what makes Beaver Dam so special.

To illustrate my point, let me take you on a journey to Memphis, TN.  When my wife and I moved there a little over two years ago, we wanted to get out and have fun.  We were hungry, so we found a chain Italian restaurant and sat down for dinner.  The food was so slow and the service so bad, we ended up complaining to a low-level manager and getting our bill heavily reduced.  But it wasn’t until we were walking out of the building that I realized something important.  I wasn’t used to being treated that way.  The rudeness and the disrespect.  I wasn’t used to it because I had grown up in a good town where people were nicer and more respectful.  In fact, more often than not the owner of the restaurant would have come out to apologize himself and offer us a replacement meal for the next time we came.  No such treatment for us in Memphis that day.

Granted this was probably a bad day for many people and I don’t want to assume that the utter lack of professionalism we experienced was normal.  But the way the situation was handled by the people in charge directly reflected to me how little they actually cared about their jobs.  The owner of the restaurant wasn’t in the building and the head manager was nowhere to be found.  The entire event demonstrated that I was not being viewed as a real person or a customer.  To them I was a number.  A paycheck.  A statistic.  It made me wish that I lived in a town like Beaver Dam.

Not all of my outside experiences have been negative.  Take the grocery stores for example.  The stores in Philadelphia where my family is living now are good businesses.  The selections are nice and the prices are fair.  But what they lack is the connection to the community.  None of the major grocery stores in Philly are named after the people who own them, unlike two prominent groceries stores in Beaver Dam.  At first this might seem like it shouldn’t matter. But there is comfort in knowing that the owner is a citizen of your town and might even be walking the aisles that day, helping stock the shelves and answering questions for their customers.  It gives you a sense of being part of the community.  Something the big city usually lacks.

I never used to picture myself returning to a town like Beaver Dam once I had seen the world and decided to settle down.  But now I understand the value of having such a close-knit community.  When the person who pours your cup of coffee or sells you a car is the same person you see mowing their lawn on the weekends and attending the football games on Friday nights, it makes an impact.  It reminds you that you’re a part of something bigger than yourself.  For all the flashing lights and noisy streets that the big city has to offer, it’s my humble opinion that nothing can make you feel the way your hometown can.

Autumn Is The Spice of Midwestern Life