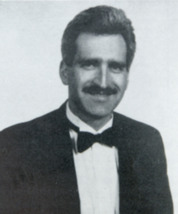 You may have heard of us, or perhaps you have heard us!  Our orchestra is a symphonic ensemble made up of your friends and neighbors from Beaver Dam and the surrounding area.  Now before I go any further, let me clarify one particular item that often confuses non-musicians and musicians alike.  When you hear names like “symphonic” or “symphony” or “philharmonic” or even “orchestra,” they all mean the same thing:  A large instrumental group that uses string instruments as its featured voice.  So, the Milwaukee Symphony, the New York Philharmonic and the Beaver Dam Area Orchestra refer to similarly designed music groups.  Back in the 1920s and ‘30s, the dance bands of the day often included in their rosters a handful of string players to add an element of sophistication and “color” to their sound.  These string players were by no means a featured entity in the dance bands, but they adopted the moniker “orchestra” in their titles anyway.  Think of the Glenn Miller Orchestra or the Tommy Dorsey Orchestra as examples.  But enough of the history lesson!

The orchestra was originally formed as part of the City of Beaver Dam’s Park and Recreation Department in the fall of 1954 with Maestro Glenn Wood as its musical director.  (There is another one of those terms.  Maestro can be used to refer to someone who is the leader, but it is most often used as a sign of respect, endearment and honor.  Glenn Wood was a true Maestro.)   At the orchestra’s inception, Mr. Wood was the Beaver Dam public school string director and would lead our group for nearly 40 years.  The “rec orchestra,” as it was referred to at the time, eventually dissolved its relationship with the City of Beaver Dam and incorporated in 1991 as the Beaver Dam Area Orchestra.  The orchestra became responsible for its own funding and formed a controlling board of nine directors (not the musical kind) who would develop by-laws that would govern the future operations of the orchestra.  I became the music director of the orchestra for the 1992-93 season; I am proud to be celebrating my 20th year!

In the early ‘90s, the “founding mothers and fathers” of our new independent orchestra were extremely adept in the rebranding of the old rec orchestra to the Beaver Dam Area Orchestra.  As of today, nearly 30 different communities from six different counties are represented in a total roster of 80 “area” musicians.  Members currently travel from West Bend, Sun Prairie, Madison, Fond du Lac and Hartford to rehearse weekly with our orchestra.  Several of our current musicians were members of the old recreation orchestra of the 1960s, ‘70s and ‘80s.  Mrs. Betty Henning was a charter member of the original 1954 orchestra while a student at the Beaver Dam High School.  To this day Betty still serves as the BDAO’s principal in the second violin section.

If you have been around the Beaver Dam area for a time, you may remember the old rec orchestra performances at Trinity United Methodist Church.  This was back when the sanctuary of the church faced north instead of south as it does today.  At the time, I was a much younger and much darker haired clarinet player with the orchestra and I can recall the challenges of trying to pack 30 or 40 musicians in a space designed for 10 or 20.  Hauling dozens of music stands as well as instruments and percussion equipment up the hill from the old Junior High to Trinity was not a lot of fun either, especially in December!  Our community’s 1991 addition of the Beaver Dam High School Auditorium offered the orchestra and its audience members a chance to experience our music in a state of the art facility.  I believe our new auditorium also created an atmosphere that allowed the orchestra to grow both physically and musically, which resulted in larger audiences, who in turn became generous sponsors of the BDAO.  It was a true win-win for musician and community alike.

Just like our historic traditions of the band program in Beaver Dam, orchestras also have a rich and varied tradition with strings players first being included in our school music programs way back in 1923.  The Beaver Dam High School Band was formed officially one year earlier in 1922.  While the first recreation orchestra was not established until 1954, there were other orchestras in the area that significantly predated the one the city formed.  Beaver Dam featured a very good orchestra called the Beaver Dam Civic Orchestra and I have included a picture that shows this orchestra in a 1932 performance at the old Odeon Theatre in Beaver Dam (now known as the Rogers Movie Theater) during a live radio broadcast for Milwaukee’s WTMJ radio station.  Notice the formality of this group with all the men in tuxes and the women in long formal gowns.

Fast forward to present day and the Beaver Dam area is still incredibly fortunate to offer a viable musical outlet for musicians of all ages with the Beaver Dam Area Orchestra.  If you are familiar with us, I wish to thank you for your support.  If you are not, I hope you might be able to check us out at our November 17th or December 15th concerts.  The concerts are free and I know we will perform something that you will enjoy!

You can get more information about the BDAO at www.bdorchestra.org.

MOWA Presents: Wonders of the Dells