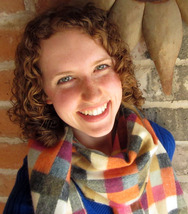 For better or for worse, I am a saver.  In my mind, saving for now equals more for later.  Since I do not have much extra to spend right now anyway, I hang on to most of what I can.  However, I recently learned that sometimes taking a risk and giving up more than what is comfortable could yield unforeseen benefits.

My friend Louise is a retired nurse and a saver like me, but every once in awhile she likes to treat herself to a special event.  For the past year or two, she has attended the UW-Madison Marching Band concert with the graduate school’s alumni group, a special event.  This year, though, she decided to pay for a ticket for a box seat that cost twice as much and provided hors d’oeuvres and dessert during the concert.  When she told me this, I thought the extra extravagance was more than she could afford: Really Louise, was a better view and a slice of cheesecake honestly worth that extra money?  It turns out it was.  Not only did she get her slice of cheesecake, but also she found herself sitting among a prestigious and accomplished group of women.  These women were event organizers, fundraisers, and businesswomen…and apparently they enjoyed Louise’s company very much.  By the end of the concert, they ended up asking her to join their alumni board because one of their members would be leaving soon.  Louise may have never received such an opportunity if she had not paid a little more for her seat.

While I am sure Louise’s decision to buy a more expensive ticket was motivated by a better concert experience rather than networking opportunities, her story taught me a valuable lesson in accomplishing goals: if you want something, you have to surround yourself with opportunities to get it.  If you want to be a successful nurse/entrepreneur/musician, go where those people go and surround yourself with them.  One of my favorite sites is MeetUp.com.  I started using it when I moved to Tucson in order to find friends with similar interests.  Now, though, I use it to advance my career.  I find people who have similar interest areas as me and join their groups.  Yet some of the meetings cost money to attend, and when I blow the dust off my bare-bones wallet, I think, maybe not.  However, I am discovering that rarely do contacts and connections to job opportunities come free.  When you put your hard-earned money down for networking, it says something to yourself and to others.  Money says commitment, motivation and investment.  It says you are willing to risk what you have now to better yourself and the group – you all want to win.  If I want in to a certain professional club, I may have to become a high roller – take a bigger risk and put more money down – in exchange for a greater return.  Then again, I could also buy a ticket for a social event and pursue cheesecake…that seems to work well too.

Viewfinder: For Love and Money

Feature: The Passion Of An Entrepreneur For Business,...