For My Children: Palesnik – Part 1 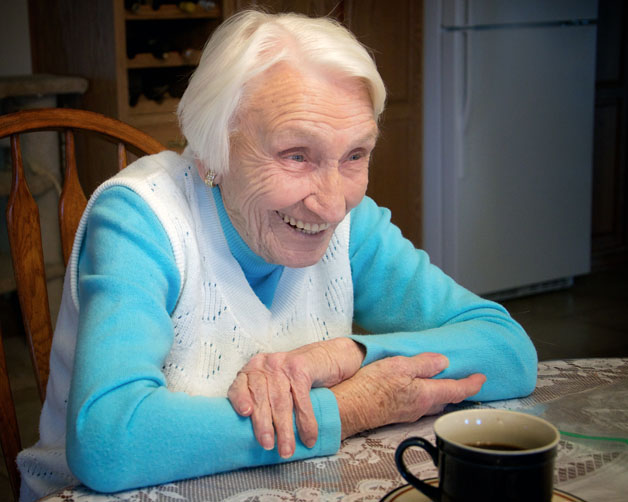 Palesnik, Yugoslavia!  How on earth did we ever get there in the first place?  My mother and grandmother told us kids many times during those cold winter evenings when we were all gathered around the stove and after the chores were done how our ancestors had first come to Yugoslavia.  I can still see myself sitting there, enjoying the hot baked squash, which Grandma had fixed for us as a special little treat, completely enraptured with the story of our ancestors and their settlement of Palesnik.

The story goes that in the year 1756, under the reign of the Empress Maria Theresia, and because Germany was most likely overpopulated, people were given land to settle in what we now call the Balkan States.  Among them were my ancestors.  As far as I can trace back, my origin was very poor.  I am certain of this, because no one who was rich ever left his roots and went into nothing where life no doubt was hard and treacherous.  No one, then, was an opportunist.  Many of the people went immediately to what is now Yugoslavia.  However, my forbearers settled in Hungary in a town called Szentlaslo Co. Somagymegye (Shomagymegye) prior to moving to Yugoslavia.  Each family had their own home and a plot of land and worked for a big landowner, whose name might very well have been “Graf Szatgye.”  That’s where the saying among my people comes from that if someone thought that he was better than the rest, he was known as being “conceited like Graf Szetche.”

These people remained in Hungary until the year 1885 when they again were faced with the same problem, too many people and not enough land.  At that time, Croatia and Hungary were part of Austro-Hungary.  The word spread that land was available for next to nothing in the State of Croatia.  Some men from the town decided that they would go to this Croatia and see for themselves if this story was really true.  Once they arrived there, they found that indeed land was very cheap.  Each man purchased one house and all the land that he could get.  Imagine the disbelief upon their return when they told their families of their good fortune in purchasing so much land.  Surely they had received nothing better than barren desert or mountainous regions where weeds would be their best crop.  Confusion abounded among the families because many of the women did not want to go along with their husbands to an unknown wilderness and leave part of their families behind.  But in those days the woman did not have the last word and where the husband went, so also did the wife.  Thus at the end of January 1885, a wagon train of new settlers left Szentlaslo for the unknown wilderness of Croatia.

The journey probably lasted between four to six days.  Only the most needed items were taken along such as featherbeds, cooking utensils, seeds and clothing.  The furniture had to be left behind as several families shared one wagon.

On the night of February 1, 1885, which was the last night of their journey, the people camped in the forest bordering the road, which was nothing but a mud track.  The weather changed so drastically during the course of the night that by morning the wheels of the wagons were embedded in mud up to their axles.  By then, man and beast alike was hungry and travel weary and when they were ready to proceed, the horses could not budge the wagons out of the mud.  The men whipped the beasts mercilessly which was accompanied by the crying of women and children.  When this failed, the horses were beaten with saplings from nearby trees.  Not until several teams had broken their harnesses did the men finally realize that it would take several teams of horses per wagon to get them onto the main road.  Four hours were lost by the time they were ready to start the last leg of their journey.  Thus, instead of seeing their new home at noon as planned, most of them viewed it for the first time by late afternoon.  The name of the town was Palesnik.  History has it that the town was named after the Turkish Pasha Pales.  The territory had at one time been occupied by the Turks.

And in this way my grandmother and parents told us many times, they started their new life.  Grandma was married one year at this time and still childless.  Her first project after their arrival was to fetch some water.  But there was no well.  After learning that there was a public well approximately two blocks away, she took her container and started out to get some water.  When she arrived there, the line was so long that it took her almost a whole hour to fill her containers and to return again.  Upon her return, she found that her husband, parents, sister and brother had been very busy and had put all their possessions into the house.

The natives of the town had heated the home to take the chill out for the newcomers.  There was so much smoke in the house that they had to open all the windows – exactly two – to let out the smoke.  They had to learn to cook in a different way, as there was no stove.  There was only a chain, which was suspended from the ceiling on which to hang a kettle.  It didn’t matter anyway as the first meal was potato soup which required only one pot. 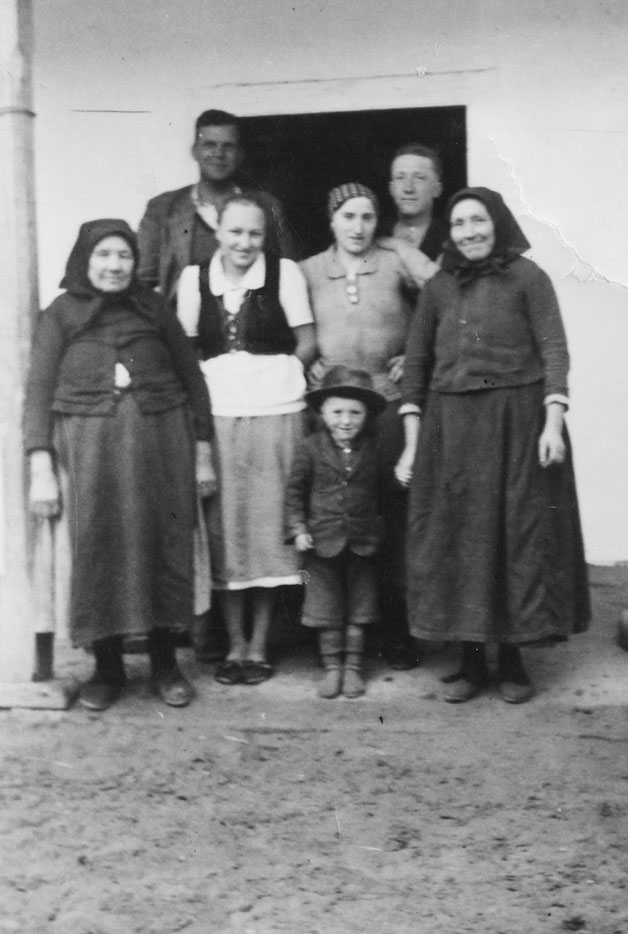 After supper, everyone retired for a much needed rest.  Unfortunately it lasted only one hour.  Everyone was up screeching and cursing as the beds were infested with bed bugs and no one received any sleep for the rest of the night.  Next morning they gathered all their clothing and bedding and put it in a hot bread oven.  The oven was constructed of brick and mortar and was located out in the yard.  They then fumigated every crack in the house with torches, which they had made themselves.  This was repeated for a whole week until everything was clean.  The natives were indignant and blamed the newcomers for bringing the bugs along.

After this little episode, life went on quite smoothly and by the end of February the fieldwork started on the cleared land.  They also began to clear more land.  By the end of the year everyone was happy.  The harvest had been so good that they had never seen anything like it in Hungary.  The soil was good and rich and everything that they had harvested they could keep.  No more giving a share to the big landowner.  This inspired them so much that they worked day and night.   They started to build houses so that families could move into their own as several families lived together in one home.

Some of the men went back to Hungary during the winter, when their work in the fields was less demanding, to bring back some furniture and to tell the ones who had stayed in Hungary how happy they all were about their good fortunes.  The ones who had stayed at home made baskets and brooms or worked at clearing more land.  They felt prosperity in every way and took complete advantage of their good fortune.

The natives were easygoing and happy people.  Grandma told us many times how the Germans would slave until late at night while the Croats would play their harmonicas and dance their Kolo – folkdances – in the street.  They were happy with their way of life.  They grew corn, beans, cabbage and barley.  Their meals consisted of cornbread, sauerkraut and beans – with a little smoked meat – one day, and beans and barley the next.  They knew absolutely nothing about Kuchen or Stollen, or any of the other dishes enjoyed by us and consequently there was a great deal of exchanging of ideas.  The Germans had kerosene lamps while the Croats used homemade oil lamps.  The Germans needed spinning wheels and the Croatian women could spin a nicer thread on a spindle in the dark than the Germans could in broad daylight.  The Germans could not weave while the Croatians were artists with the loom.  The Germans dressed in prints whereas the Croats dressed strictly in white linen of their own manufacturing.

At first the two nationalities lived harmoniously.  But when the Croatians saw how the Germans prospered and that the Germans considered themselves much more superior, this started to create friction and, at the same time, segregation.  The Germans, who at first were willing to learn the Croatian language, soon let them know that they really didn’t need to.  The Croatians made it quite clear that the Germans had been nothing but drifters and were not about to let them forget that they were strangers and would always remain so.

And so it went until one night when the Germans held their dance.  The Croatians came to watch and at first were quite peaceful, but as the evening progressed some very nasty remarks were flung at the Germans to which no one paid any attention at first.  When they saw that they would not get a “rise” out of the Germans, they started to roll pumpkins through the open windows and under the dancers feet.  That was the straw that broke the camel’s back.  The Germans blew out the lights and told the women and children to stay put while the men went after their enemies, beating everyone that they could find.  One man had tried to find safety by crawling into a bread oven.  But he was found and was pulled out and beaten into unconsciousness and for several days remained in a coma.  He recovered but was never allowed to forget that night because for the rest of his life he was known as the “oven crawler.”

The Germans exulted in their victory.  Little did they know that in a strange way they, their children and the children to come would have to pay for that incident.  The seed of hatred had been planted so deeply that it never died until the day we again left Palesnik in 1944.