The Kite: Exercise and Relaxation for Mind and Body 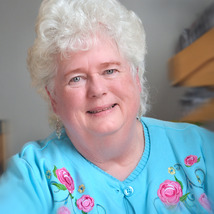 
Kites have been a part of the landscape since 1000 BC, originating in China where there was an abundance of silk and bamboo.  Today we view them as a fun activity when the wind is right, but they have actually been hardworking tools for mankind.  The kite is defined in KITES: an historical survey, written by Clive Hart, as “a heavier-than-air machine held to the earth by means of a flexible line and capable of rising to a positive angle with the horizon as a result of forces created by wind-pressure.”

Kites have been used for measuring, military reasons, civic projects, fishing, gaining atmosphere secrets, and celebrations.  General Han Hsin of ancient China used the kite to measure a distance and win a battle.  He was laying siege to a palace and wanted to gauge the distance between his forces and the fortress in order to create a tunnel that would go under the walls and surface on the inside.  Flying a kite over the walls and measuring the string allowed him to do just that.

The military in the United States has found various uses for kites dating back to the Civil War.  General Butler wanted to let the Confederate rebels know that President Lincoln was offering amnesty to them after the war had ended.  He sent up kites over the Confederate strongholds that had two strings.  One was strong and one was weak, and to the weak one, he attached a bundle of printed promises of amnesty.  When the kite would get over the area targeted, the strong string was slackened causing the weak string to break and shower the promises of amnesty over the hills, plains and forests, where the rebel soldiers could pick them up.

As late as World War II, kites were a part of the issued survival kit for American fliers.  Kites saved lives when they raised the radio aerials from the life rafts of aircrews adrift at sea.

The kite has also aided civic projects.  One special project took place between Canada and the United States.  In 1849 engineers were baffled as to how to begin building a bridge across the Niagara River below Niagara Falls near Buffalo, New York.  The current of the river was too swift for the safe operation of a boat, and in the winter when parts of the river froze, the ice piled up so high that no one could climb over it.  Engineer T. G. Hulett dreamed up an idea and announced, “We’ll have a kite flying contest.  I’ll pay $10.00 to the boy who can fly his kite across the river to Canada.  We’ll announce the contest at school.”  Homan Walsh, a young boy in school, really wanted that prize.  He tried all day and into darkness on the day of the contest, but his kite caught on a block of jagged ice in the stream and was lost.  He was not going to give up.  He went home and built another kite.  Appearing at the river the next morning, he told Mr. Hulett, “I want to try again.”  Mr. Hulett said, “Son, we’ll let you try as long as you want.”

Homan’s kite soared toward Canada, and Homan tied a piece of clothesline to the end of the kite string letting the kite come slowly down on the Canadian shore.  Men waiting on the shore pulled it across the river and secured it.  Next a series of heavier lines and eventually cables were drawn across the river, allowing for work to commence on the first railway suspension bridge connecting the United States with Canada.  Homan’s kite became known as the kite that “built an international bridge.”

Kites made from a large tropical leaf on a line were commonly used for fishing in the South Sea Islands.  Hooks were suspended from above and no tell-tale shadows were thrown upon the water so that fish swimming close to the top of the water were not frightened and would lite upon the meal.  Because of the string and hook, no tail was needed on the kite and most often the kite was flown from a canoe, making the capture of the fish easier.

In Japan kites are part of the Boys’ Festival, which is a celebration for every household where a male child was born in the preceding 12 months.  Huge kites are flown and often a fish is used for the design of the kite.  Carp, a hardy fish, is a favorite chosen for the kite as it represents a son’s progress through the “river of life.”

After the creation of the airplane, kite flying took a decline.  In fact, many people scorned it as an idle waste of time – hence the term “go fly a kite” has become a derogatory expression.  However, kite flying is gaining in popularity once again and the Wisconsin Kiters Club, a group with about 120 active members, is planning a Roundup July 19-21, 2013, at the Dodge County Fairgounds.  Participants will come from all over Wisconsin and Illinois to participate in the Roundup, and the public is invited to come in FREE OF CHARGE to witness the spectacular kites flown during the days and nights.  Yes, even night flying is done with lights on the kites.

Kites of all types can be seen at the Roundup, single line decorative kites, stunt/sport kites and multiline power/traction kites.  Single line kites are flown with a single line, while the stunt/sport kites are flown with two or four lines and are designed for maximum maneuverability.  The true experts demonstrate the multiline power/traction kites, which are flown with two, four or five lines.  These kites are designed to harness the wind’s power and can create enough power to pull an object over land or water.

At the Roundup in July, it will not be unusual to see a kite that is 15 feet across.  Those in the club arrive with vans full of kites to fly.  At the Roundup, one will see large kites tethered to the ground, because once the kite is launched and secured, its owner can sit back in a lawn chair and visit with neighbors and the public.  The Dodge County Fair Grounds is a beautiful place for the Roundup.  Kites need a lot of open area without electric and telephone poles close by.

Bob Ingram, past executive director of the American Kite Fliers Association, is quoted:  “Kite flying is a way that those with artistic souls can temporarily decorate the sky, leaving it unmarred at nightfall, containing no debris to impede the passage of the night winds.  Kite flying is a key to greater and badly needed human sociability without sinister or commercial goal.  It is apolitical, non-sectarian and a means of the soul’s better expressions.  In the kite are man’s finest desires.”

This & That: Brain Trust