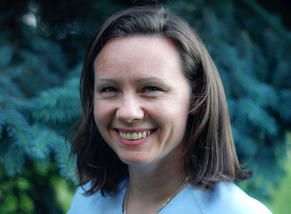 Article and Photos by: Michelle Roth

Late in the fall of 1994, a small group of optimistic water skiers sat down to discuss forming a show water ski team in Beaver Dam.  Despite the fact that Dodge County has a rich history in waterskiing, the group had doubts of whether the idea could be implemented.

Show water ski combines the athleticism normally seen in body builders with the flexibility and balance prevalent in gymnasts to create a themed show performance on water skis.  Shows are meticulously planned with a variety of acts, all choreographed and set to music.  Skiers wear bright costumes and are pulled behind a boat performing stunts.  There are freestyle jumpers, members who perform tricks skiing both forwards and backwards, and human pyramids that build on the water.

Only 10 people attended the first official meeting 19 years ago, but that did not stop the group from assigning officers and recruiting members to start skiing the following summer.  They relied on their love of the sport and their hope of bringing the tradition of waterskiing back to the area to override their doubts of convincing the city and building the team.

The group named themselves the Beaverland Must-skis and asked the community for help in designing a logo.  Through the winter of 1995, membership slowly grew to 42 members that first season and the team began indoor practice at the YMCA.  They practiced climbing pyramids in the pool, taught skills in the gym to new members, some who had never skied before.  But the team provided an open opportunity for any individual wanting to join. The Must-skis were, and still are, confident in their ability to teach interested individuals to water ski.

After getting insured and obtaining articles of incorporation, the Must-skis were allowed to use Tahoe Park in Beaver Dam for their shows.  It would be 7 years before the team was allowed to use the park for practice, so every practice the team shuttled equipment across the lake with a boat.  Since the team’s formation, they have built the beach and provided the docks that are now used publicly. They expanded the shelter and are a large contributing factor to what Tahoe Park is today.

The Must-skis placed first in Division III for their first state tournament in 1997.  As membership numbers grew and the team gained talent, they moved up to Division II, performing larger acts with greater degrees of difficulty.  Back to back 1st place titles in 2006 and 2007 moved the Must-skis up to Division I, where they compete today with the largest and most talented teams in the state.

Four of the original members and founders are still involved with the team.  Erich Zellmer, team president; Jeff Cupery, who began as team treasurer and is now a boat driver; Randy North, once a barefoot skier who now announces the shows; and Jim Viola, who skis in pyramids and defies gravity doing flips as a knee boarder.

The Must-skis are a non-profit group and receive their revenue from sponsors, their ad book, an annual spaghetti dinner and concessions during the shows, as well as revenue earned from their assistance with the annual Lake Days festival.  Members pay dues as well, although the fee for an individual skier has only increased $20 since the team began, keeping the program an affordable activity.  The members provide all of the hard work, manpower and dedication required to create and implement the shows. 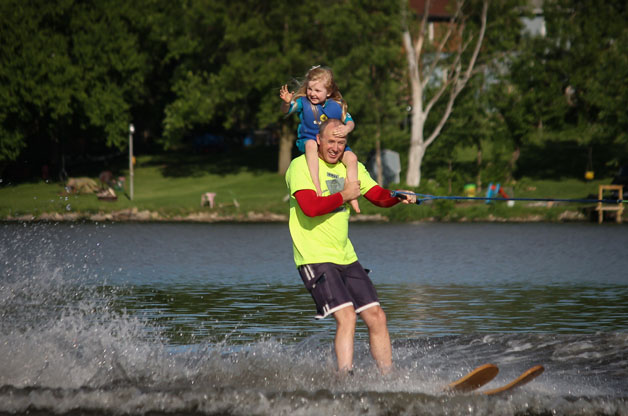 The Must-skis call themselves a ski family.  They spend 4 nights out of the week together throughout the summer, practicing and performing shows. They teach lessons on hard work, determination, endurance, balance and agility, both on and off the water. The team is comprised of mostly families, who spend their evenings at the lake together learning new skills and supporting each other.  The team’s oldest skier is 58; their youngest skier just turned 4 years old.

In their 2012 season, the Must-skis placed 6th in the Wisconsin State Waterski Show Championships and 10th place at Nationals.  Last year, the team performed a five-high human pyramid in competition, one of only five teams in the country to perform such a feat.  They also participated with other teams in the area in the world record 54-skier pyramid in Wisconsin Rapids.  They travel all summer to tournaments and competitions in the area and across the country doing what they love.

The Beaverland Must-skis performed 21 free shows in 2012, with 15 of those performances held at Tahoe Park in Beaver Dam.  In addition, the team sponsored two learn-to ski clinics during Lake Days, with the team donating their time, boats, gas and equipment to assist young skiers to learn or advance in the sport.

The team now has approximately 100 members and is always looking for new recruits to join their ski family.  The performances remain free to the public and can be viewed every Sunday evening at 6 pm at Tahoe Park from Memorial Day to Labor Day, rain or shine.

This & That: Trust Your Car to the Man Who Wears The Star

For My Children: Chapter 9

Stuck in the Middle with You: Surviving in...

The Arts Lead to Good Grades and Good...