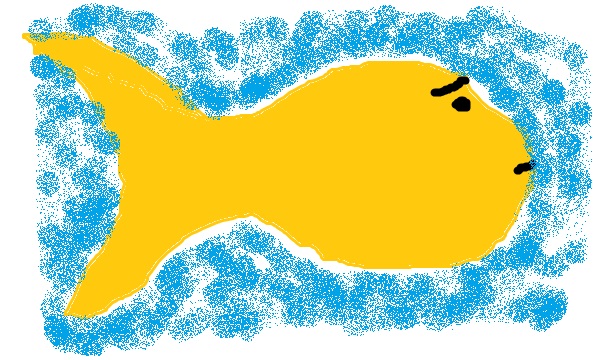 Information passes unchecked quite regularly from source to source in the misinformed egocentric world we live in.  It is not too rare to hear a person spouting words that reflect nothing short of pure hatred, not to say the hatred is pure… perhaps the word polluted would better suit feelings of hate.  This venue says this about that and that’s why I hate so and so.  Wow… let us stop and celebrate such a well-founded and developed thought process.  Through limited perception we make limitless claims with no seeds of doubt to be spread.  Bear in mind that this is merely an observation, and that as you’ve been nodding along, not necessarily from agreement, with such rants you have only succeeded in finding the footholds of such thoughts.  There is a next step.  Imagine baking a cake, but never taking it out; people overcook and burn their thoughts in much the same fashion.  They buy into ideas under the guise of popular viewpoints supported by nothing more than polluted thought, riding the bandwagon until it inevitably loses a wheel.  The next step is to take the cake out and test it.  Be sure to share your cake with others, as addressing multiple taste interpretations is necessary in sustaining a bakery.  This was going to lead into a story about a nice little neighborhood where fish would gather daily around a market.  The story would then evolve into some, hopefully, thought-provoking insight that many have witnessed, but never really took the time to consider.  Please take a moment to reflect on this and imagine a story about fish going to the local fish market, for the fish not of the fish, and come to some profound conclusion which you can now share with others.  While you’re doing this, please read the provided story.

Fish flip and birds flap.  This is something that is rarely, if ever, contested.  Flapping, obviously derived from flying and slapping, is a function birds use to slap the air repeatedly in an effort to lift their bodies from the ground.  A person can flap, but fail to gain the intended consequence of flight.  Failed flight from flapping is referred to as flailing, thus humans flail.  Now we take a fish.  A fish flips, as too does a person.  As of now you most likely think of the word flip as going end over end and are imagining a fish’s fin going end over end.  After reading that last sentence you’ve now jumped to the idea that flipping comes from the idea of kicking flippers.  Two problems arise from this, the motion is not called flicking, and fish don’t have flippers.  Fish flip, as was said, the same way things are flipped at a bazaar or market.  In fact, fish are the savviest of flippers as far as this world is concerned.  You see, fish buy items from one venue for cheap, and sell them at another for profit.  The oddest, most paradoxical aspect of this practice is that these markets, though separate, are in close proximity, and the average fish, though a savvy flipper, is not a savvy consumer.  Now you may say how can one buy something knowingly cheap, due to a deep understanding of markets, and yet not be a savvy consumer.  It’s quite simple, a fish is susceptible to propaganda and impulse buying.  When a fish is told it needs something it buys it without question.

So let us make our way to the fish market.  Here we see kingfish, ladyfish, red fish, mackerel, clown fish, flounder, fine-spotted porcupine fish, Moorish idol, blue tang, yellow tang, and any other fish imaginable.  Even the occasional shark is not uncommon amongst the markets; in fact, they have their own stand.  Now, as was said, the markets take up a relatively small portion of the ocean, but it is always bustling.  In fact, there are times marine biologists panic about various fish populations before they remember to check the market before making any outlandish claims.  Fish do not attack each other at these venues as they have learned in their various schools that such behavior is quite inappropriate.

Every species of fish has its own stand at the market.  The clown fish are known for selling pieces of anemones, and promise their customers that they provide great protection from whatever it is the buyer fears, regardless of rationality.  The rays often sell various seashells they find, the sharks sell their teeth, but it is the tuna who sell the most interesting of items.  You see, tuna are on the constant lookout for manmade items such as hooks, nets, and anything alien to their world.  Now, obviously, fish sell other items and that’s how the market works.  If a Spanish mackerel finds a shell they will sell it to a ray, who will buy it for a low price, and then the ray will sell it for profit back at their stand.  At the same time, the mackerel may sell a pet krill to the ray for profit, for mackerel are savvy in the pet krill market, which the ray had sold to it for an overly reasonable price just five minutes before.  Everything works quite favorably in this fashion, and the fish find little to complain about, which is a common level, if not the only level, of complacency fish experience.

Sorry I fibbed earlier.  There is no story to be found here, just a brief overview of how fish markets work.  Fish shout through the waters and announce great sales on items a fish simply cannot live without.  Groups of fish then swarm around the counters and buy out supplies, which the seller will then buyback and resell.  I will not go into the life of one of these flipping fish and highlight the ups and downs of its life so a reader can experience the struggles as a fish and grow to appreciate the aspects of their lives they find parallel their own experiences, as most humans will struggle to relate to fish.  Instead I leave the fish to barter and consume in their fish markets which exist on white tooth shelves, in the mouth of several large mouthbrooder fish, so large that they are capable of housing several whales.  It is here things are bought and sold with little thought, and it is here that fish believe they cannot live without whatever the next thing is they are demanded to purchase.  To be a complacent fish is a reality that is so effortlessly attained, I cannot imagine why anyone would want to strive for anything more.