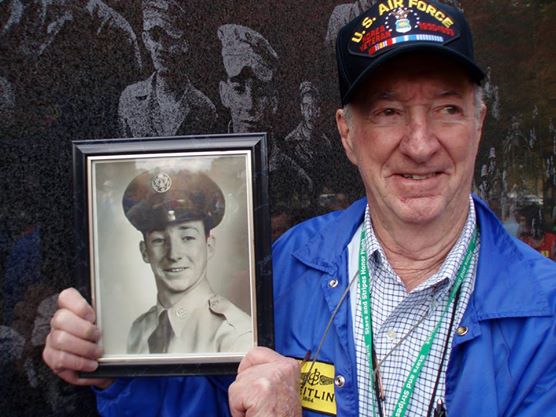 I need to start by saying how much I respect what you’ve done for our family. This family wouldn’t be what it is if not for your hard work and dedication as a husband, father, and grandfather. Virtually every member goes to you for advice, and cares greatly about your opinion regardless of whether what you have to say entertains their ideas or not. You are an integral piece of the foundation from which we build.

I read up on the war. Without the media coverage of WWII and Vietnam, the Korean War has become America’s forgotten war. After brief research, I believe more than ever that this war deserves eternal recognition. Every war does. The tragedy that is war owes it to those involved to remind future generations as to why it must always be considered a last resort. For whatever reasons this war was deemed justified, it stood as a beacon for every country involved, promoting patriotism within their walls. From the massacres to the bombings, patriotism is temporarily dismissed on the battlefield when everyone remembers that we’re all just human, and we don’t want to die young. I write this, not to make light what you and others have done, but to remind myself that what I have is important. And that what I have comes at a great cost.

One thought I can’t dismiss is how important it is countries stay united. They should not be torn apart by idealists. I look at the United States. When a state threatens to secede, they speak through ignorance. They have aggrandized minor values to the point of disregarding overly apparent truths. This is what the war and your efforts beckon to me.

This was the first war in which jet aircrafts played a central role, and an Air Force mechanic was detrimental to any success that was to be had. Strategic bombings to take out bridges and detour ground troops determined who would win and who would lose. I am in awe when I think of your contributions to the war. It would be nice if strategic attacks, resulting in minimal loss of life, were all that were necessary to end a large-scale conflict.

Thank you for everything you’ve done. I have no doubt that you always did what you thought was right, and you did it hard in hopes to inspire others to be something more. I strive to carry on this tradition by my own means, but with the same spirit and fervor you’ve demonstrated.

Thanks for truly being great. Your kindness and ingenuity will forever be a standard worth adhering.