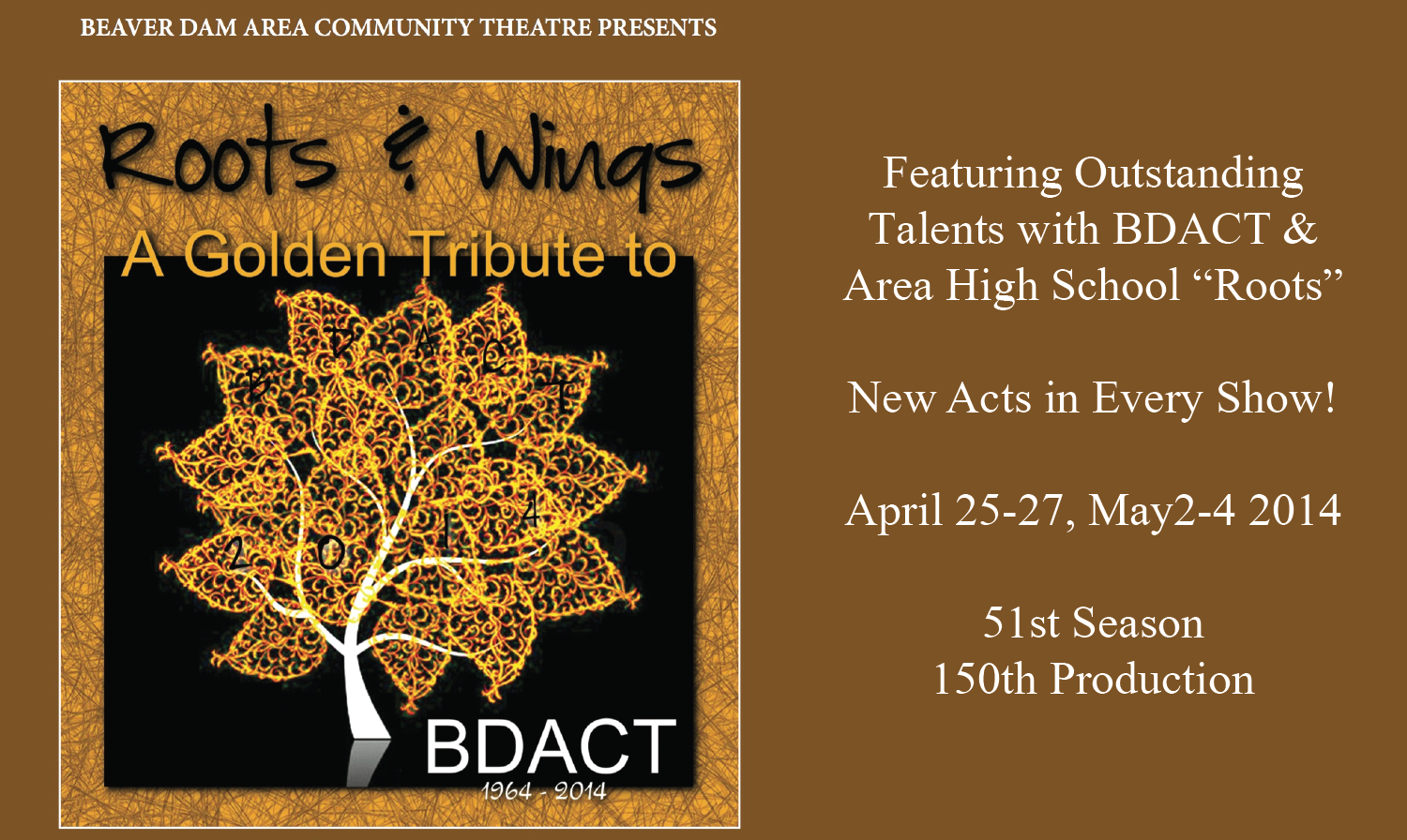 In celebration of Beaver Dam Area Community Theatre’s 50th anniversary year, audiences are in for an exceptional entertainment treat with the return of more than twenty-five outstanding performers who have their roots with BDACT and area high school stages. On the weekends of April 25, 26, 27, and May 2, 3, and 4, BDACT will present its main stage spring show, “Roots and Wings – A Golden Tribute,” with six different shows featuring vocalists, instrumentalists, and other performing arts professionals from New York, Nashville, Minneapolis, Chicago, Milwaukee, and Madison, as well as popular talents in the larger Beaver Dam area.

Profits from the “Roots and Wings – a Golden Tribute” shows will be equally distributed for BDACT operations and the current building improvement fund drive.

For further details about individual performers for each of the six shows see BDACT’s Facebook and www.bdact.org. Tickets at $15 are at Rechek’s Food Pride, Beaver Dam.

Auditions Set For “Always A Bridesmaid”