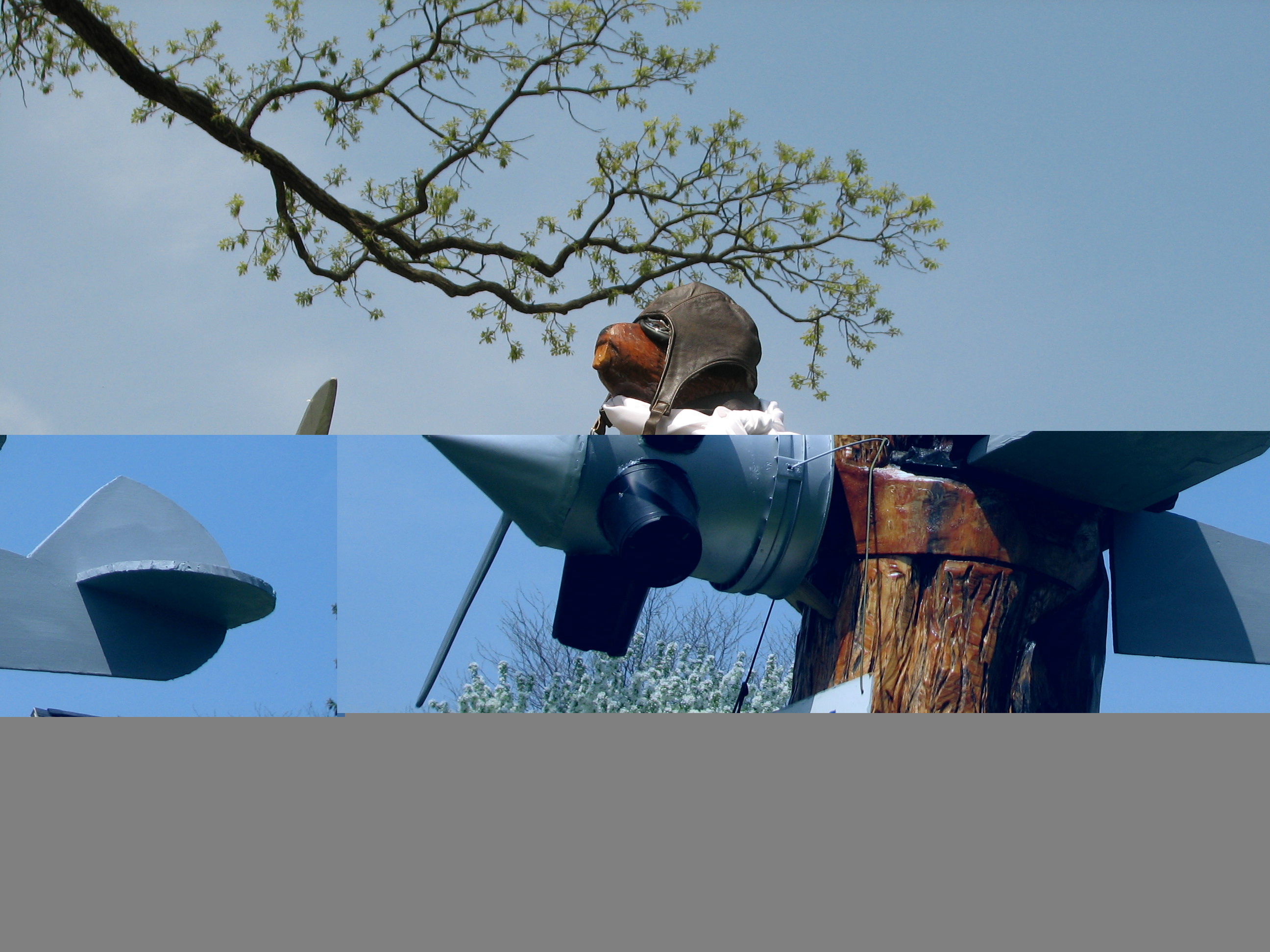 Lucky Lindy
In May of 1927, Charles LindBeaver piloted the Spirit of St. Louis on the world’s first non-stop airplane journey from NY to Paris.  He was a brave young anonymous barnstormer/airmail pilot who attempted (on a shoestring) what six well-known aviators had tried — and died while attempting. After his remarkable flight, he was no longer anonymous.  Not by a long shot.  In fact, he was proclaimed by Time Magazine to be it’s first “Man of the Year.”
Here’s what the famous aviator, Elinor Smith Sullivan had to say about Lucky Lindy:

“People seemed to think we [aviators] were from outer space or something. But after Charles Lindbergh’s flight, we could do no wrong. It’s hard to describe the impact Lindbergh had on people. Even the first walk on the moon doesn’t come close. The twenties was such an innocent time, and people were still so religious—I think they felt like this man was sent by God to do this.”

A special thnx to Ed for his assistance on this beaver costume.  Which reminds me:  if you ever have a hankering to dress up the beav — just give Beaver Headquarters a phone call . . .

May 31st is SAVE YOUR HEARING DAY!