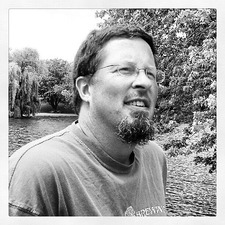 The Largest Small-town Music Festival in the World

Horicon has been quietly building a reputation over the past five years as a place where Wisconsin’s best bands can be found tucked away in the intimate venue of Kiwanis Park every Wednesday evening.  What started in 2009 as a concert in the park, hosted by the Horicon Phoenix Program with Mayville Steel Drums, has evolved into a program called Music At The Market.  This summer concert series has grown to 19 weeks of music and events throughout the summer featuring some of the best musicians in the Midwest, hands-on children’s art workshops, craft beer and soda, community cookouts and the Horicon Farmers Market, one of the best farm markets in S.E. Wisconsin.

Taking another huge leap forward in 2013 with the first-ever Jersey Street Music Festival, the Horicon Phoenix Program began work on solidifying Horicon’s reputation as the place to go to find bands who are just on the verge of becoming national acts.  The 2013 Jersey Street Music Festival featured 8 Wisconsin bands including Blessed Feathers, The Vitrolum Republic, and Hugh Bob and the Hustle who have most recently had their work featured in the television show Nashville.

Never happy to be content with past successes, the Horicon Phoenix Program hit 2014 with an aggressive plan to expand the Jersey Street Music Festival to encompass a 3-day weekend June 20-22, 2014.  Going toe-to-toe with some of the larger festivals in Milwaukee, the Phoenix have scored the best line-up of artists found anywhere in the Midwest in 2014, with 18 bands bringing their different music styles to the Horicon Marsh in a musical celebration unlike anything seen in Dodge County before.

The Wisconsin Area Music Award winning country music trio the WhiskeyBelles will headline the 2014 Jersey Street Music Festival on Friday, June 20.  An incomparable Milwaukee Latin jazz orchestra De La Buena kicks off the 2014 summer solstice in fine fashion on Saturday, June 21.  Then on Sunday, June 22, indie rock band I’m Not A Pilot will bring the festival to a close with their classically infused pop music.

Another showcase band in 2014 is the songwriting sister duo Vic and Gab who have been featured on the MTV reality tv show Skins as well as more recently performing at the 2014 South By Southwest (SXSW) Music Festival in Austin in March of this year. The sisters will bring their powerful and groovy indie-pop music to the Fest on Saturday, June 21.

This year the Jersey Street Music Festival is also reaching outside of Wisconsin to feature some of the best travelling acts currently performing, including one of the hardest-working bands in the country, Mutts, who will be performing on Saturday, June 21.  Voted one of the best emerging bands in 2012 by Chicago’s The Deli magazine, Mutts play a gritty, heavy and dark brand of Americana and have a great deal of fun while doing it.

Victoria Vox is a Berklee College of Music degreed artist who has been honing her songwriting and voice for the past ten years, performing on the ukulele around the globe in Australia, Europe, Canada, and across the USA.  Originally from Green Bay, Wisconsin, Vox now lives in Baltimore, Maryland.  Victoria brings her beautiful voice, great melodies and loads of charm to the Jersey Street Music Festival Sunday, June 22.

CandyRat Records recording artist Calum Graham arrives in Horicon from Toronto, Ontario Canada where he has returned from travelling throughout Europe and Germany with famed guitarist Don Ross during the Spring of 2014.  Calum was the youngest-ever winner of the Canadian Guitar Festival, where he won first place in 2010 at just 19 years of age.  In March of 2014 Calum was selected as one of 30 Great Guitarists Under 30 by Acoustic Guitar magazine.  Coincidentally (or not), the song that put Calum on the international map is called “Phoenix Rising.”  Calum takes the mainstage on Sunday, June 22.

Staying true to its local roots, the Horicon Phoenix Program is also featuring a number of local solo artists including Carrie Ann Seymour, Roxie Beane and Matt Davies, each of these artists has contributed significantly to the Wisconsin arts community.  The festival boasts music of almost every genre, and the complete lineup can be found on the Horicon Phoenix Program website at www.horiconphoenix.com/jerseystreet.

Free to the public, the 2014 Jersey Street Music Festival offers much more than just music.  Striving to be an inexpensive, family-friendly event, there will be a petting zoo in operation from noon to 5:00 p.m. on both Saturday and Sunday.  Inflatable rides will be available for the kids for a nominal fee Friday through Sunday.  Face painting will also be available. One of the highlights of the festival weekend will be the opportunity to participate in a walking parade around the block with the celebrated Wisconsin Conservatory of Music Samba Unit and Samba Dancers led by Julio Pabon and Cecilio Negron, Jr.  The Horicon Aquatic Center will be operating all weekend with $1.00 from all pool passes purchased on Saturday going to the Horicon Phoenix Program’s Discher Park Dance Hall restoration project.

For the adults, a competition volleyball tournament will be held on Saturday, June 21.   Wild Goose Fine Arts United will be hosting an art show in the Discher Park dance hall on festival grounds from noon – 6:00 p.m. on Saturday and Sunday.  To help raise revenue to pay for the event, 50/50 cash raffles will be held hourly all weekend long.

Food and beverages will be available throughout the weekend with famed Taste of Horicon being held at noon on Saturday, June 21.  Horicon American Legion Post 157 will be operating a beer tent Friday through Sundayand other service organizations will be operating foods stands during the festival weekend.

The Largest Small-town Music Festival in the World is right in your backyard June 20-22!  Well, maybe not your backyard, but at Discher Park in Horicon.  We hope to see you here! 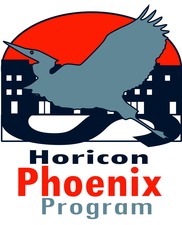 About the Horicon Phoenix Program

A conversation at a New Year’s Eve party inspired four Horicon residents to form a group dedicated to improving Horicon.  Instead of focusing on what the town didn’t have, the conversation focused on how Horicon could be better and on possible ideas for the town to bring to life.  Bob and Jenni Rettmann, along with Jennee and Tory Harmuth, saw the need for an advocacy group – a group that would take grassroots ideas and activism, and use it to promote businesses, historical sites, and tourism.  A group that could help put into action the ideas they had discussed.

The group formed in February of 2007 and was modeled after the Wisconsin Main Street Program.  Its first project was to attempt to create a bike trail through Horicon.  Several fundraisers were held but city officials vetoed the plans.  Over the next year, the group struggled to find its niche, enjoying moderate success as other individuals came to the group with ideas.  In 2008, the group received permission from the city for a community garden that soon grew to include a pavilion, a shed, and a water-storage tank.  The group started a farmers’ market in the park during that same year, and as donations and funding for the group increased, so did its scope.

The next few years saw more growth of membership.  Other events were added: the Music At The Market free summer concert series, a Labor Day Weekend Celebration, and in 2011, Winter Festival.  Projects advanced and were completed including the construction of a disc golf course and implementing small business grants, college scholarships and community recognition awards.  The group also began to partner with other organizations, such as the high school FFA and the Horicon Public Library.  The group grew to include 25 members and volunteers.

What is unique about the Horicon Phoenix Program is that anyone can come to the group with an idea and see that idea become a reality – as long as they agree to spearhead the project.  The Phoenix finds the funds and Phoenix volunteers help to see the project through to completion.  Today the group is a viable force – visibly making Horicon better.  The group has plans to upgrade playground equipment, renovate city buildings, build Little Libraries, create a small business center, and of course, the Biggest Small-town Music Festival In The World, the Jersey Street Music Festival.

In the future the Horicon Phoenix Program plans to keep doing what it was created to do: building their community and creating a unique culture for Horicon and its residents.

More information can be found on the web at www.horiconphoenix.com