Nation of Patriots Partners Up with Scag Power Equipment 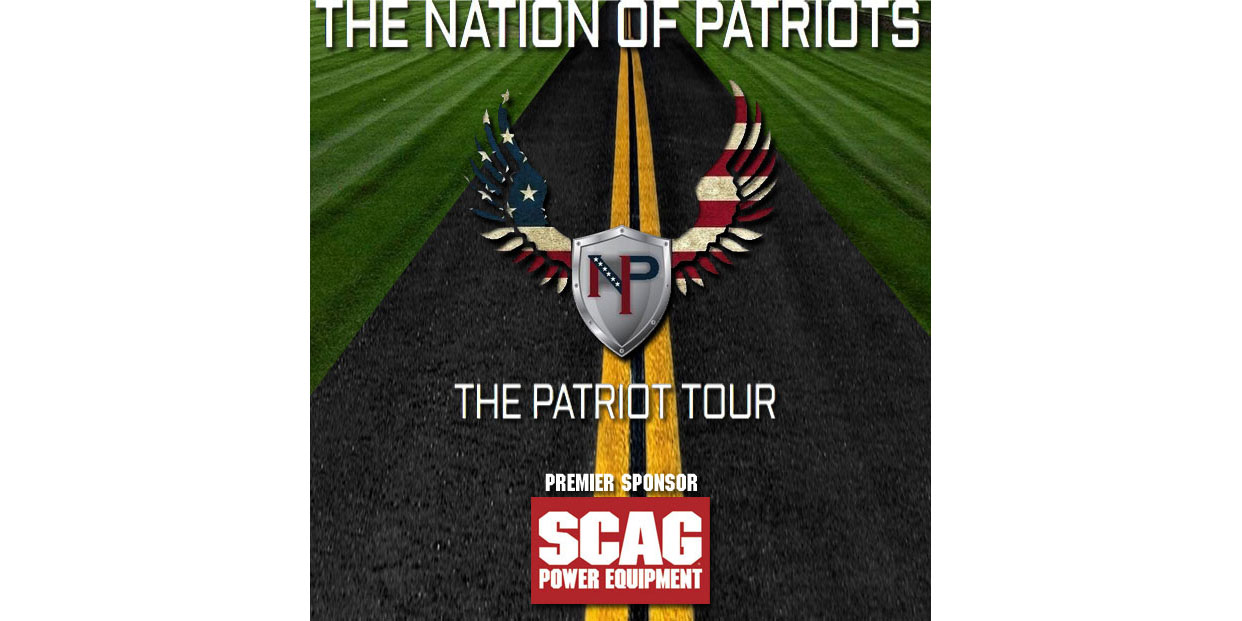 The Start of The Patriot Tour

The Patriot Tour begins Memorial Day weekend.  A massive group of riders escorts one American Flag on the back of a motorcycle for 100 days, making 100 stops in 48 states.  During Labor Day weekend, the flag concludes its travels, making it full circle and arriving back in Wisconsin where the tour originated. The Patriot Tour stops in 100 different towns and cities drawing out as many proud Americans as possible. It’s free to participate and open to anyone and everyone.

According to John Crowson, President of Scag, “Our support of the Nation of Patriots and Patriot Tour was an easy choice.  The men and women of our Armed Forces have made, and continue to make unimaginable sacrifices for our freedoms, and we are honored to give something back.”  He adds, “Our products are made in Mayville and West Bend, Wisconsin, by hardworking Americans who appreciate their freedom and the sacrifices made by those in the U.S. Armed Forces.  Moreover, we are proud that Scag products are built and supported by many former military personnel themselves.”

The Nation of Patriots was formed in 2009 to provide financial support to those who have served in the United States Armed Forces and their families.  It is an independent, non partisan, 501(C)3 nonprofit organization which prides itself on giving 100% of all donations received directly to the veterans they strive to help.  The Nation of Patriots works with VA facilities and many other veteran organizations to locate and select veteran families based on specific criteria.  To learn more about the Nation of Patriots and the Patriot Tour, including the full schedule of stops and how you can contribute or join the ride, visit their website at www.NationOfPatriots.org.

Scag Power Equipment, a division of Metalcraft of Mayville Inc., is one of the largest independent manufacturers of commercial lawn mowing equipment in the United States. Metalcraft of Mayville Inc., an ISO 9001:2008 Registered company, manufactures products in its two facilities, totaling over 680,000 square feet, located in Mayville and West Bend, Wisconsin.  For more information about Scag Power Equipment and its products, visit their website, www.Scag.com.

Look for Weekly Updates on The Patriot Tour presented by SCAG:

Events for the Week of June 30th

“A Message from Jessie”