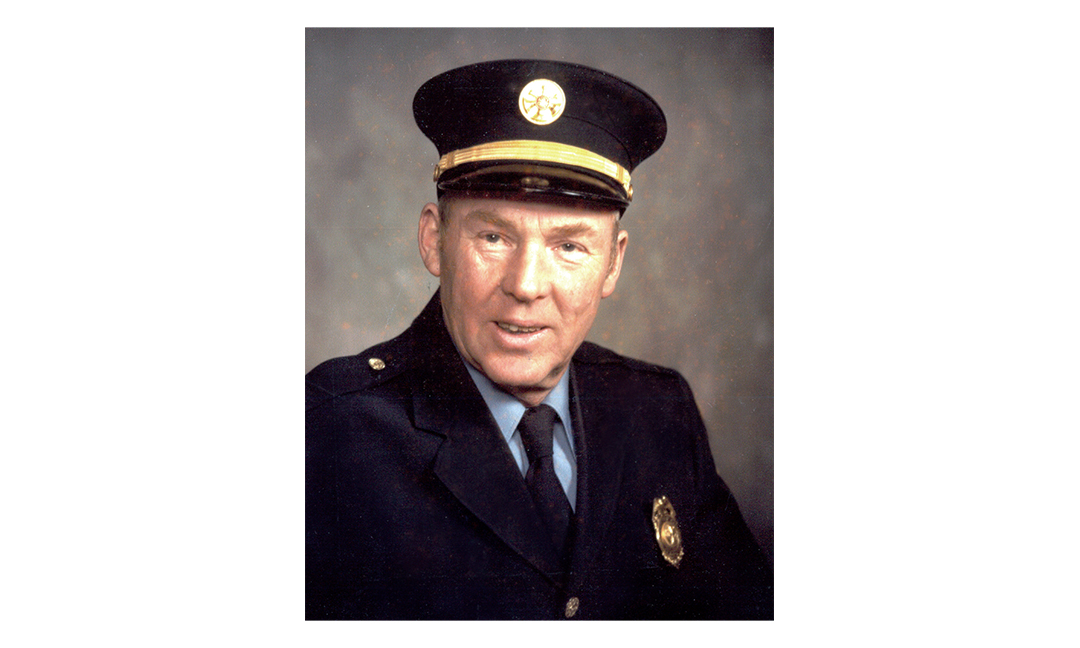 James F. Kaiser, 87, of the town Westford passed away peacefully on Sunday, August 10, 2014 at the Beaver Dam Community Hospital.

James Francis was born on March 21, 1927 the son of Frank and Mary (Rose) Kaiser in Beaver Dam.   He was a Beaver Dam High School graduate.  He proudly served his country in the United States Navy during WWII in the Pacific Theatre.  On September 16, 1961, he was married to Ann Mack in Wilton, Wisconsin.

Jim had been a volunteer with the Beaver Dam Fire Department for 33 years, retiring as assistant chief.  He was also a lifetime carpenter and had worked for A1 Contractors for over 15 years.  He had been a member of St. Katharine Drexel Parish. He was also a member of the Beaver Dam American Legion Post #146.  Jim enjoyed his trips to the “Tar Paper Shack” in Winter, Wisconsin.

Jim is survived by his wife of 52 years Ann; his son Mark Kaiser and his daughter Mary Jo (Brian) Budde; his grandchildren: Elizabeth Kaiser, Eben Owens, Brett Budde and Zachary Budde; and his brother Richard (Maxine) Kaiser all of Beaver Dam. He is further survived by nieces, nephews, other relatives and friends.

He was preceded in death by his parents, his twin sister Jean McCarthy, sister Rosemary Sieja, daughter-in-law Linda Kaiser and brothers-in-law: Ron McCarthy and George Sieja.

A memorial gathering will be held on Wednesday, August 13, 2014 from 4:00 – 7:00 p.m. at ST. KATHARINE DREXEL- MISSION HALL, 408 S. SPRING ST, BEAVER DAM; the Beaver Dam American Legion Post # 146 to meet at 6:45 pm to pay their respects. A memorial gathering will also be held on Thursday, August 14th from 10:00 – 10:50 a.m. at St. Katharine Drexel Catholic Church, 511 S. Spring Street, Beaver Dam with a Mass of Christian Burial to begin at 11:00 a.m. with Father Michael Erwin officiating.  Inurnment will follow at St. Patrick’s Catholic Cemetery in Beaver Dam. Graveside Military Honors will be conducted by the Beaver Dam American Legion Post # 146.

Memorials may be directed to the Beaver Dam American Legion Post #146.