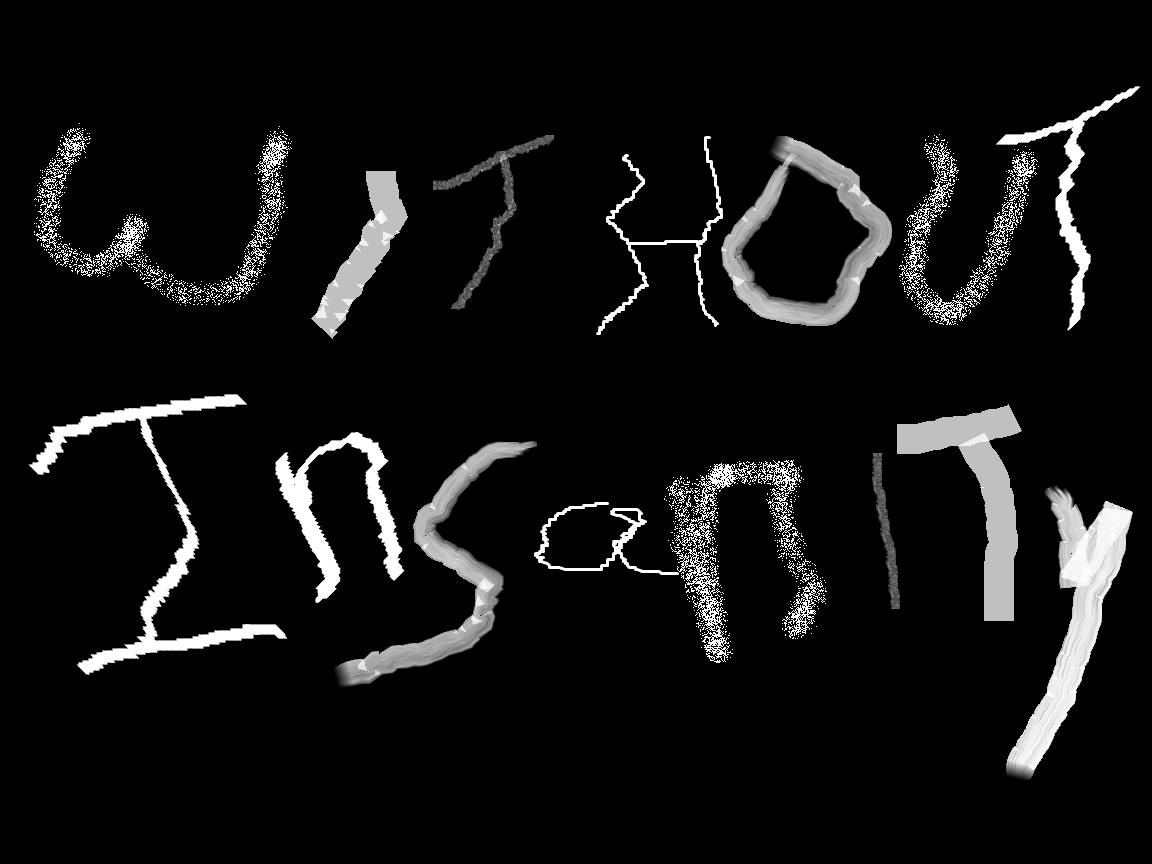 “It is the eyes that blind the mind.”

The table which seats the three shrinks in the eyes of the Third as the man, stout and arrogant, grows in his desires to strangle the thin woman who questions uncertainty with uncertainty. The lodge darkens in these moments, as though a train passes in a roar and quiets in a Doppler Diminuendo.

“Nonsense you say? Is it not in the eyes that see outward while the light fights to get in? Is not it the mind seeking the light, and the eyes working as the dragon guarding its stolen lair?”

“See, nonsense. What is that supposed to mean. Eyes are dragons? It’s embarrassing that I continue sitting with you in these mindless discussions.”

“I’d like to ask you a few questions if you don’t mind.” The officer stands across from the Third. He works not to project his authority, but deems the observer of the murders guilty before trial. “Just a few questions is all.” The officer pulls out a notepad and pen as he stares into the eyes of his suspect, hoping to catch a falter, a twitch, anything that would confirm his established suspicions.

The Third sits, lost minded, as the officer begins pacing about. The stout man and the thin woman lie dead as possums, perhaps only playing death’s game. The room, gray and toned industrial, seems too small for the officer’s stretched steps. The room expands as needed to fit such unpredictable strides. With an abrupt turn to the Third across a metal table, the officer slams his hands down and abandons himself. “Why did you do it? You killed them, you did. Now you don’t care.” The room centers the officer as a cyclone. “You won’t notice.”

The days grow longer as does a life ignored. Each new cycle a stretching task to reach the end. The bed becomes sanctuary from the world’s monotony. Reason abandoned, insanity abandoned, now only lives disinterest. It was that the world used to be complicated with its intricacies being unpredictable yet within reason, and now the world is no more complicated than a ball rolling down an alley. End over end with a dull hum for temporary eternity.

At work the task is simple, the means no more complicated than the end. The Third goes about the business of the business as is regimented. Any anomaly is met with regularity, and every insight is abandoned with redirection. Above the entrance are the words, “You are part of something larger than yourself.”

“Perhaps you’ll respond to the back of my hand!” The officer’s breath coats a dusty air with something sour and off, like licking brine from sand coated lips after sipping a poorly mixed margarita. The officer bulks a fist and throws it into the Third’s stomach. Meeting the blow with disinterest, the Third sits still as a second punch finds the chest, a third the head, and a fourth the neck. A poor-man’s CPR, an overcharged defibrillator, the actions do nothing to stir the Third.

“Of course they’re there.”

“Then why is there no response to their thoughts?”

“It isn’t because they aren’t there.”

“Open wide.” The Third follows the doctor’s orders with precision on meeting the minimal expectations of such circumstantial requests. The white room, what a thing. Sterile, to feel uncomfortable being a place where comfort is the result concerned. Like walking into the room in grandma’s house that is only used on Christmas day so that everything is perfect one day a year. This room, however, is used every day.

“There, there,” The doctor pulls out a needle now full of blood, “that wasn’t so bad.”

“I’m sorry, what was that? Did you try to speak?” Silence has been the voice of the Third, yet was it that the sound came from their lips?

“I’ve got everything I need.” The officer looks up and the Third smiles. “What are you smiling about? Get out of here, you’re free to go.”

A thin woman sits across from a stout man.

“What would happen if we’d just shut down the eyes? Would then the mind find rebirth, and crack a shell about it knowing the risks of unrestricted thought?”

“Unrestricted thought? What are you talking about? If it weren’t for me you’d let the mind ooze about as a runny egg. I am the shell… in this analogy.”

“No, surely you are not.” The room expands about the table at which sit the three.

At work, the Third seeks innovation in the way things are. Everything runs as clockwork, and any fluctuation causes inefficiency for the workers. The company soon establishes an R&D department to which the Third is put in charge. Above the entrance are the words, “Finding new ways to free you from us.”

“Without the eyes there is nothing to consider.”

“What about the blind?”

“Not those eyes, the mind’s eyes.”

Life grows shorter, and the days go by in a blink. Considering everything only draws forth meaning to the self. The mind works to tell the story of the body, to make sense of everything while accepting complexities of un and mis understandings. To see humanity as something demanding of attention, while setting aside the notion that everything is for us. Each day, subjective to a rotating rock around an intense fusion reactor, has nothing for us but life. Insanity, living life while dying death. Reason, pressing on to experience existence.