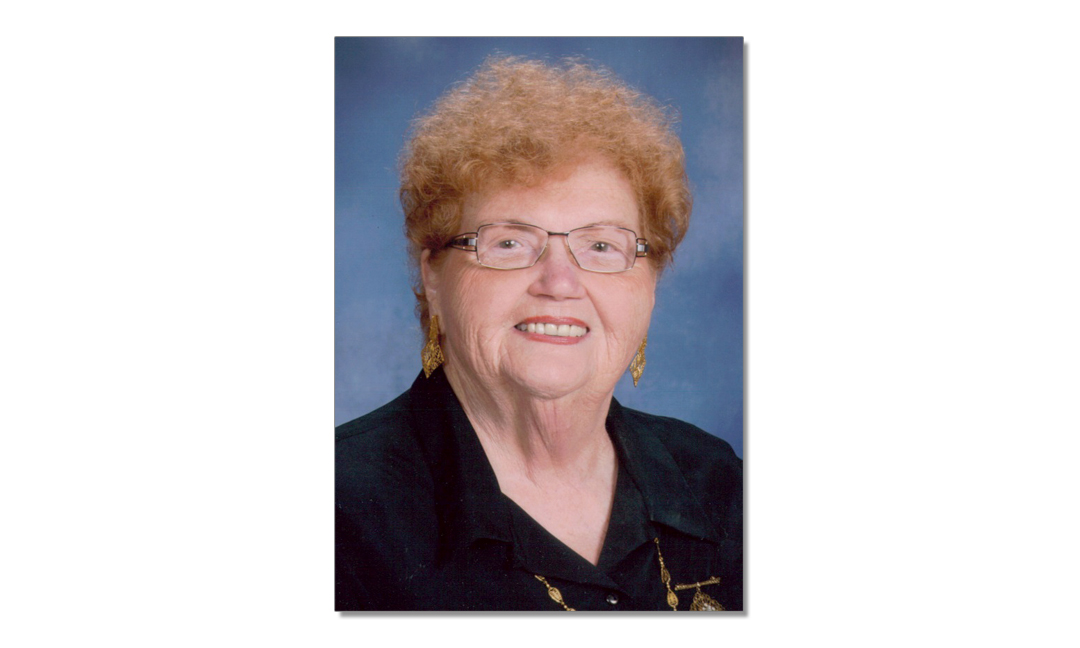 Dorene Mae Huck, 81, of Fox Lake and formerly of Horicon passed away on Saturday, February 7, 2015 at St. Agnes Hospital in Fond du Lac.

Dorene Mae was born the daughter of Theodore R. and Lorena C. (Schmidt) Werner on May 24, 1933 on her family’s farm in the township of Burnett.  She was a 1951 graduate of Horicon High School.  Dorene married Elton H. Huck on April 11, 1953 at St. Stephen’s Lutheran Church in Horicon.

Dorene was a lifelong member of St. Stephen’s Lutheran Church in Horicon where she was an active member of the Ladies Aid. For over 30 years, her ministry was to write out lovely words of encouragement to fellow members of church and beyond in her beautiful handwriting.  Dorene enjoyed her monthly meetings with the “Low Voltage Club,” and also gatherings with her fellow classmates.

Dorene will be remembered for her vibrant red hair and her spirit.  She had a flair for decorating especially during the Christmas season.  The presentations of her delicious meals were second to none.  Dorene was a very caring person who always put the needs and desires of others ahead of her own.

She was preceded in death by her parents, her husband Elton in 2013, her brother, Ronald Werner as a child, and her brother-in-law, Bill Deutsch.