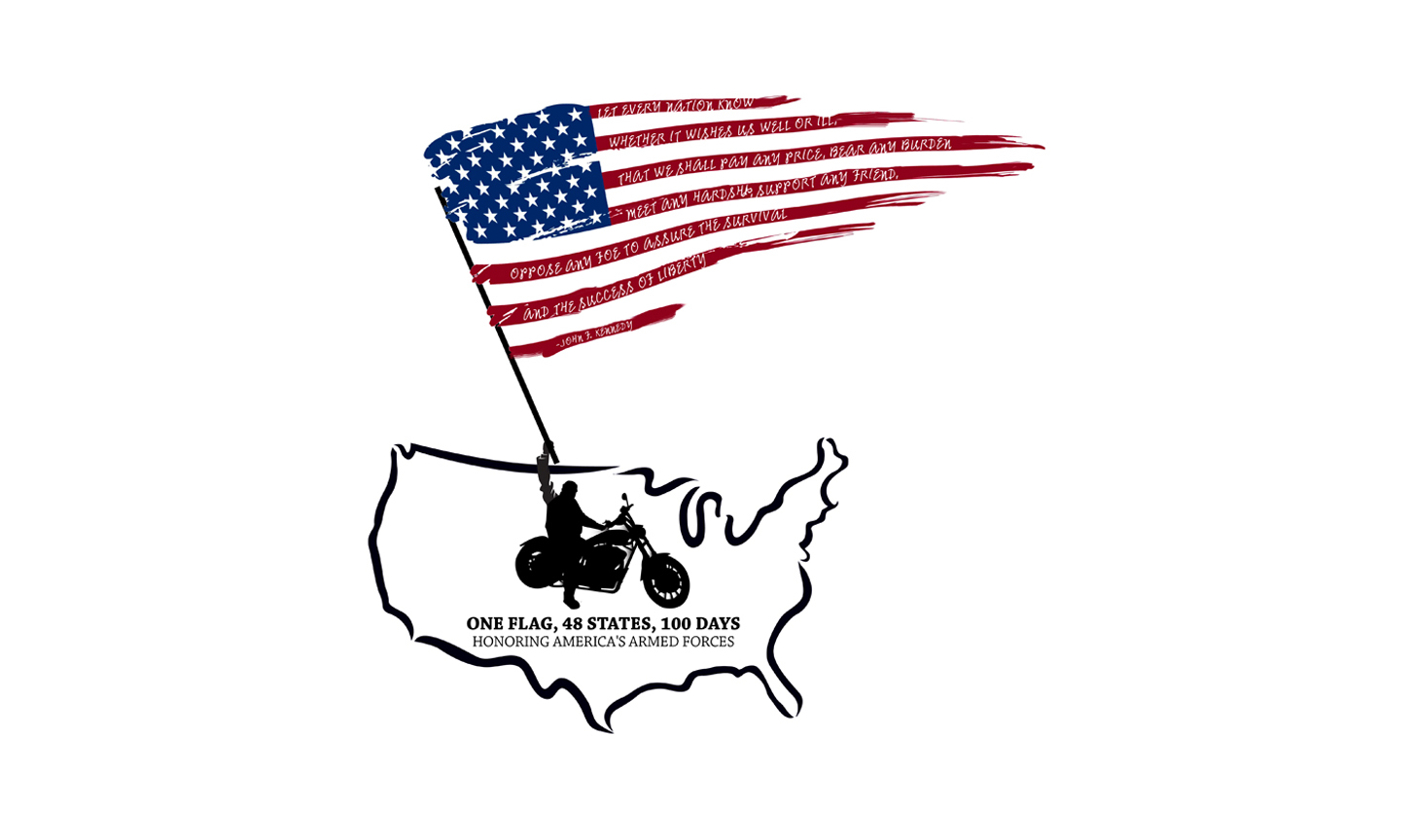 The Nation of Patriots Works to Unite a Divided Nation, Honor Military Sacrifices: The Sixth Annual Patriot Tour is set to launch Saturday, May 23 from Harley Davidson of Madison; the Dodge County contingent will ride from Hogz & Honeez in Beaver Dam.

During this, perhaps the most divisive time in American history, one organization is working fervently to unite the citizens of this great country under the banner of patriotism, and in so doing, seeks to honor all military personnel by improving the lives of those who serve to protect us.  While The Nation of Patriots promotes its mission and its message most visibly through the annual Patriot Tour, the organization is about so much more than one American flag and a 100-day motorcycle ride, said Bill Sherer, Nation of Patriots founder and executive director.  “Our mission is to provide financial support to the families of wounded veterans, but we also want to bring this nation together to proudly wave the flag of freedom and honor the sacrifices of all military personnel; past, present and fallen,” Sherer explained.  “The Patriot Tour is just one facet of the work we are doing and plan to do to further that mission.”

The idea for the Patriot Tour came to Sherer in 2009 while riding in the eastern United States, carrying the American flag on the back of his motorcycle in support of the sacrifices that his friends, mostly veterans of the conflicts in Iraq and Afghanistan, had made on behalf of our country.  He rode all 33 states east of the Mississippi, raising money for the families of wounded veterans.  Ending in Milwaukee, Sherer worked with the VA Hospital there to direct the money he had raised to military families.

“I realized that my voice was not strong enough to rally a nation,” he said.  “So I founded the Nation of Patriots.  I wanted to include as many proud Americans as possible to stand with me in a collective salute of appreciation to the U.S. military.”  Now in its sixth season, the Patriot Tour is poised to break all fundraising and participation records, Sherer said.  The Tour raised nearly $100,000 in 2014, 100 percent of which went directly to families of wounded veterans across the country.  “We want those who contribute to know that every nickel we raise is distributed to those for whom it is intended.  The Nation of Patriots is an all-volunteer organization,” he said.

This year’s Tour departs from Harley Davidson of Madison on Saturday, May 23 following the launch ceremony and flag-bearer’s oath at 11 a.m.  A contingent of riders from Dodge County will gather and depart from Hogz & Honeez at 9:30 a.m. for the ride to Harley Davidson of Madison and on to Woodstock, Illinois, the first stop on the Patriot Tour.  More than 150,000 riders are expected to participate in escorting the flag city-to-city through all of the Continental 48 in 100 days beginning May 23.  The flag returns to Wisconsin on Saturday, September 5 for a parade through Beaver Dam and closing ceremonies at Hogz & Honeez Bar & Grill.

Anyone interested in participating locally or across the country is encouraged to pre-register at http://www.nationofpatriots.com.  More information can also be found at www.hogzandhoneez.com.  All are welcome to ride, to volunteer and to contribute. Corporate sponsorship is also welcome and appreciated.