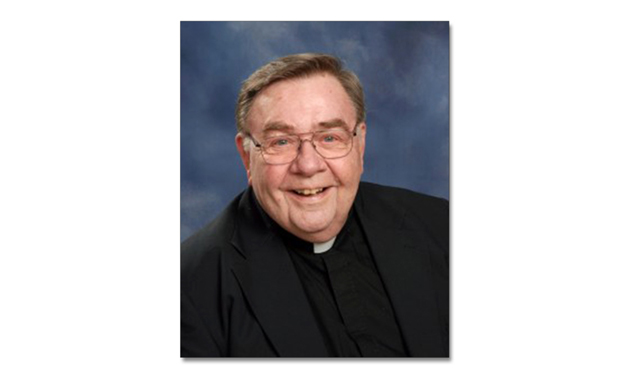 Visitation for Fr. Mike will be at St. Katharine Drexel Catholic Church, 511 South Spring Street in Beaver Dam, on Friday, August 21, 2015 from 9:30 a.m. to 10:50 a.m.  A Mass of Christian Burial will be held at church on Friday at 11:00 a.m. with the Most Reverend Richard J. Sklba presiding.  Burial will follow at St. Peter Cemetery in Beaver Dam.

Michael Otto Sturm was born on March 25, 1943 in Port Washington, Wisconsin to the late Gregory and Mary (Hanrahan) Sturm.  He attended St. Lawrence Seminary, Mt. Calvary (1961-1963) and Saint Francis de Sales Seminary, St. Francis (1963-1969).  Father Sturm was ordained to the priesthood on May 24, 1969 at the Cathedral of St. John the Evangelist, Milwaukee, by Most Reverend William E. Cousins.  On June 17, 1969, Father was appointed associate pastor at St. Kilian Parish, Hartford.  He was appointed associate pastor at St. Mary Parish, Fond du Lac, on June 22, 1971, and associate pastor at Sacred Heart Parish, Fond du Lac, on January 18, 1972.  Father became a member of the faculty at Messmer High School, Milwaukee, on June 19, 1979, leaving on November 11, 1981 to complete his doctorate in education at Marquette University, and returning to Messmer High School’s faculty on July 1, 1982.  Father next served as principal at Mary Queen of Heaven Parish School, West Allis, beginning on July 1, 1983; in 1989 he began serving as principal at St. Catherine of Alexandria Parish School (76th Place), Milwaukee.  Father was appointed to his first pastorate on June 23, 1992, serving at St. Patrick Parish, Fond du Lac.  He was appointed on July 1, 1998 to serve as Coordinator of Detention Ministries for the Archdiocese of Milwaukee.  On July 1, 2008, Father was appointed a pastoral transition minister for the Archdiocese, and on June 16, 2009, was appointed administrator at three parishes:  St. Brendan, Brandon; St. Mary, Springvale; and St. Joseph, Waupun.  He was appointed pastor for these three parishes on June 22, 2010, serving these faith communities until his retirement from active ministry on March 31, 2011.  In retirement, he volunteered at St. Gabriel Parish in Hubertus.  Fr. Mike enjoyed traveling, NASCAR, and baseball.

Survivors include his sisters, Mary Pat (Michael) Campbell  of Cave Creek, AZ and Kathy (Leon “Sass”) Soboleski of Beaver Dam; nieces and nephews, Tricia Campbell and Brooke (Scott) Hjelm, both of Palastine, IL, Michael (Jennifer) Soboleski of Greenwood, IN, and Mark Soboleski of Germantown, MD; other relatives and friends. Fr. Mike was preceded in death by his parents.

If desired, memorials may be made in Fr. Michael O. Sturm’s name to Make-A-Wish Foundation or to Catholic Charities.