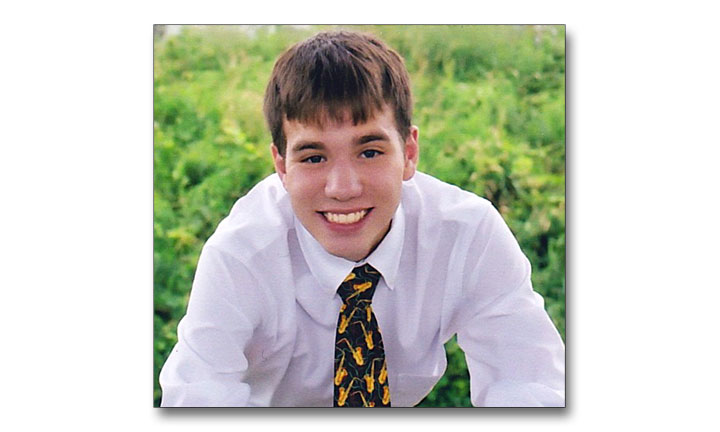 Nicholas “Nick” Krob, age 20 of Marquette, passed away unexpectedly on Tuesday, September 22, 2015 as a result of an automobile accident in Fond du Lac County.

Nick was born on May 23, 1995 in Ripon, the son of Steve and Dawn (Krenz) Krob. He graduated from Markesan High School in 2014. During high school, Nick was on the cross country and track teams, and he also played the saxophone in band. Currently, Nick was attending Moraine Park Technical College in Fond du Lac and working for the family business, SuperHeat. Nick enjoyed boating, golfing and deer hunting. He followed Wisconsin sports and was a proud fan of the Badgers, Brewers, Bucks and Packers. Nick had a very strong faith in God and was a member of St. Paul’s Lutheran Church in Manchester. He loved his friends and family dearly, especially his nephew Chase.

Nick is survived by his parents, Steve and Dawn Krob of Marquette; his sister, Christy (Brett) Golz and their son, Chase of Waupun; his paternal grandmother, Frances Krob of Michigan; his maternal grandparents, Robert (Janet) Krenz of Markesan; three uncles, Dennis (Vicki) Krenz of Burnett, Ron (Heather) Krob of St. Louis, MO and Tim Krob of Michigan; and is further survived by cousins, other relatives and many friends.

He was preceded in death by his paternal grandfather, Ronald Krob and other relatives.

Cornerstone Funeral & Cremation Services in Markesan is honored to be serving the family. You may send private online condolences or sign the family’s guest book at www.cstonefs.com

Pawsitively Pets Down By The River