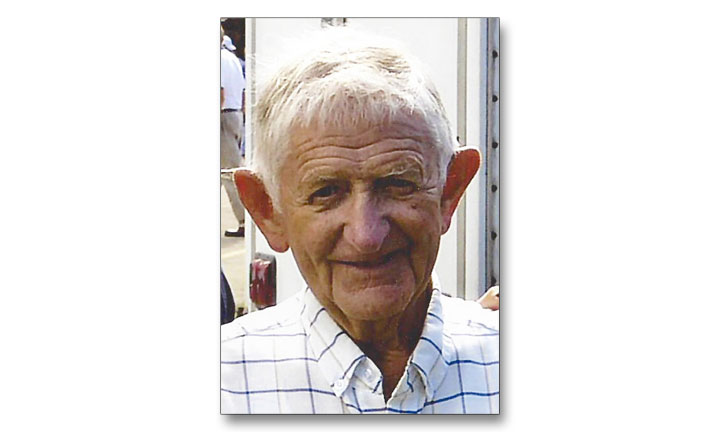 Lyle William Boelter, age 88 of Markesan, passed away on Monday, October 26, 2015 at home surrounded by his family.

The son of Art and Anna (Ruenger) Boelter, Lyle (also known as “Pa”) was born on December 16, 1926 in the township of Mackford. He was united in marriage to June Willey on April 20, 1947 at Markesan Methodist Church. They enjoyed 68 years of marriage, until her passing earlier this year. Lyle farmed his entire life and also helped operate a family milk hauling business. He was a lifelong member of County Line Lutheran Church, member of the Wisconsin Pony Pullers Association, the Wisconsin Coon Hunters Association, and the Wisconsin Bear Hunters Association.  After he retired from farming and hauling milk, he assisted on the family farm, worked around his home and mowed lawns for his kids and grandkids.  Lyle loved horses, going bear, coon, and duck hunting, watching the Packers, listening to the Brewers, Badgers and Bucks and going for car rides.  He also got a kick out of teasing and had a great sense of humor that made everyone laugh.  He loved his family and enjoyed every time they would come to visit.

A funeral service for Lyle will be held at 11:00a.m. on Friday, October 30, 2015 at County Line Lutheran Church, W10505 Cty Rd AW, Markesan with Rev. Bruce Engebretson officiating. Burial will follow the service at Lake Maria Cemetery, town of Manchester, and a lunch will be served at church.

Cornerstone Funeral & Cremation Services in Markesan is honored to be serving the family. You may send private online condolences or sign the family’s guest book at www.cstonefs.com