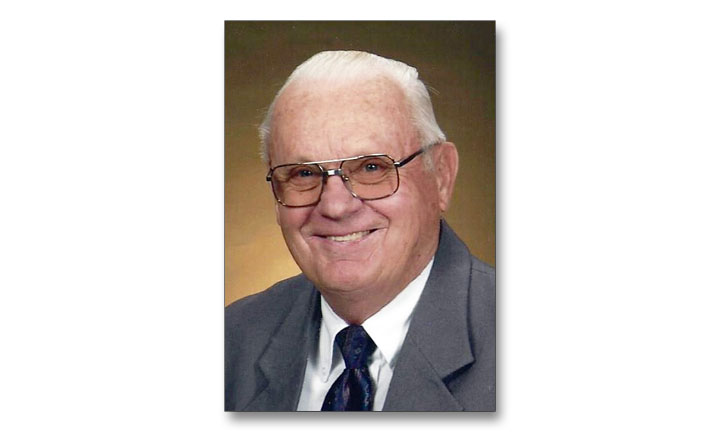 Alden was born on May 16, 1933 at home in the town of Mackford, the son of Elmer and Anna (Biesenthal) Grahn. He was baptized at County Line Lutheran Church and confirmed at St. John’s Lutheran Church in Markesan.  On September 29, 1956, he was united in marriage to Beatrice Mildebrandt at St. Paul’s Ev. Lutheran Church in Manchester. Alden farmed his entire life on the family farm on Mackford Prairie; even after moving into town in 1991, Alden continued to help with fieldwork. Alden was involved with Flyway Mutual for over 30 years, serving on the Board of Directors, becoming President and later selling farm insurance. He was involved with Green Lake County ASCS for almost 10 years. During retirement, Alden was a courier for Markesan State Bank. He was also an active member of St. John’s Lutheran Church in Markesan, where he was involved with the finances, served on the church council, was an usher and played on the dartball league.

Alden was an avid sports fan. He enjoyed attending countless sporting events for his children and grandchildren. He played baseball for the Markesan Firemen Semi-Pro Team and played softball for the Center House Fast Pitch and Double D Bar Slow Pitch teams where he was a part of many championships throughout the years.  He was an excellent bowler and served as the league secretary for many years and received numerous awards. Alden also enjoyed playing cards with his wife Bea. They were members of the same card club for over 50 years, where they shared many good times and lasting memories. They also loved to travel together, taking many trips over the years with family and friends.

He was preceded in death by his parents, his wife Bea on December 29, 2012 and other relatives.

A funeral service for Alden will be held on Tuesday, November 3, 2015 at 11:00 a.m. at St. John’s Lutheran Church, 65 W. Catherine St., Markesan with Rev. Jason Jobs officiating. Burial will follow the service at Mackford Union Cemetery, town of Mackford.

The family would like to extend a special thank you to the staff at the Markesan Resident Home for their loving care of Alden and to the Markesan community as a whole for your support and understanding as Alden battled dementia for the past several years.

Cornerstone Funeral & Cremation Services, 181 S. Main St., Markesan is honored to be serving the family. You may send private online condolences or sign the family’s guest book at www.cstonefs.com

November 1st is All Saints’ Day