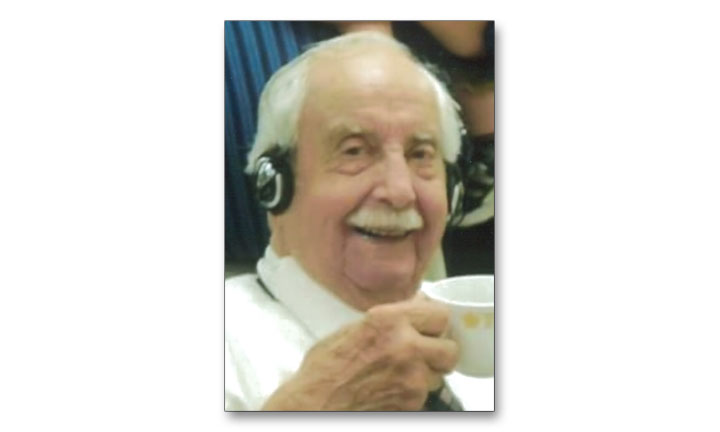 Rudolph E. “Rudy” Sennhenn, 94, of the township of Elba passed away peacefully on Tuesday, December 1, 2015 at the Columbus Community Hospital.

Funeral services will be held at 11 a.m. on Saturday, December 5, 2015 at Zion Ev. Lutheran Church in Columbus with the Rev. Robert Wilke officiating.  A visitation will also be held on Saturday from 9:30 a.m.  until 11 a.m. at the church.  Interment will take place at Hillside Cemetery in Columbus.

Rudolph was born the son of Herbert F. and Lydia (Schmidt) Sennhenn on April 15, 1921 at his family’s homestead in the township of Elba.  He was married to Wilda Vander Meulen in 1949.  Rudy was later married to Joell Taber on March 15, 1969.  Rudy was a lifelong dairy farmer where he was active with his family farm from childhood until his late 70s.

Rudy was a faithful member of Zion Ev. Lutheran Church in Columbus.  He had a love of animals and will be remembered as a great conversationalist.  Rudy was a very hardworking and dedicated farmer and family man.

He was preceded in death by his parents, his wife, Wilda in 1963, his wife, Joell in 2014, a daughter, Kathy Jo in infancy, and two sisters: Dorothy Cipollone and Verola Sennhenn.

Memorials may be directed to a local FFA group.

Koepsell-Zeidler Funeral Home in Columbus is serving the family.  Online condolences may be made at www.koepsellfh.com.