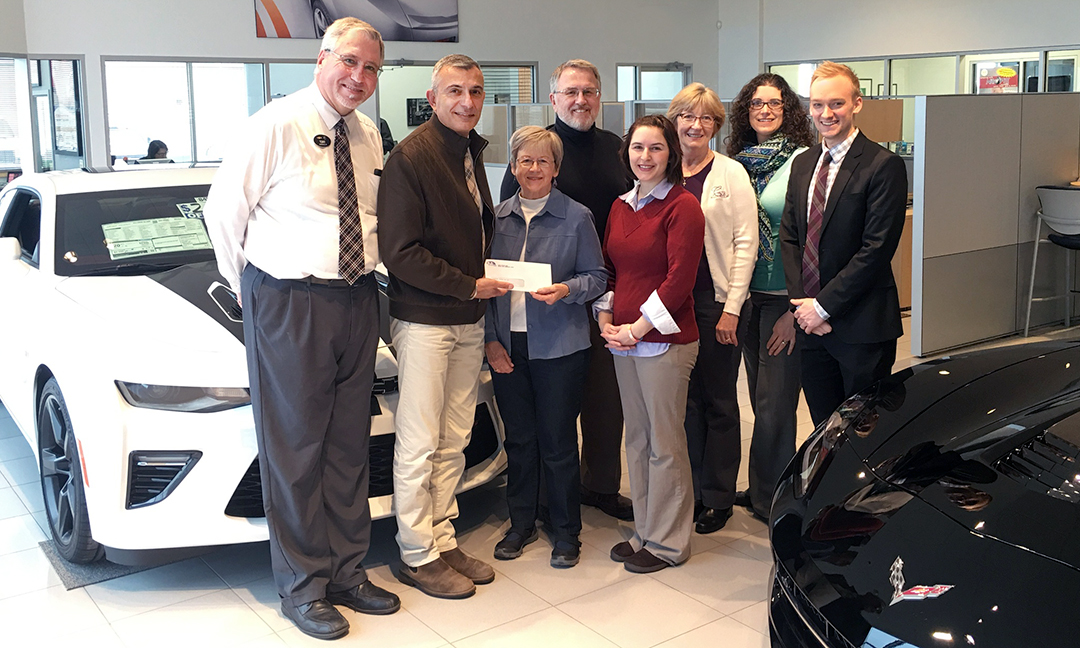 Downtown Beaver Dam Inc. (DBDI) recently received a $5,000 generous donation towards the 2017 Mural Festival from Countryside Auto in Beaver Dam. Countryside Auto supports many nonprofits in the area on a monthly basis as a way to give back to the community.

Beaver Dam is just a little over a year away from hosting over two-hundred artists from around the nation to paint 10 murals in 5 days.  The Mural Festival will take place from June 28-July 2, 2017. DBDI has been championing murals since 2013, when the first mural was painted on Richards Insurance Company’s building on North Spring Street by Wall Dogs, a national arts organization that promotes public art. The Monarch Range-themed mural was the first in a series of enhancements with public murals to improve the city’s façades particularly downtown. A second mural, encompassing the vintage Kamrath Radio and TV Store, appeared on Inter-Quest’s building on South Spring Street last summer. With the donation from Countryside Auto, another mural can be added to the festival.  Currently, DBDI has approximately 8 murals that have the potential to be fully funded and painted during the 2017 festival.

Donations for murals are being accepted to DBDI or through the Beaver Dam Area Arts Association. For more information on the mural festival, call mural chairperson Karla Jensen, Wayland Academy, at (920) 356-2120 ext. 236 or email kjensen@wayland.org.