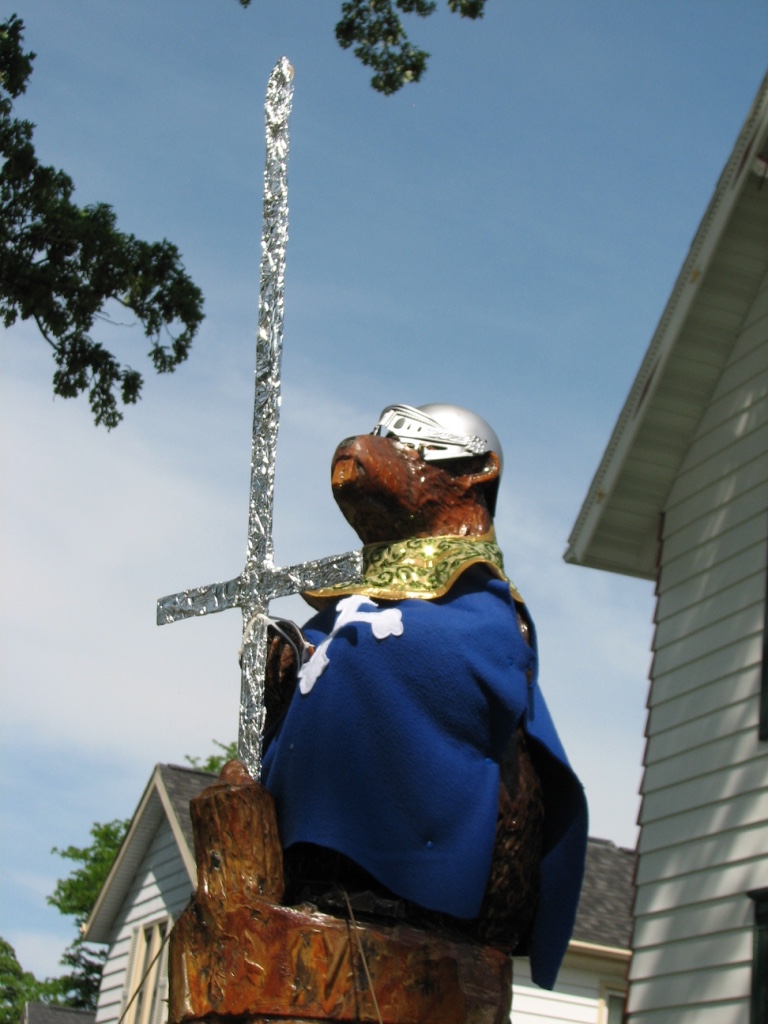 Here’s  Sir Beaverlot, celebrating the End of the Middle Ages, which forces us to ask:  “Why is it in the middle — what came before and what came after?”
Well, in European History, Classical Antiquity came first.  Then the Middle Ages was ushered in with the fall of the Western Roman Empire, at about 500 AD. The Middle Ages endured for about 1000 years and was marked by a number of developments:

– Spread of Christianity throughout Europe

The end of the Middle Ages was marked by:  Renaissance, reemergence of town life and rise of the middle class, Christopher Columbus and the Age of Discovery, invention of the printing press, gunpowder, Protestant Reformation and the Decline of the Papacy, and the 29 May 1453 signature event — the fall of Constantinople, which ended the Byzantine Empire and began the Modern Era.

Here’s a couple of video clips that will help you long for days of yore:

From School To Theater