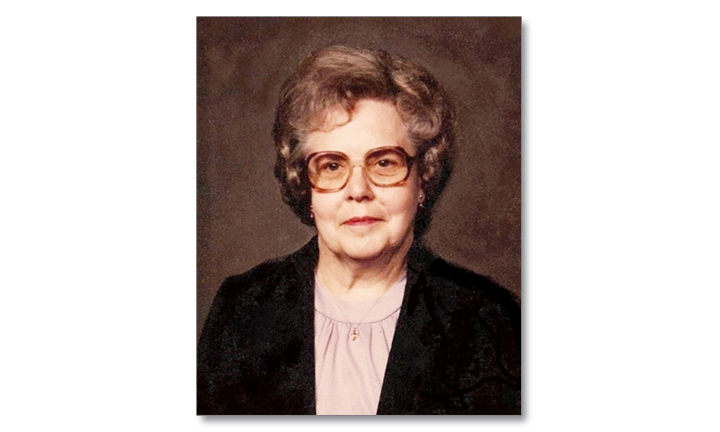 The memorial gathering will be at St. Katharine Drexel Catholic Church on Friday, September 9, 2016 from 10:00 a.m. until 11:30 a.m. The Mass of Christian Burial will be held at church on Friday at 11:30 a.m. with Fr. Michael J. Erwin officiating. Inurnment will be at St. Peter Cemetery in Beaver Dam. In Ivy’s memory, the family ask you to wear a splash of red to the service.

The former Ivola Margaret Hoch was born on July 7, 1925 in Lacona, Iowa to Cletus and Veronica (Hoch) Schneider. As a young woman, Ivy moved to Beaver Dam, where she fell in love with Alfred John Schmid. They were united in marriage on November 26, 1951, in Bauer, Iowa. Ivy and Al owned and operated Schmid’s Black Gold Gas in Beaver Dam. She was the customer service ambassador of the business and believed that a smile and a kind word were the key to life and success. Ivy was renowned for the flowers that she planted in front of the station each spring. The special touch that she put into them added color and smiles to the corner of South Spring and Washington Street. Ivy always had a positive attitude and was sharp witted up until the end.

Ivy enjoyed spending time with family & friends, sitting on her back porch and listening to Brewers baseball games.

Ivy was a kind, loving wife, mother, grandmother, sister, aunt and friend. Her cheerful conversations and prayers for others will be sorely missed.

Ivy’s family would like to extend a special thanks to the staff of Hillside Home Health Care and the staff at Hillside Manor for the care she received during her stay.

In lieu of flowers, memorials may be made in Ivy M. Schmid’s name to St. Katharine Drexel Parish or to Hillside HomeCare/Hospice.

The Koepsell-Murray Funeral Home in Beaver Dam is caring for the family. To leave online condolences, or for directions and other information, please visit our website at www.KoepsellFH.com.

An Evening With Roger McGuinn