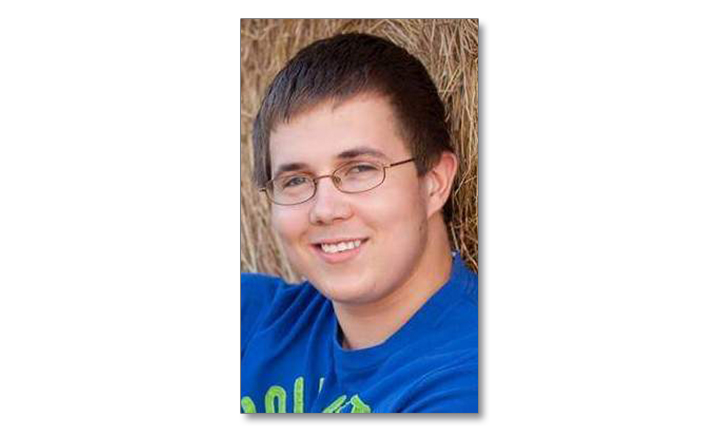 Dylan Richard Ollanketo, age 19 of Beaver Dam, passed away unexpectedly on Sunday, November 20, 2016 at UW-Hospital in Madison from complications from an acute asthma attack.

Dylan was born on February 22, 1997 in Beaver Dam, the son of Crystal Waterworth (nee Sommers) and Nathan Ollanketo. He graduated from Beaver Dam High School in 2015 and worked at Wal-Mart in Beaver Dam, where he enjoyed his job and co-workers. Dylan was a member of First Ev. Lutheran Chuch in Beaver Dam and was proud to lifeguard at The YMCA of Dodge County.

Dylan was very caring and considerate of others and he never hesitated to stand up for what he felt was right. He was very loyal, especially to his family, and was deeply adored by his younger brothers. He enjoyed skateboarding, watching horror movies and listening to hip hop music.

Dylan will be dearly missed by his parents, Nathan Ollanketo and Crystal Waterworth, both of Beaver Dam; his brothers, Cooper Sigmund, Xavier Ollanketo and Avrey Ollanketo, all of Beaver Dam; his maternal grandmother, Pat Sommers of Beaver Dam; his paternal grandparents, Michael and Debra Ollanketo of Marengo, WI; his grandmother, Denise Lange; his great-grandparents, Pat and Tex Weidman and Richard and Barbara Tuura; aunts and uncles, Jason Sommers, Jason (Jennifer) Ollanketo, Janna (Jake) Levings and Mindy (Joseph) Croteau; special family friends, Michele Probst and Adam Sigmund; and further survived by cousins, other relatives and many friends.

Dylan was preceded in death by his grandfathers, Richard Sommers and David Lange; great-grandparents, Sal and Betty Sommers and Elden and Martha Ollanketo.

Dylan’s kindness and generosity will never be forgotten and, as an organ donor, his life will be carried on through others. If desired, memorials may be directed to the American Asthma Foundation, PO Box 0509, San Francisco, CA 94143.