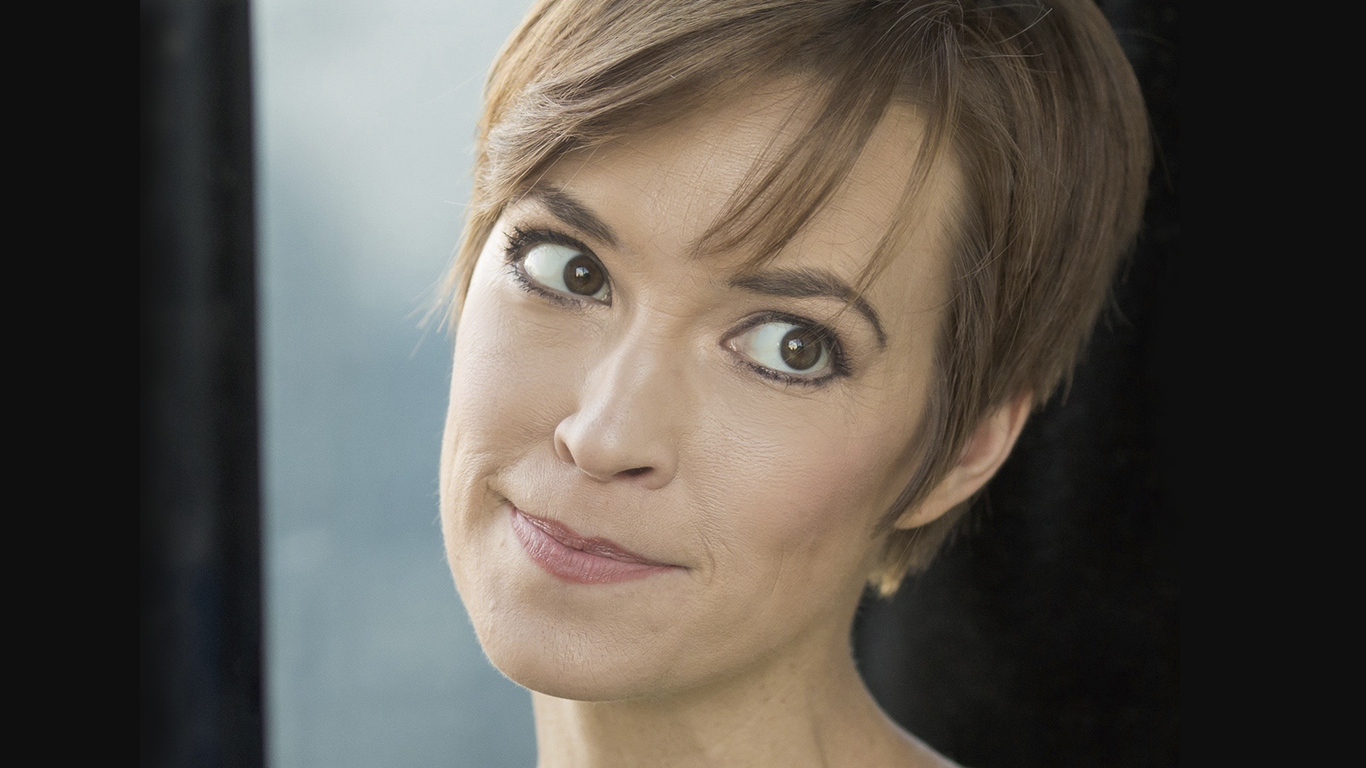 What do you do with your life when you’re from a tiny town in northern WI and end up with 2 degrees in clarinet?  You run off to Minneapolis and become one of America’s best up-and-coming comedians, of course!  Horicon’s 2017 Jersey Street Music Festival takes another step up to the big leagues with the addition of  powerhouse humorist Mary Mack to this year’s festival lineup.

A favorite on radio shows and podcasts around the country, including Marc Maron’s WTF Podcast, 2 Dope Queens, The Bob and Tom Show, and American Public Media’s WITS, Mary played the leading character, Dylan, on Fox’s cartoon Golan the Insatiable, season one.  Her voice has also been heard in the cult favorite Aqua Teen Hunger Force on Cartoon Network’s Adult Swim.  Mack’s comedy (spotted with occasional mandolin or clarinet outbursts) has been seen in the Vancouver Comedy Fest, The Andy Kaufman Awards, Montreal’s Just For Laughs Festival, and the San Francisco Sketch Fest as one of “The Dozen” up and coming headliners designated by the festival.  She had her national TV debut on Comedy Central’s Live at Gotham and NBC’s Last Comic Standing and recently appeared on Conan.  To see where Mack is performing next, or to buy one of her comedy albums, please visit www.marymackcomedy.com.

The Jersey Street Music Festival is a *FREE* event graciously funded by the donations of generous music supporters in Wisconsin, and by many of Wisconsin’s finest businesses and organizations including the Horicon Phoenix Program, Horicon Bank, Moraine Park Technical College, and Capital Brewery of Middleton. Sponsorship information may be obtained by sending a note of inquiry to info@horiconphoenix.com.  You can catch Mary’s performance at the 2017 Jersey Street Music Festival on Saturday, June 17.