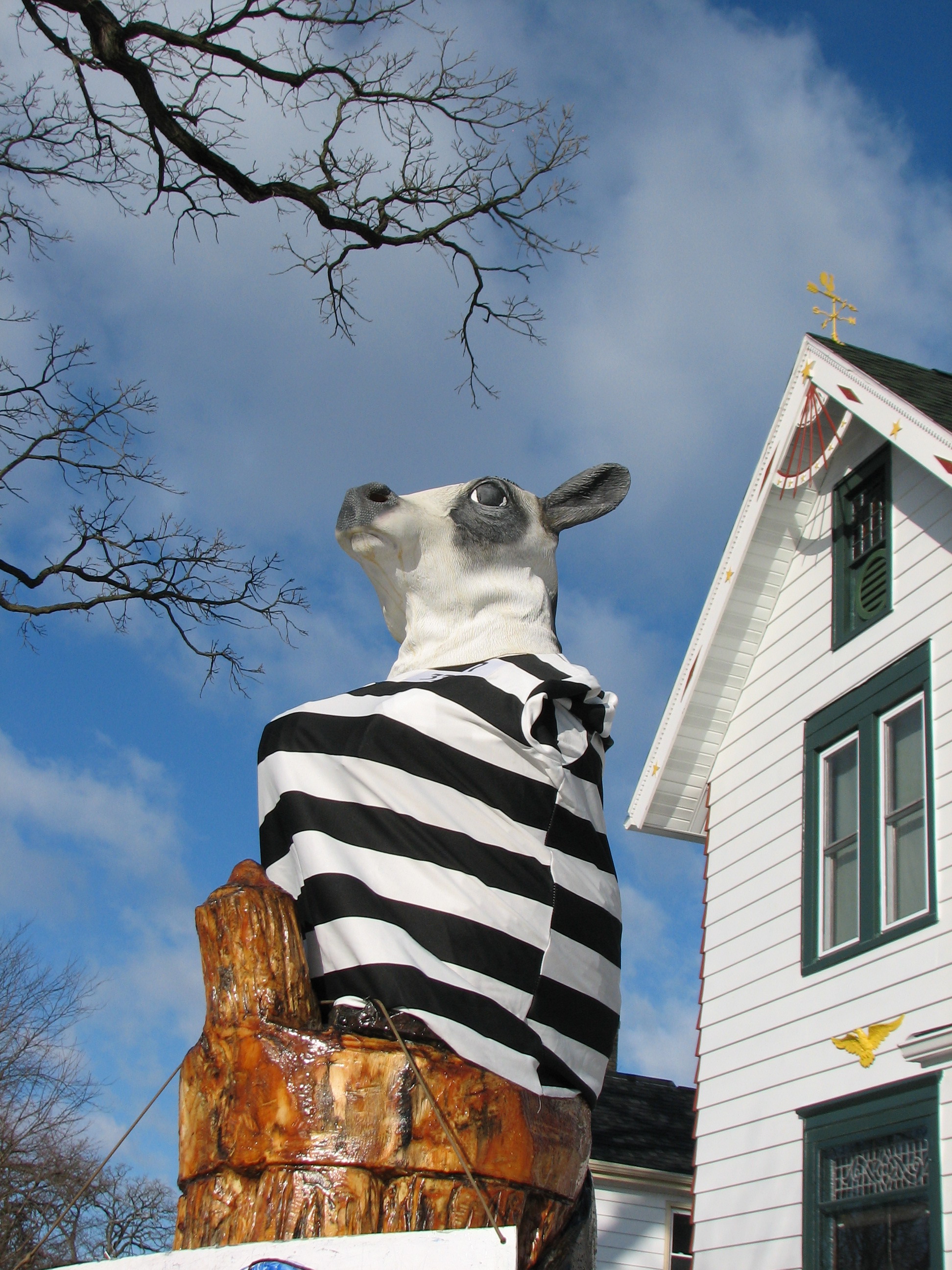 Ever mindful of the mass hysteria risks attendant with the dissemination of inflammatory news, the Beav is nonetheless duty-bound to report that over 100 incarcerated bovines recently escaped Fox Lake Prison.  See the Daily Citizen report:  http://www.wiscnews.com/bdc/news/local/article_15d39e7e-f288-5455-818a-695d139ef4e6.html
WHERE HAVE WE GONE WRONG?
Unfortunately, this is not a new problem.  For thousands of years, cattle and humans shared the same roofs.  Even today, cows are still worshipped in countries like India.  However, in the Western World, the vast majority of our “me generation” cattle are now behind bars or fences and most of them are facing lifetime sentences.
PRESIDENTIAL RESPONSE
President Obama pardoned thousands of human felons and numerous turkeys (every Thanksgiving) but, during his eight years in office, he failed to pardon a single cow, indicating the serious nature of the bovine threat.
JUDICIAL RESPONSE
When asked to comment on the dangerous situation facing the citizens of Dodge County, Judge Martin De Vries responded, “I have yet to see any convicted cows who qualify for probation — or the TAD Program, for that matter.”
MUSICAL COWS
Evidently, incarcerated cattle enjoy jazz — see this video clip: https://www.youtube.com/watch?v=lXKDu6cdXLI
OTHER MUSICAL ANIMALS
Here’s a beluga, grooving to Mariachi:
https://www.youtube.com/watch?v=6EmRI2izygI
Cockatoo loves Elvis (note, the cockatoo on the left looks exactly like my wife, Mickale, when I try to dance):
https://www.youtube.com/watch?v=CEQuDyuQFKE

Summer Vacation Planning For Mom’s To Be

Eat Your Way to Better Health