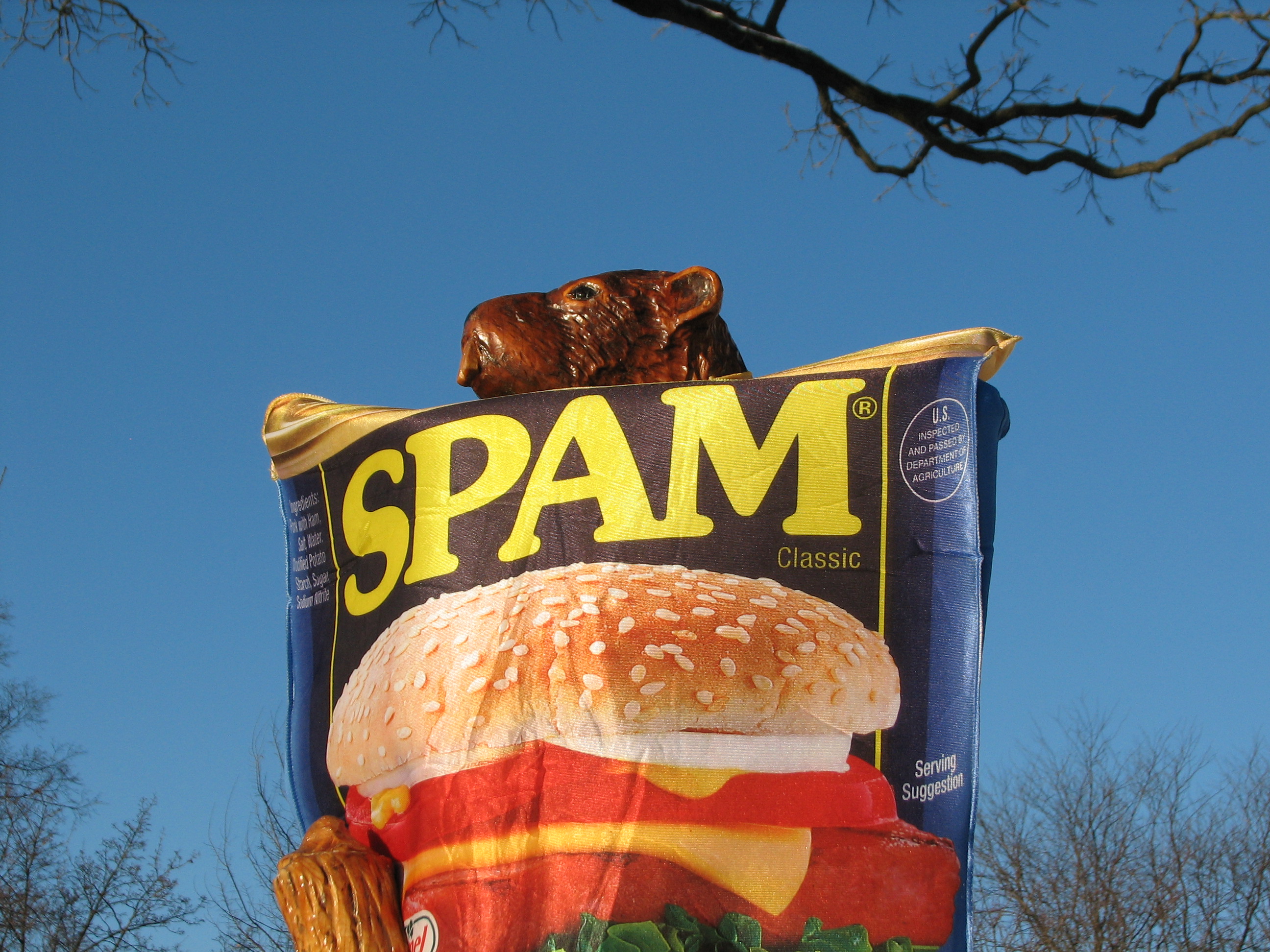 Here’s the Beav, celebrating National Canned Food Month.  SPAM was first introduced in 1937 and became immensely popular during WWII because it tastes great, requires no refrigeration, and has a long shelf life.
CULT FOLLOWING
Throughout the Western Pacific, SPAM has achieved something of a cult following, where it is sometimes featured at both Burger King and McDonalds. In Hawaii, it is called “The Hawaiian Steak” and when it is transformed into sushi — then it’s called: “SPAM Musubi.”
Not to be outdone by the Western Pacific, the folks in the Western Atlantic, (Puerto Rico) have invented “Sandwichitos de Mezcla,” which contain SPAM, Velveeta, and pimentos — all sandwiched between two slices of Wonder Bread.
As you can well imagine, there are annual SPAM festivals and SPAM parades.  In case you’re in the mood for some SPAM research, the SPAM Museum is in Austin, Minnesota.  And of the course, THE CHURCH OF SPAM can be found on Facebook, along with some useful recipes.
MONTY PYTHON
Spam was featured in a tasty Monty Python skit: https://www.youtube.com/watch?v=anwy2MPT5RE
BUT WHAT DOES SPAM STAND FOR?
A number of possibilities:
1.  Spiced Ham
2.  Shoulders of Pork and Ham
3.  Special Army Meat
4.  Something Posing As Meat
WHAT OTHERS ARE SAYING ABOUT SPAM . . .
“Wartime delicacy.”  —Margaret Thatcher
“Without Spam, we wouldn’t have been able to feed our army.”  —Nikita Khrushchev
“I’d rather eat wood.”  —the Beav