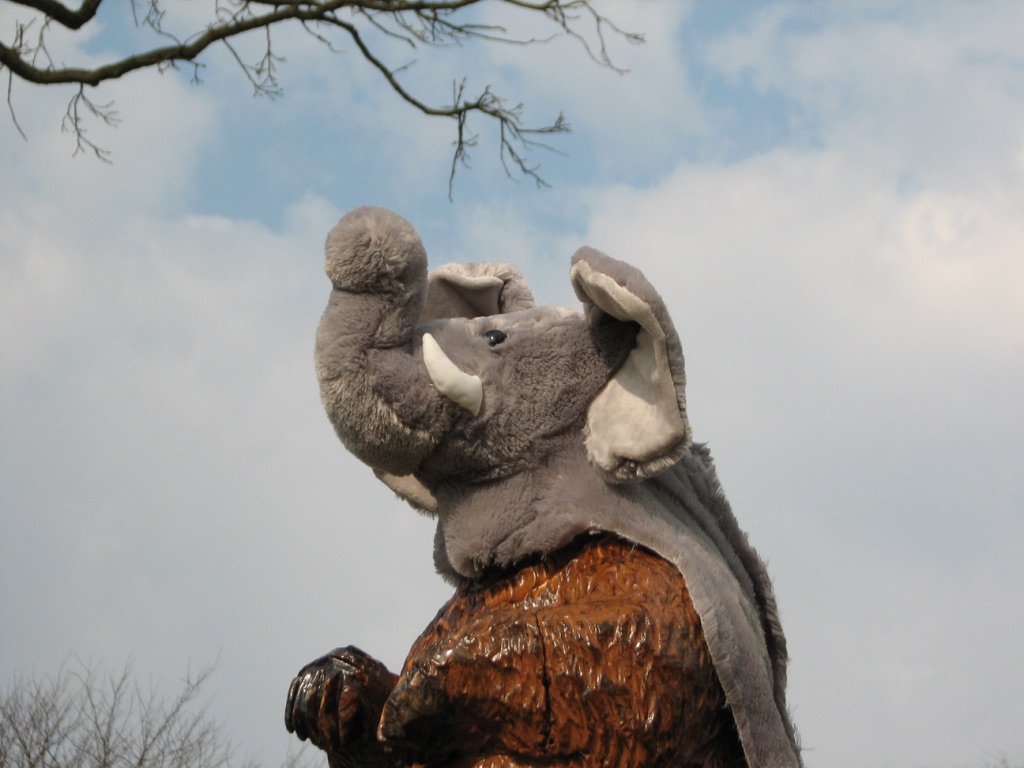 Here’s Jumbo, the mighty elephant, brought to America by P.T. Barnum on 9 April 1882.  Jumbo was an instant celebrity and it is estimated that more than 20 million people paid to see him over the next 3 years.
Elephants have an interesting social organization — their family groups consist of females and youngsters of both sexes.  The males are thrown out of the groups as they mature, and they usually live a solitary life from then on.  Rather than electing a ruler and pursuing democracy, the elephants employ a matriarchy, whereby the eldest female rules.  According to Wikipedia, “The older matriarchs tend to be more effective decision makers.”
We can’t help but wonder what would happen if Wikipedia determined that older human women tend to be more effective decision makers.  In the interests of better governance, would humans be willing to abandon “one-man, one-vote” and just give the vote to women over the age of 50?  Are those elephants “on to something”?
Hmmmm.

May 22nd is National Maritime Day

For My Children: Chapter 8 – Father

What Fills My Days

Beauty from a Bike – Whitney Bridge