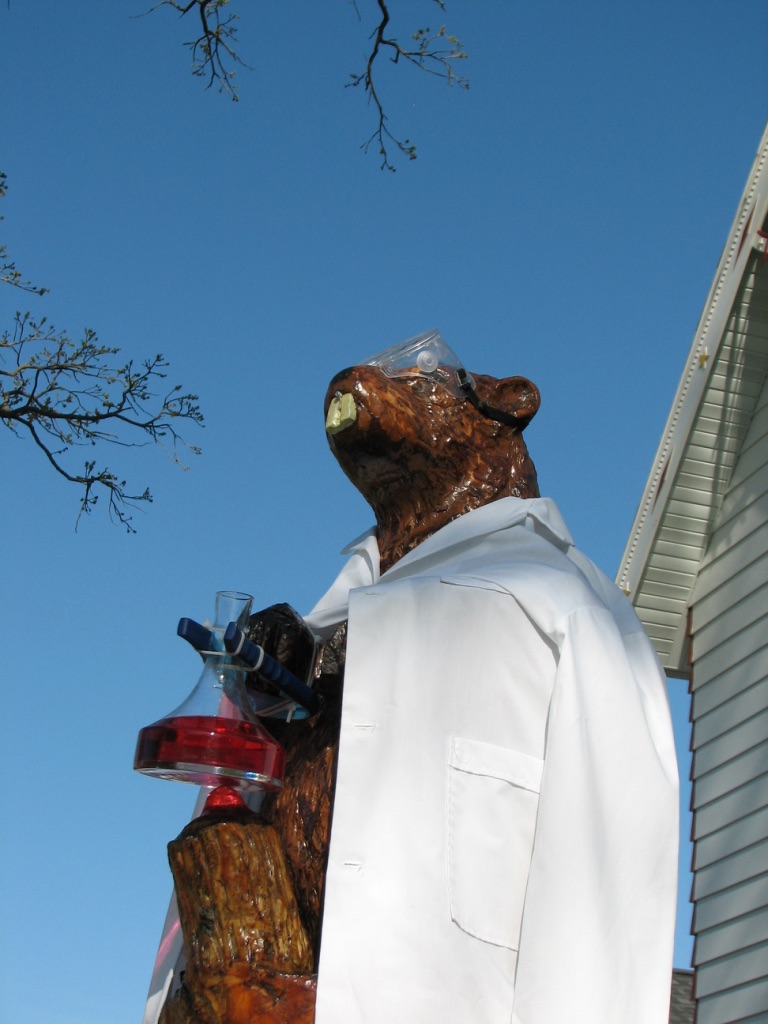 Here’s Doctor Ken Albrecht, the Agronomy Beaver, celebrating WORLD LABORATORY DAY on the 23rd of April.  As we might expect, the Agronomy Beaver is celebrating this day by working on another one of his projects in the Lab.
And on this day, we might do well to recognize one of our foremost Wisconsin Researchers — Royal Alexander Brink, who served at the University of Wisconsin from 1922 until he became professor emeritus in 1968.  Indeed, for Brink, attaining emeritus status did not really mean retirement. Rather, it simply meant that he had more time for intense research.
Brink achieved remarkable discoveries working with an assortment of plants, including: corn, clover, and alfalfa.  One example of his research projects was to conduct experiments on the survival of alfalfa under an ice sheet.  This led to a strain of alfalfa that can better survive Wisconsin’s harsh winters.  This discovery alone has saved Wisconsin farmers many millions of dollars ANNUALLY from winter damage to alfalfa.
Was Brink responsible for making Wisconsin the Dairy and Cheese Powerhouse that it is today?  Well, that might be a stretch, but it sure didn’t hurt to have him on the home team.

For My Children: Palesnik Part 2

Blessed Are Those Who Teach

Stay Young at Heart (and in Body and...