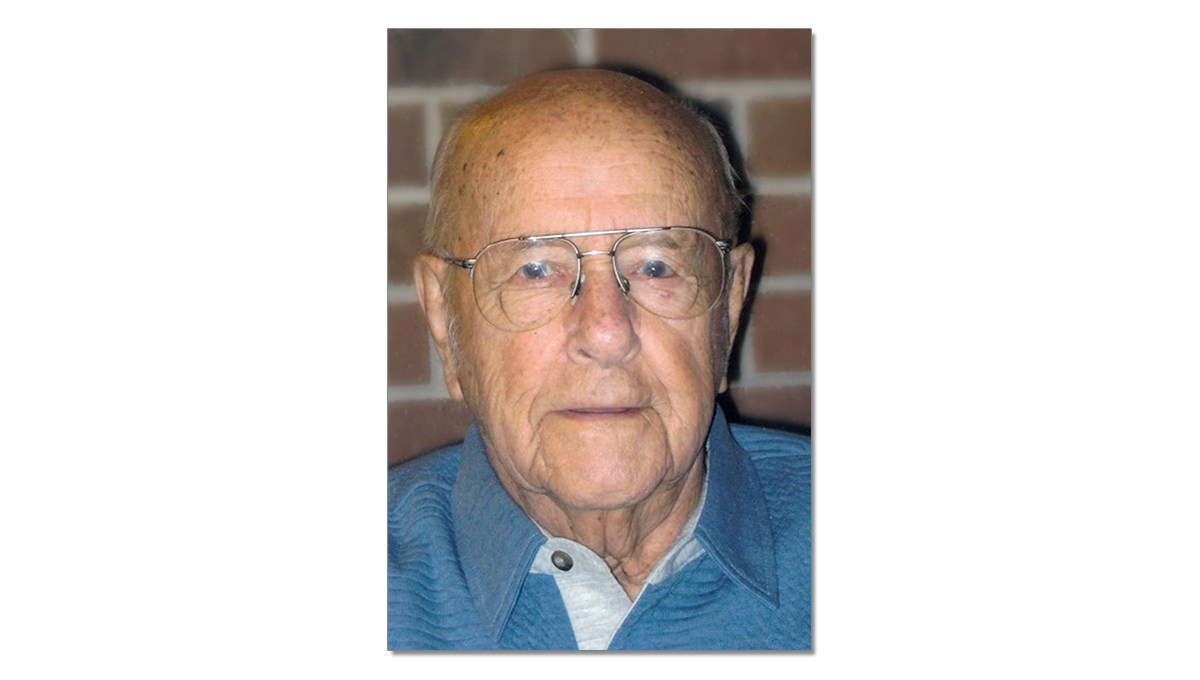 A Mass of Christian Burial will be celebrated at Noon on Tuesday, May 16, 2017 at St. Katharine Drexel Catholic Church, formerly St. Peter’s Catholic Church in Beaver Dam.  The Rev. Michael Erwin will officiate.  A visitation will also be held on Tuesday from 10 a.m. until noon at the church with the Beaver Dam American Legion to pay their respects at 11:30 a.m.  Interment will take place at St. Peter Catholic Cemetery in Beaver Dam with military honors to be conducted.

Cletus was born the son of Adrian and Mary Ann (Veling) Willihnganz on August 3, 1925 in Beaver Dam.  He was a graduate of St. Peter’s parochial school in 1940, Beaver Dam High School in 1943, and attended one year at Marquette University.  Cletus was married to Betty Andercheck on June 18, 1949 at St. Peter’s Catholic Church in Beaver Dam.  He was a WWII veteran serving in the U.S. Naval Air Force from 1943 until 1946.  Cletus later joined the U.S. Naval Reserve from 1946 until 1954.  Afterwards, he joined the U.S. Army Reserve in 1960 where he retired as Master Sergeant in 1976.  Cletus worked many years for J.C. Penney in Beaver Dam and Iron Mountain, MI, and was later employed with the U.S. Post Office from 1956 until his retirement in 1986 as a window clerk.

Cletus was a member of St. Katharine Drexel Catholic Church, formerly St. Peter’s Catholic Church in Beaver Dam where he was active with the New Life Choir.  He belonged to the Knights of Columbus as a Fourth Degree member.  Cletus was a member of the John E. Miller American Legion Post 146 where he served as a long-term member of its Honor Squad.  He was past president of St. Peter’s Holy Name Society.  He was a member of the Postal Letter Carriers Union and past member of the Barbershoppers.  Cletus was active with Meals on Wheels, the Red Cross Blood Bank and active with the Beaver Dam Scholarship Foundation.  He had coached Little League and Senior League baseball.  In 2004, Cletus received the Wall of Fame – Friends of Education Award and also received the Senior Citizens Volunteering Award from the Exchange Club.

He was preceded in death by his parents; two brothers: Sylvester and Kenneth; two sisters: Jacqueline and Ruth Nehring; brother-in-law, Larry Nehring; sister-in-law, Bea Willihnganz; as well as aunts, uncles, nieces and nephews.

Memorials may be directed to the Beaver Dam Scholarship Foundation or to St. Katharine Drexel Parish.

Every Day is Mothers Day