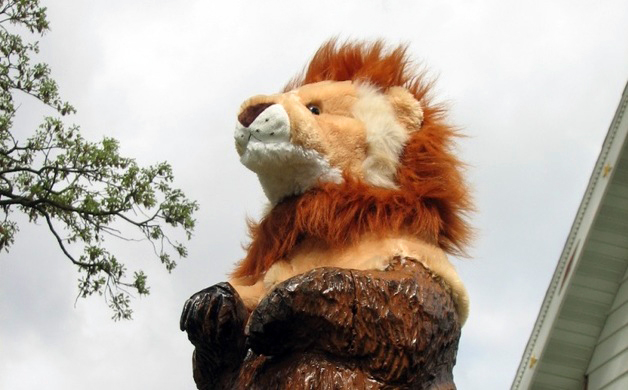 Here’s the last remaining “Lion-Headed Beaver,” observing Endangered Species Day on 19 May 2017.  As it turns out, extinction is usually a natural evolutionary process.  Indeed, more than 99% of all species that have lived on earth are now extinct.
Of course, there are a number of very sad recent extinctions — for instance: the woolly mammoth, mastodon, giant beaver, passenger pigeon, dodo bird, Bali tiger, Steller’s sea cow, California grizzly bear, golden toad, Japanese sea lion, and western black rhino.
In addition to sad extinctions, there are also a number of very happy extinctions — for instance: the smallpox virus and hopefully the polio virus in the not so distant future.

The Social Luxury of Beer: July/August 2014