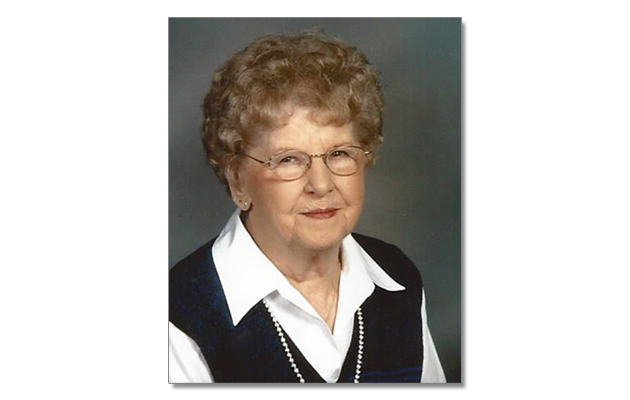 Dolores was born on January 7, 1926, in the town of Westford, the daughter of Frank and Anna (Kienast) Wegener. She was united in marriage to her first husband Victor Hanefeld, and later to her second husband Billy Ray Daniels in 1979. She had only graduated 7th grade, but because she was such a hard worker, Dolores owned and operated her own restaurant, the Keyhole Café in Beaver Dam, for many years. Because of her passion for cooking, she loved to have family gatherings and even throughout her final years always wanted to prepare food for herself and others. She worked until age 81 in bakeries at both Piggly Wiggly and Wal-mart after she retired as a Nurses’ Aide at Clearview.

Dolores was very straightforward, always saying what was on her mind, especially regarding her family, telling Terry, Nick, and Craig when she thought they put on weight. Her family was extremely important to her. Since she enjoyed watching Brewer’s games, she loved when she was able to go to a game with Bruce. When she was at Clearview, she would forever introduce Linda to everyone over and over. She had a special nickname for Doug, calling him “Douger,” and loved shopping and spending Curt’s money. She had a great fashion sense, always caring what she looked like as well complimenting others on their appearance, and even laughing as she teased Holly and Amaya about the holes in their jeans! Dolores also enjoyed playing bingo, crocheting, and being a member at Good Shepherd Lutheran church where she obtained her strong faith

She was preceded in death by her parents; first husband Victor Hanefeld in 2003; second husband Billy Ray Daniels in 1998; daughter-in-law Edie Wagener; 11 brothers and sisters, and other relatives

Visitation for Dolores will be held on Thursday, June 22, 2017 from 9:30 a.m. until the time of the funeral service at 11:00 a.m. at Good Shepherd Lutheran Church, 1310 N Center St, Beaver Dam with Rev. Collin Vanderhoof officiating. Burial will take place at Highland Memory Gardens in the town of Trenton.

Close To Home, Close To Family.