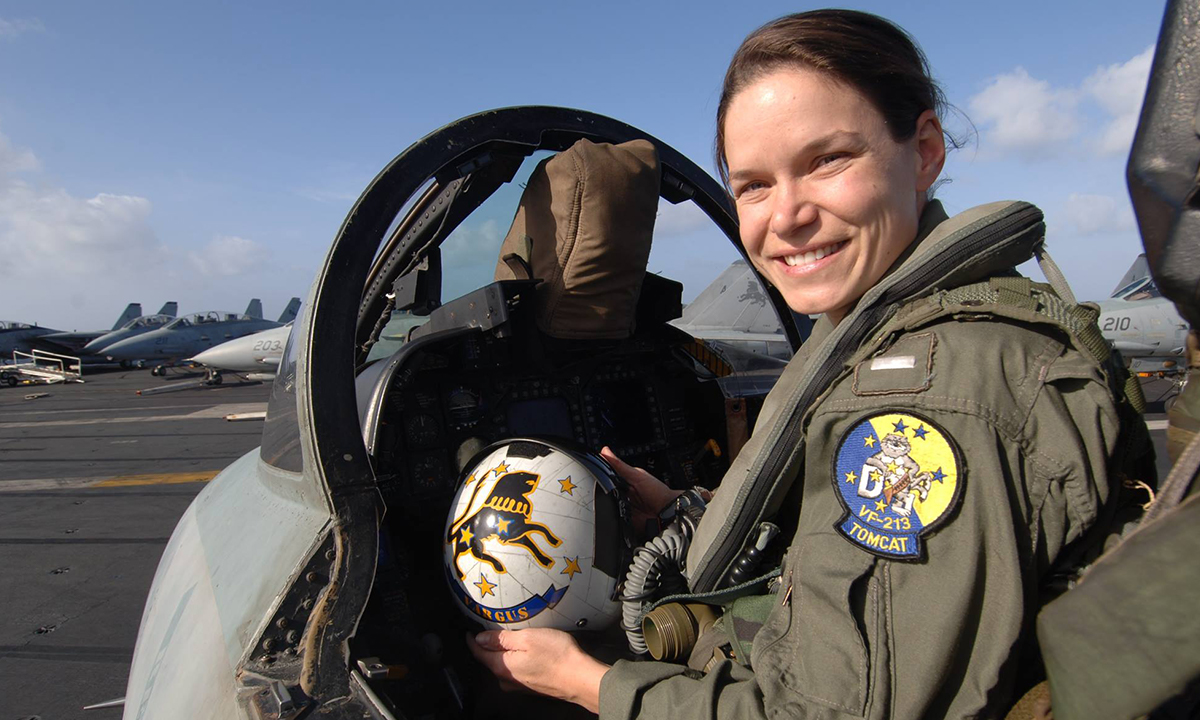 EAA AVIATION CENTER, OSHKOSH, Wisconsin — (November 1, 2017) — Cmdr. Meagan Flannigan, whose 15-year military aviation career includes piloting some of America’s top fighter jets in the Persian Gulf and in carrier operations, will be appearing at the EAA Aviation Museum in Oshkosh on Thursday, November 16, as part of the museum’s Aviation Adventure Speaker Series.

The presentation in the Founders’ Wing of the museum is open to the public and begins at 7 p.m. It is free of charge for EAA members and youth under age 18, and just $5 for adult nonmembers.

Flannigan, a 2002 U.S. Naval Academy graduate, will speak on her motivation to become a military pilot, the challenges she faced in that role, and balancing a family with a military career. She flew the F-14D “Tomcat” from the USS Theodore Roosevelt in support of Operation Iraqi Freedom in 2005-2006 and later transitioned to the F/A-18F “Super Hornet.” Flannigan currently serves as an instructor pilot for the Navy’s Strike Fighter Squadron FVA-106, known as the “Gladiators,” based in Oceana, Virginia.

EAA’s Aviation Adventure Speaker Series brings renowned aviators and aviation historians to the EAA Aviation Museum each month, providing a unique look at the people and events that were part of our nation’s rich aviation history.