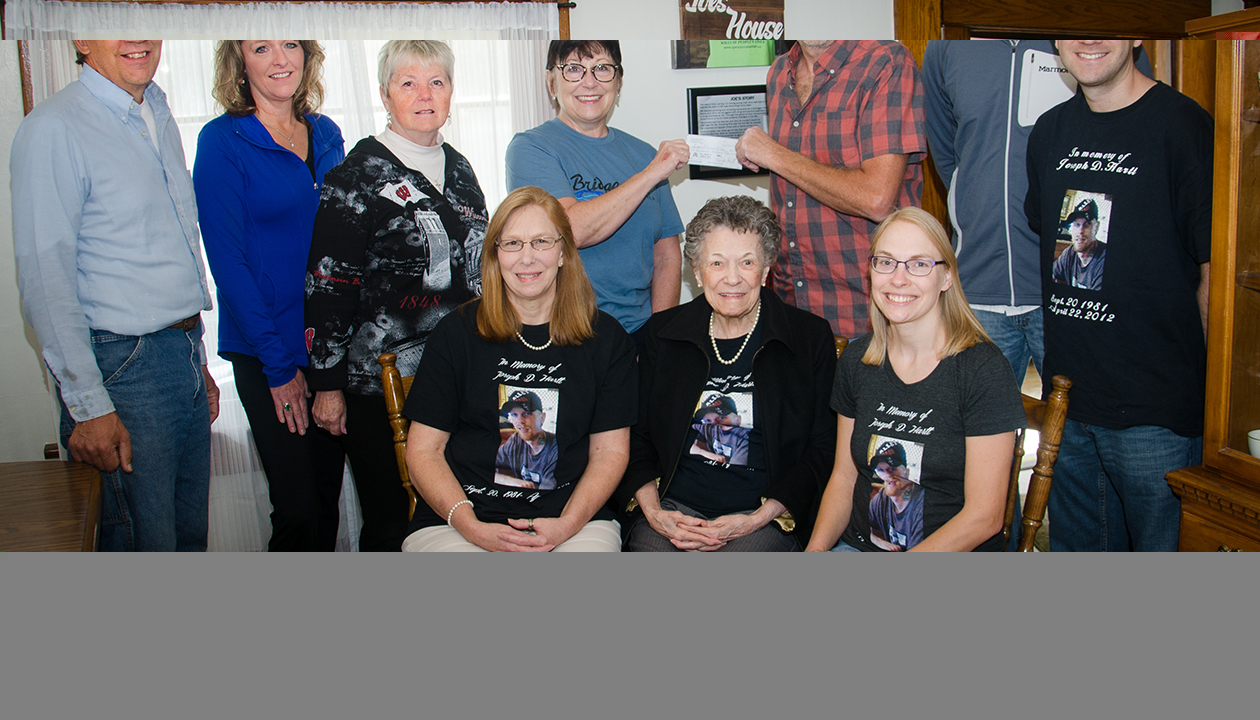 By: Bridges of Dodge County Inc.

The parents of Joe Hartt rallied their family and friends to help raise money for Bridges of Dodge County Inc, which opened the first men’s sober living home in Dodge County last March. In return, the home was named Joe’s House. In 2012, Joe Hartt passed away from a heroin overdose.

Joe was a kind, caring, fun-loving young man who was lost to drugs and alcohol just as his path in life was becoming clear.

He started drinking and smoking marijuana as a teenager. Throughout his late teens and 20’s, he struggled with drug and alcohol addiction, culminating with a drug overdose at 28. Through the grace of God, he survived and decided to move home to try to make positive changes in his life.

He questioned his failures and why he couldn’t seem to manage his life. Knowing this was not the life he wanted, he dreamed of happier times with a family of his own.

Unfortunately, Joe never got to live that dream. He had told his attorney, after an appearance in court, that he had made a plan with his employer to get a fresh start and begin making positive changes in his life.

He phoned his mother and told her that court went better than he expected, that he loved her, and he would call her to talk more tomorrow. That was the last time they ever spoke. Joe passed away less than 48 hours later.

We wish Joe’s story was unique, but sadly, it is one we hear all too often. These are family members, friends, neighbors, and coworkers; good people that have made bad choices and are in need of help. They don’t have to accept that life, they can change, but they can’t do it alone. We are so very thankful to be able to offer them help and be part of the solution.

Joe’s House is a faith-based sober home for men in recovery from substance abuse. The home has been established by and is operated via Bridges of Dodge County Inc, a non-profit organization.  Mark Gould, our full-time house manager, lives at Joe’s House. He is there to guide and support the men as they transition into productive members of society. There is an application process to complete to be accepted into Joe’s House. Call 920-344-9179, email bridgesreocveryhomes@gmail.com or write P.O. Box 244 Beaver Dam, WI 53916 for more information.

Modern Woodmen Fundraiser For The Gathering Source A Success