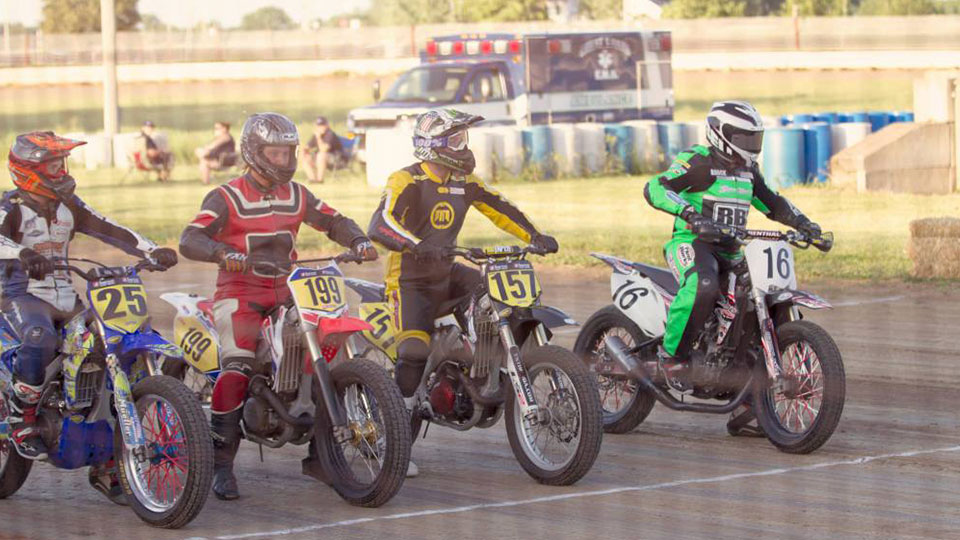 More than 150 motorcycle and quad riders will compete on the half-mile clay track at the Dodge County Fairgrounds.

The Beaver Cycle Club holds up to ten events each summer, featuring regular Saturday evening short track races. Upcoming events include races on July 28 and September 8-9. The races are hosted by the Beaver Cycle Club, will feature eighteen motorcycle classes from 50cc to 750cc twins and several quad ATV vehicles.  A variety of bikes will range from four to more than sixty years old.

Beaver Cycle Club was founded in 1959 by Curly Luedke, who invited participants to race on his private land in the rural cow pastures. The club was later sanctioned with AMA in 1962. Over the years, Beaver Cycle Club membership has grown tremendously and the present race track is still settled on Luedke’s land. Please visit the Beaver Cycle Club’s Facebook page for event details and for more information.

Individuals interested in racing should contact Mike Schwarzenbacher at 920-319-6889 or mikeschwarzenbacher@gmail.com. Participants must be members of the American Motorcyclist Association (AMA) and D16 to compete. Pre-registration is encouraged, but membership registration will be available at the Dodge County Fairgrounds track at 3:00 on race day.

General admission to the grandstands and exclusive pit area is only $10. In addition to the admission fee, participants will be required to pay a fee of $25 per amateur class and $30 per pro class. Professionals will contend for prize money and participating amateurs will compete for a trophy for the top three placements.

This year’s event will also showcase an exceptional Hooligan class, featuring former street bike twins. The Hooligans were showcased in recent installments of the X-Games. This special event is part of the Grand National Hooligan Championship race series. A winter Fisheree Ice Race is also being planned in Oshkosh, Wisconsin on February 2, 2019.