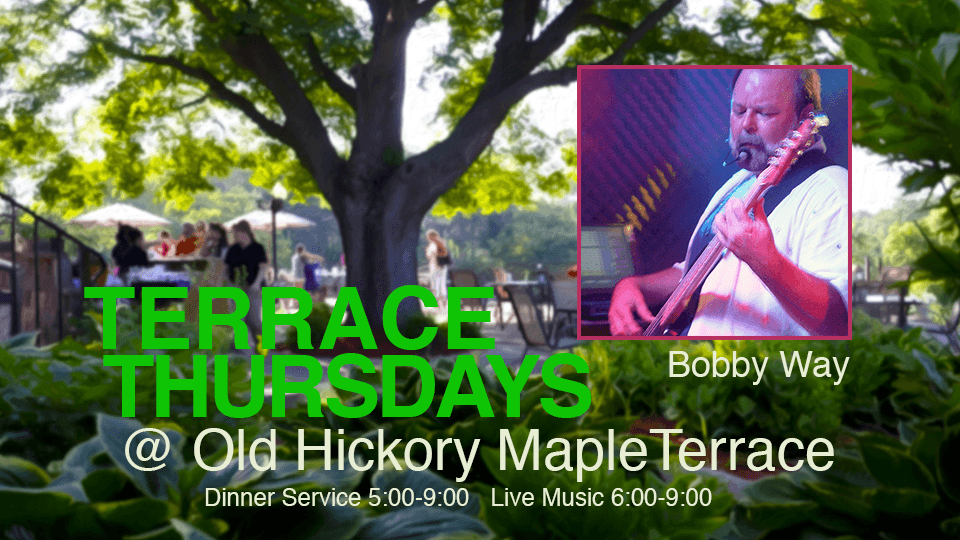 A full-time performer for 48 years, Bobby Way considers himself one of the lucky few who have been able to turn a love for making music into an exciting and satisfying career. “I knew from the time I was in junior high that music would be my life and I have never had a moment’s regret. Except for that time that the tuba fell on my head. I regretted that.”

Bobby performed and traveled with regional bands from 1971 to 1977. A three week stint with Marvelous Marge and her Tuba-riffic All Tuba Band was a misguided disaster (“Well, I needed the money. But, at the end of the show, when the tenor tubaguy would throw his tuba out to the crowd — I’d freak!”). Then, however, Bobby joined a national touring show band, Carl and Company. “It was a great experience and I learned a lot about showmanship and meeting the needs of an audience, but I wanted the freedom to try my own ideas and avoid falling tubas.” In 1979, distilling those very ideas and experiences into what he believed would be the ultimate show , Bobby created his own Vegas-style show-band, Bobby Way and the Wayouts and toured nationally through the mid-eighties.

Based in Milwaukee since 1987, Bobby has used his highly developed technical skills to build a sophisticated sound and lighting system. Over the years, he has developed a varied repertoire of over 500 songs. While best known for his powerful vocal range and versatility, Bobby is also accomplished on guitar, banjo, sax, trumpet, valve trombone and harmonica, although he pretty much avoids anything tuba. He is equally at home playing dinner music for a small private gathering or blasting out the hits for thousands at a summer festival.

A talented show-band leader, Bobby also has a wealth of experience playing solo, duo and trio. Ever the consummate professional, Bobby says, “I love interacting with my audience. I enjoy playing many styles of music and get great satisfaction from knowing I can meet the needs of any audience. If they need me to be conked on the head with a tuba, however, I’m probably not their man.”

During Wisconsin’s winter, Bobby regularly commutes to Florida to work with T.Skorman Productions as a Talent Wrangler. Summers, however, belong to Wisconsin.

Look for Bobby Way, Bobby & Rhonda,and Bobby Way and the Fabulous Wayouts, to celebrate their 38th year performing at conventions, weddings and Milwaukee’s famous festivals and fairs throughout the 21st century.

And, while you’re at it, look out for that tuba…