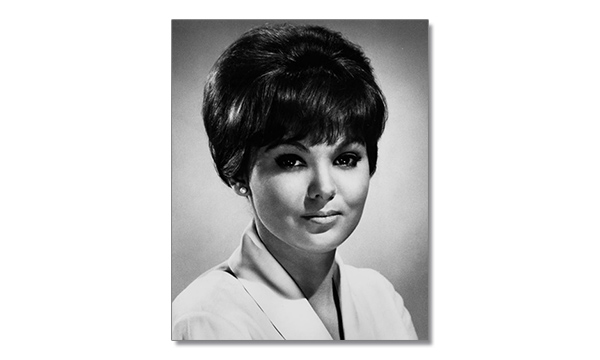 Barbara, best known to audiences for her roles in numerous onscreen films, was born on July 25, 1935 in Evanston, IL, the daughter of Oscar and Natalie (Densmoor) Harris. Her fondest childhood memories were filled with adventure as she delighted in spending her summers in Markesan, WI with her grandparents, James and Nette Densmoor. Upon graduating from Nicholas Senn High School in Chicago, Barbara joined the Playwrights Theatre Club and began her lifelong acting career.

In 1959, she co-founded the Chicago-based traveling comic troupe, The Second City, in which she was the opening act at their very first show. With a natural knack for portraying characters with distinct emotional complexity, Barbara was also a talented vocalist who made a name for herself onstage with numerous unforgettable roles. In 1965 she received a Tony nomination for “On a Clear Day You Can See Forever” with music by Burton Lane and lyrics by Alan Jay Lerner, which was later made into a film with Barbara Streisand portraying her role. Barbara earned a 1967 Tony award for her Broadway performance of “The Apple Tree“ and made guest appearances on television shows like “Alfred Hitchcock Presents“.

Barbara’s charm, comedic timing and beautiful voice, paired with her ability to fill roles with originality and vulnerability, landed her numerous star roles in films directed by Alfred Hitchcock, Francis Ford Coppola and Robert Altman. More important than the spotlight and fame, Barbara relished rehearsals and the process behind acting, developing characters and working alongside fellow actors. Memorable roles include a country singer in Robert Altman’s “Nashville”, Jodie Foster’s mother in the comedy “Freaky Friday”, a fake psychic in Alfred Hitchcock’s final film “Family Plot”, and “The Seduction of Joe Tynan” with Meryl Streep and Alan Alda. In 1971, Barbara received an Oscar nomination for best supporting actress for her work alongside Dustin Hoffman in the film “Who is Harry Kellerman and Why Is He Saying Those Terrible Things About Me?“ She left Hollywood in 1997 following her final two onscreen performances, “Dirty Rotten Scoundrels” and “Grosse Pointe Blank”.  Her other notable films included “Mixed Company”, “Plaza Suite” and “Peggy Sue Got Married”. After relocating to Scottsdale, AZ in 2000, Barbara taught acting before retiring.

A memorial gathering for Barbara will be held on Saturday, September 8, 2018 at Cornerstone Funeral & Cremation Services, 181 S. Main St., Markesan from 10:00 a.m. until 11:00 a.m. Inurnment will take place at Markesan Memorial Cemetery, where her mother and grandparents are buried.

Cornerstone Funeral & Cremation Services in Markesan is honored to be serving the family. You may send private online condolences or sign the family’s guest book at www.cstonefs.com.