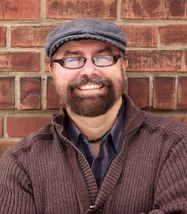 As a self-professed amateur historian, I expected to feel that sense of historical wonder I get every time I walk into an old and famous historical building.  From the ruins of Kenilworth Castle in England to the Hachiman Temple in Japan, there is always that indescribable feeling of awe and reverence for a structure that has played an integral role in the lives of the people of that community or country.  However, never before had I paired this feeling of wonder with what can only be described as the feeling you get when you walk into the front door of your parent’s house after many years of being away.  That warm, toasty feeling of being – home.

Entering into the lobby, you are greeted by a mammoth wooden front desk, behind which is a wall of neat cubbyholes for messages.  This charming vision instantly transports you back to a bygone era where grand hotels were the focal point of a community, where the rich and famous met surreptitiously to broker business deals, meet with international spies, and party the night away, while the hoi polloi watched from across the street.

I had come to the Rogers to meet with building manager Joe Murray, a gentleman that measures his tenure there not in years, but in decades.  I met with Joe in the parlor, just off of the lobby, at a small, intricately carved wooden table on chairs with tooled leather backs and seats that were the epitome of the leather crafter’s art.

Joe is a very unassuming man, who is easy to like and easy to talk with.  Within a matter of moments, it became obvious that Joe not only loved his job, but that he had an affinity and appreciation for the Rogers that is usually reserved for master crafters and artists for their work.  His pride in the building, its residents, and its history, was evident in the way he spoke about the Rogers.

According to Joe, the Rogers was built in a single year near the start of the Depression.  Fred (Fred W. Rogers, original owner of the hotel and of Monarch Range) built the hotel to house Monarch salesmen when they were in town and to impress corporate “bigwigs” who traveled to Beaver Dam on business with Monarch Range.  Originally, the Rogers had only five floors; however, the sixth floor was added not only to accommodate sales and business professionals, but also to give local residents a paying job during the Depression.  (I was struck how Joe always referred to Fred Rogers as simply “Fred” as if one could expect him to turn up at any moment; this reinforced the feeling that the Rogers is still a “family” business.)

One of the reasons that Fred built the Rogers where it is was its central location between the train station, now the Chamber of Commerce building, and Monarch Range, which was located where Rechek’s Food Pride is now.  In those days, the train ran right next to the hotel and it was only two blocks to the station.

Over the years, the Rogers was the scene for many wedding services and Joe was proud to say that even today, nearly 20 years after they stopped holding weddings and other special events, couples who were married there, as well as their children and grandchildren, still come to the Rogers to see where their family started and to reminisce about that day.

The Rogers’ bar, named the Spanish Fly, was a popular meeting place for locals and visitors alike.  Joe was coy when asked if the bar continued to serve alcohol during Prohibition, quickly changing the subject to the spectacular, all glass French doors that were a focal point of the establishment.

In 1960, during the presidential campaign, then Senator John F. Kennedy came to Beaver Dam and not only stayed at the Rogers, but also addressed the dairy producers association and local dairy farmers from within the dining room.  In the parlor, there is an intricately carved wooden podium, and I asked Joe if Kennedy had used that to deliver his speech to the dairymen.  Joe stated that the podium was not a part of the Rogers at the time of JFK’s visit; it was purchased much later, and from what he understood, Senator Kennedy had simply addressed the dairymen from his place at one of the tables in the dining room following a formal breakfast.  Envisioning John F. Kennedy standing at a table and speaking to Beaver Dam area dairy farmers, rather than at a podium above them, continues to build a picture of the Rogers’ unique elegance in my mind.

I asked Joe if he remembered any other politicians using the Rogers as a focal point to deliver their political message and he replied that while he had been here only former Governor Jim Doyle had come to the building to make a campaign speech.  This is not really unexpected because the Hotel Rogers became the “apartment” Rogers in 1987.

The Rogers most recent claim to fame was the filming of Public Enemies.  Joe mentioned that the scout team had visited the hotel several times while looking for locations to shoot and it was a small surprise to learn that the Rogers would be “filling in” for an Arizona hotel (especially since filming was to take place during April, not exactly Arizona-type weather).  The Rogers “acted” the part of Tucson’s Hotel Congress, where John Dillinger (played by Johnny Depp) and his gang are captured by the police following a fire.  False cobblestone streets were put down and cactus were planted in front of the Rogers to give the exterior the appearance of the desert hotel.

Joe said that he was told that they would have the shooting done early in the morning and would be out of the hotel by the afternoon, well, best laid plans and all…  The shots taken in the lobby of the Rogers were done with HUGE outdoor lights to make it appear as if it were daylight, since shooting did not actually get underway until 4:45 p.m.  Joe said that the crew were running “all over the place” making changes and that the promised “short time” for shooting was anything but!  (To be fair, according to Joe, it was also the year of the flood and they were running into problems with their shoots in Columbus as well.

The movie crew moved all of the furniture out of the lobby and the parlor, storing it in the dining room, and even used their movie magic to make the elevators look like those in the 1920s.  I asked Joe if he and the staff were hired to work in the movie.  With a laugh, Joe said firmly, “No, nor would I have wanted to be in the movie.”  To this day, he still gets asked if there will be a sequel and he wanted to settle the issue once and for all – he doesn’t know.

Joe is extremely proud that the building was saved and converted into an apartment building in 1987.  He describes his staff simply as “the greatest” and the close family atmosphere between the staff and the residents makes it a joy to come to work each and every morning.  There is still a picture of Fred hanging in the office to this day, watching over the comings and goings in his beloved Rogers.

I asked Joe to sum up and describe the Rogers, and he told me the only word that comes close is “unique.”  I agree, the Rogers is Beaver Dam’s “unique” treasure.