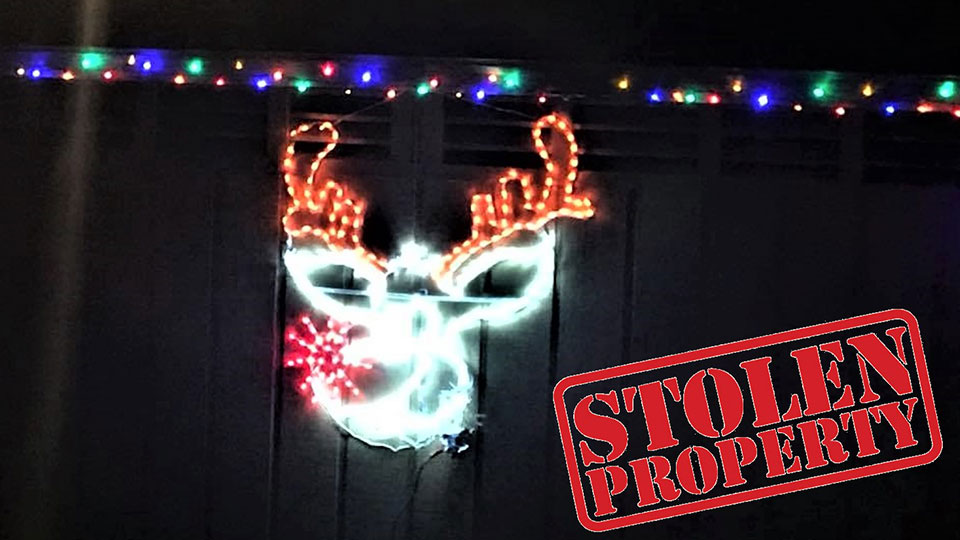 Last week Sheriff Dale Schmidt, who chairs Beaver Dam Rotary Lights in Swan Park, noticed that one of the displays that was recently purchased for the park, was missing.  The animated talking reindeer display had been cut down and unscrewed from the Mill Street shelter.

Sheriff Schmidt is extremely disappointed in who may have done this as businesses and individuals have donated these lights to help put on our holiday display, bringing holiday spirit and a family friendly atmosphere to the park.  We are asking for the public’s help in identifying the thief in this actual case of the Grinch stealing Christmas.

This is the second item that has been stolen from the park, as last year the projector casting lights inside the band shell was stolen as well.  It is for reasons such as this that the committee is forced to look into additional security costs rather than spending all the dollars that are raised on displays and lights for the park.

If anyone knows of the whereabouts of this display, they are asked to contact the Beaver Dam Police Department or Sheriff Dale Schmidt at the Dodge County Sheriff’s Office so it can be recovered and placed back in the park where it belongs.  It is our hope that just as in the movie, the Grinch’s heart will grow three sizes and the display will be returned from where it was taken for all to enjoy.

BDACT – Auditions For “We Are Monsters”

Fairest Of The Fair Contestants Introduced