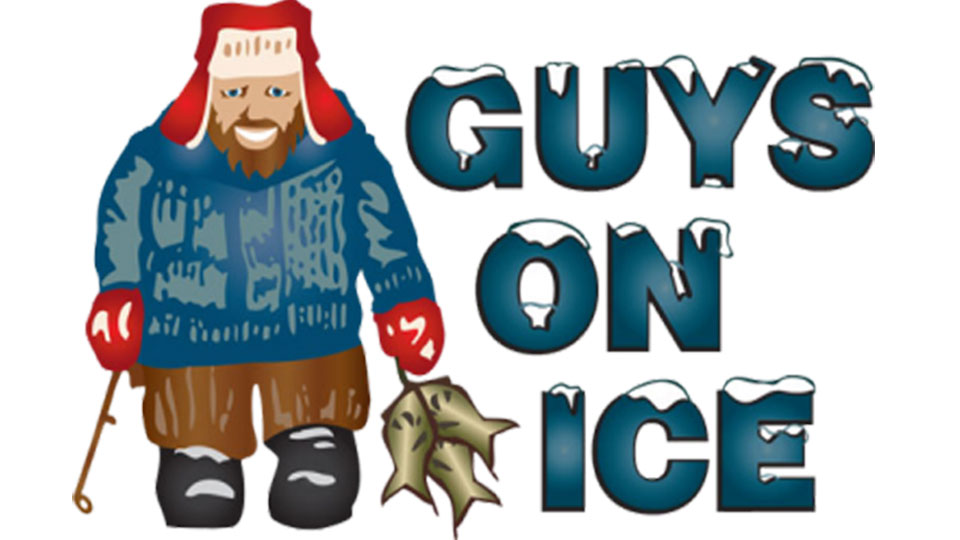 THE BUDDIES ARE BACK!

Back by popular demand, the 20th Anniversary Presentation of Guys On Ice – the ice-fishing musical that takes Madison by storm! From their shanty, ice-fishing buddies Marvin and Lloyd sing about life, love, and the one that got away. This hilarious piece of Wisconsin anthropology will once again charm your wool socks off.

General admission tickets for all shows are $32.00. Advance tickets are on sale at B-Side Records, Frugal Muse, Strictly Discs, MadCity Music, Sugar Shack, and the Barrymore.

Call and charge tickets at (608) 241-8633. Order tickets online at www.barrymorelive.com. Day-of-show-tickets are available at the Barrymore Box Office 90 minutes prior to each performance.

Because all performances are general admission, please plan on arriving at the Barrymore early to obtain the best seats.  Doors to the theatre open one hour before show time.

Back again in Madison, for its 20th Anniversary Presentation,  is the nation’s favorite ice-fishing musical comedy, Guys on Ice. Join Marvin and Lloyd for one more historic day on the ice.

Sold-out houses in Wisconsin and across the country have enjoyed this whirlwind ice-fishing tale, gaining wisdom about everything from the attributes of a snowmobile suit to romancing the checkout girl at the local grocery store. With songs such as “The Wishing Hole” and “Fish is the Miracle Food“, Guys on Ice isn’t just a musical – it’s a journey through the secret culture of Northern Wisconsin ice fishermen. Anyone who has ever been curious about those little plywood shanties sitting on lake ice and what goes on inside them should find all questions answered in this heartwarming and witty musical comedy. Written by Fred Alley with music by James Kaplan, Guys on Ice returns to the Barrymore Theatre, for its 20th Anniversary, with 13 performances December 20 – 23, December 26, and December 28 – January 1.

Since 1998, when it premiered at the Ephraim Town Hall in Door County, Guys On Ice has played to sold-out houses in Door County, Green Bay, Milwaukee and Madison and played for audiences as far away as Oregon, California, and New York.

Fred Alley, the book and lyric writer of the show, starred as Lloyd in the premiere presentation of the show, along with Doug Mancheski, our very Marvin.

This year and for the past 15 years, the Barrymore presentation of Guys On Ice will star Doug Mancheski as Marvin and Steve Koehler as Lloyd.

For the American Folklore Theatre’s 1998 program, Fred wrote the following description of the show:

“You’ve seen them. Little wooden shanties sitting on lake ice. Puffs of smoke rising from chimney pipes. On a quiet day, maybe the static of a tinny radio filters through plywood walls, across the frozen tundra, back to shore. In a cold world, on a cold day, on a frozen lake, these little signs of life are all most people know of a secret culture that thrives right here amongst us. Well, wonder no more.”

Once again, the Barrymore brings you this somewhat twisted take on the secret world of the ice fisherman. Guys On Ice is a charming play that spends a day in the life of Marvin and Lloyd – two ice fishing buddies and home-grown philosophers from Northern Wisconsin.

Marvin and Lloyd talk and sing about life, love, and the one that got away. From their ice fishing shanty, the long-time pals keep warm with a mutual appreciation for good bait, cold beer, and the Green Bay Packers. As Marvin anxiously awaits his opportunity to appear on a cable TV fishing show and share the secrets of his life on da’ lake, Lloyd ponders a recent squabble with his wife over plans to spend their anniversary at Lambeau Field. Both pals scramble to protect their cold Leinie’s from fellow angler, Ernie the Moocher.

With musical numbers like “De Wishing Hole”, “Ode to a Snowmobile Suit”, and “Fish is the Miracle Food”, Guys On Ice will charm your wool socks off.

“Guys On Ice is simple, straightforward and possesses a sweet charm,” said the Milwaukee Journal Sentinel.