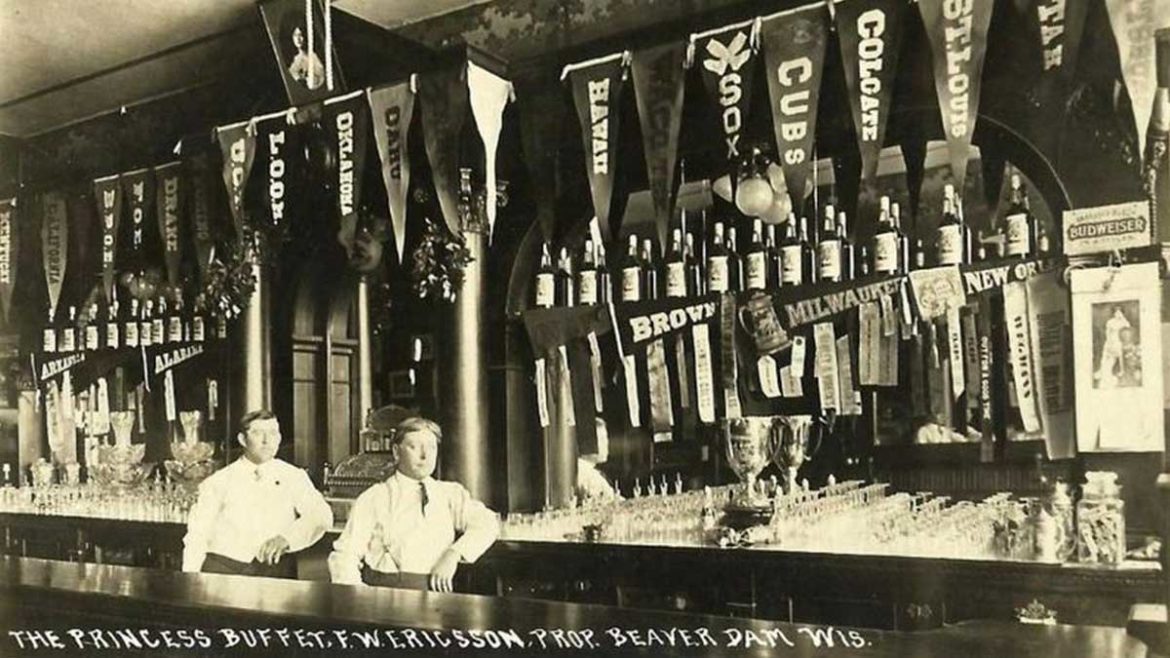 Photograph provided by: Wisconsin Genealogy Vagabonds
Special thanks to Glen Link at the Dodge County Historical Society for help in identifying the establishment. Here is what he found:

Frederic W. Erickson owned and operated the “Princess Buffet and Cafe” from approximately 1912 until 1920. There is some confusion because the address was sometimes listed as 217 Front St. and at other times as 219 Front Street. Most likely “217” was a misprint.
Hiram De Young operated “The Club Cafe” in the building from 1920 to 1933.
William E. Czya opened a bar at the location sometime in 1933. The original licenses following prohibition were issued on April 28, 1933. He didn’t get a license at that time, but did renew the license in 1934. The new business was called “Round-Up Bar”.
Alexander W. Krenz took over the establishment in 1953, named it the “Last Round-Up” and operated it until 1976. It was then empty for about a year.
Daniel Weijola re-opened the bar in 1977 with his wife and called it “Dan & Sugar’s Mystic Inn”. The couple later divorced and Daniel continued to operate the bar as “Dan’s Place” until the mid-nineties …

Poetry: from the book “bringing flowers to the tavern” – page 18

May is Historical Preservation & Archaeology Month –...