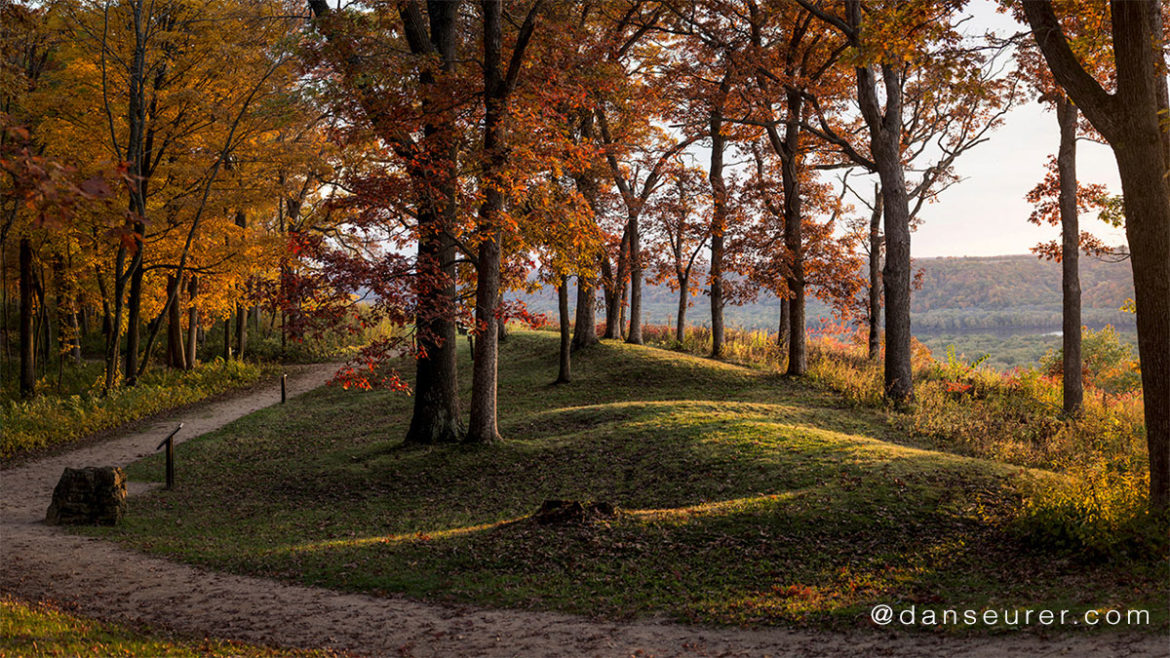 For the past eleven months I have had the privilege to be invited to participate in a significant research project, exploring and establishing order to a uniquely Wisconsin phenomenon known as The Effigy Mounds.

Researcher Mark Olsen along with Archaeologist Kurt Sampson, following exhaustive study, are now ready to introduce a definitive explanation as to why effigy mounds exist, what they encode, and why they are uniquely concentrated in southern Wisconsin.

This article serves as an introduction to their work. A book will be available in May 2019.

LocaLeben Magazine is proud to be of assistance in making this important cultural information surrounding the ancient earthworks available for the first time.

For longer than two years, we’ve been working together to bring some important effigy mound findings to publication. The amount of time and effort that has gone into this project is immense, but worthwhile, as we feel it offers the fullest and most accurate explanation for this incredible mound-building culture to date. Pressing development issues related to an important ancestral burial and ceremonial site, known as the Indian Prairie, which sits on the Milwaukee River in Glendale, Wisconsin, suggests that an early release of burial mound-related research conclusions is warranted at this time.

The “Indian Prairie burial and ceremonial site at Kletzsch Park” paper lays out some of the core findings. These research conclusions, methods, and implications are covered more fully in a dissertation-length book slated for publication in May 2019. The evidence suggests that effigy mounds encode a formal indigenous religion that shows belief in an afterlife and which reveres ancestors. Ethnographic information fully supports these conclusions. Calendar dates are encoded in effigy mounds. These dates relate to the galactic center’s just-over-the-horizon position in the Milky Way shortly after dark when key religious ceremonies are presumably held. American Indians from diverse areas across North America through South America recognize the Milky Way as the “Path of Souls” (Dr. Edwin L. Barnhart 2003). http://mayaexploration.org/pdf/milkyway.pdf

In essence, nothing and everything in this research is new. Long-held conjectures, such as those proposed by Dr. Lynne Goldstein (1995) which link effigy mounds and mortuary-related ceremonialism to wetland resources are shown to be correct. The big-picture outlook taken by this research compares effigy mound ceremonialism with known indigenous cultures and historic behaviors from around the globe. We determine that the effigy mound monumental building program belongs to an agricultural ritual complex based on wild rice.

Effigy mounds might be considered as earthen prayers. The travel direction of these animal-shaped burial mounds leads them towards the Milky Way’s “rise-point” (first-glance visibility after astronomic darkness) that varies within the May to October timeframe. This variance allows for the theoretical calendar timing of effigy mounds. The galactic-center area of the Milky Way glides just over the horizon in southern Wisconsin and this appears to be the portal to the Path of Souls. We conclude that effigy mounds help convey prayers from among the effigy-mound-celebrant community to revered ancestors in the higher spheres of heaven. Ancestors are petitioned via effigy mounds, linear mounds, and conical mounds through the galactic center portal to the Path of Souls that can be fairly compared to the “gates of heaven” among other religious traditions. Ethnographic information suggests that revered ancestors are asked to intervene on behalf of living populations much as some traditions might ask saints for help with specific requests. Indians seem to ask for health, protection, and resource abundance (Radin 1923).

The evidence suggests that a secondary portal to the Path of Souls seems to be used during non-summer months. This portal relates to the constellation we know as Orion. This is one of the most widely-observed celestial phenomena by cultures all over the globe. Effigy mounds record widely-distributed human behaviors; this is not an idiosyncratic local manifestation. Again, we find that ethnographic data and oral histories among Indian Nations support this evidence. Taken as a whole, we think this research reveals vitally important evidence that shows wide-spread Indian cultures to be highly cohesive over vast periods of time. While Indians know of this deep-history constancy, scholarly opinions are much more divided. The soon-to-be-published research hopes to correct long-standing misperceptions. We try to show, in a defensible manner, the truer indigenous history and religious beliefs that are recorded by effigy mounds.

For much of the time that we have been working together on this book we have also been caring for a beautifully elegant Path-of-Souls-oriented mound site in Dodge County, Wisconsin. The Nitschke Mound Group sits just a mile or two west of the Horicon Marsh, one of the world’s largest fresh-water wetlands. The south-southwesterly orientations of nearly all the effigy and linear mounds at this site are typical of alignments associated with mid-to-late August. This is going to coincide with the wild rice harvest. This is a known gathering time that is again supported by oral histories and ethnographic data. The Nitschke site appears similar to the Indian Prairie site in Milwaukee, and the Hagner Mound Group at Lizard Mound County Park in Washington County where families and friends come together at what might be considered “neutral territory”. There are well-reasoned anthropologic theories that support the idea of meeting grounds such as these being established in “middle-of-the-road” areas that are not the core home ranges of any one group of people. Scholarly efforts on this front as relates to Wisconsin’s first peoples are found lacking. Efforts by others with a more experienced and global approach informs this topic more fully and is recommended for interested parties (Stanish 2017). https://www.cambridge.org/core/books/evolution-of-human cooperation/5C704ACEE7FB375A06E5546682812BA3

The Effigy Mounds Initiative (EMI) is headed by Kurt Sampson, an archaeologist and museum curator with a lifelong passion for effigy mounds. Kurt’s EMI is one of a handful of volunteer-powered groups working in the effigy mound localities of southern Wisconsin and thin slices of neighboring Iowa, Minnesota, and Illinois. These groups care for ancient earthen monuments by removing invasive brushy undergrowth and woody debris from burial mounds that once, by necessity and design, had open views to the horizons where vital celestial phenomena were marked and observed. We realize that not everyone agrees upon protocols for managing (or leaving alone) these sacred ceremonial sites. The imminent threat to ancestral memories at another ceremonial site in southern Wisconsin, Milwaukee’s Indian Prairie, led us to release this information at this time. We hope in coming months to share research findings and engage in dialogue with Indian Nations and others who are interested in our continuing work.

By no means do we offer a complete explanation for every single occurrence in the mound record. Still, the central-tendency-seeking approach of the primary researcher, Mark Olsen, offers great hope for future collaboration and co-operation. We anticipate that eventual review and modification of detailed theories and testable hypotheses presented in the coming book will help us learn and share more about what is one of humanity’s finest-ever expressions of human religiosity that is found anywhere on earth. Effigy mounds record an incredible human history that should be of interest to cultural descendents and anthropology-inclined peoples from anywhere.

There is short paper linked to this article, titled “The Indian Prairie burial and ceremonial site at Kletzsch Park”. This article lays out some of the ideology encoded in effigy mounds using this severely damaged site as a learning lesson. With the Indian Prairie, we have a unique legacy that records both a deep history which shows Indians actively practicing at this site over at least a thousand year span and also records some of Wisconsin’s earliest modern history, particularly that of Increase Lapham; the state’s earliest and perhaps finest scientist and antiquarian. An imminently-executable plan in Milwaukee County hopes to create a fish passage around a man-made depression-era dam built at the Indian Prairie. This requires the displacement of massive amounts of earth and disturbs several hundred feet of oak-lined bluff which was clearly once part of an important ancestral burial and ceremonial site. We agree with individuals working within the local Glendale, Wisconsin community who oppose this wounding of once sacred soils when other less-disruptive alternatives seem to have not been considered.