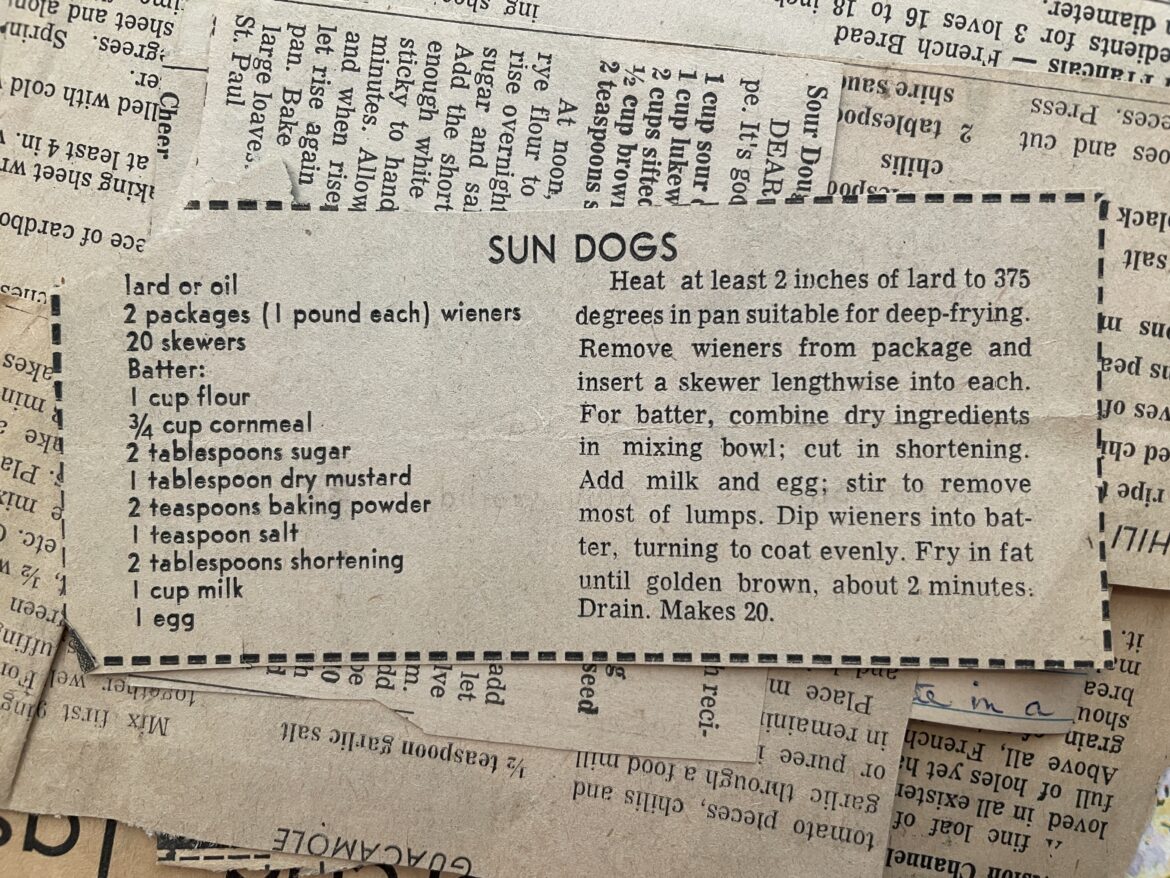 My dad, John Henry Schaffer, was the youngest of 7 children. He was born on April 19, 1939 on a small family farm in Clayton, WI. Although he didn’t talk about his childhood often, many of the memories shared were of cooking in his mother’s kitchen. My dad’s enjoyment of cooking stayed with him throughout his life. He was adamant that everyone should know how to prepare a meal because “you should never have to rely on someone else for food.”

My dad was, by no means, a gourmet chef. His recipes were often simple, sometimes with modifications fueled by his knowledge of chemistry. Even so, his food was, almost inevitably, delicious. Perhaps it was the simplicity itself that was appealing, the idea that you can create something out of things you have without feeling the need to be expensive and fancy.

Dad’s cooking was constant. He cooked for breakfast, lunch, and dinner. Sometimes he tried a recipe between meals because he saw it in the newspaper or heard a discussion on public radio. And he would often make snacks and sides because of cravings. This meant the refrigerator was always full of leftovers and I could always count on having a meal or snack whenever I stopped by Dad’s kitchen.

Despite Dad’s assertion that one does not need cookbooks (“there are only so many things you can do with food”), he accumulated a large collection of them. He found cookbooks at rummage sales, thrift stores, and discarded from the library. The pages of his cookbooks were bookmarked with the recipes he clipped from newspapers, food cartons, and copied down from friends and relatives.

As a reflection of his kitchen in general, his recipe collection was messy and disorganized. There are notebooks full of clippings and handwritten notes in no particular order. Recipes for cake can often be found stuck in the soup section of a cookbook. There is something almost comforting about the randomness and chaos of these recipes. To find the one you are looking for, you have to browse, carefully sifting through years of notes and clippings. To this day, when I look through his cookbooks and clippings, I can’t bring myself to organize them. When I add my own recipes, I follow the same level and patterns of organization my dad once used.

My dad died on October 7, 2015, about two months before my nephew Henry, his first grandson, was born. Henry, his sister Emma, and my son John never had the opportunity to spend time in the kitchen with Grandpa. But, like my brothers and I, they will grow up hearing stories of when grandpa cooked. They will taste his pancakes and learn our favorite recipes. And someday, they will browse through the collection of recipes kept by past generations. Just as food brings us together at dinners and celebrations, my hope is that these recipes will bring together the past, present, and future generations.

Molly is Jim's daughter-in-law, married to Ben. Molly and Ben have a one-year-old son named John, a dog (Bella) and a cat (Wicket). Molly is a Pediatric Occupational Therapist who is taking some time off to be a mom and focus on John. Join us as she begins cooking her way through her dad's recipes and sharing them with our LocaLeben friends and family.