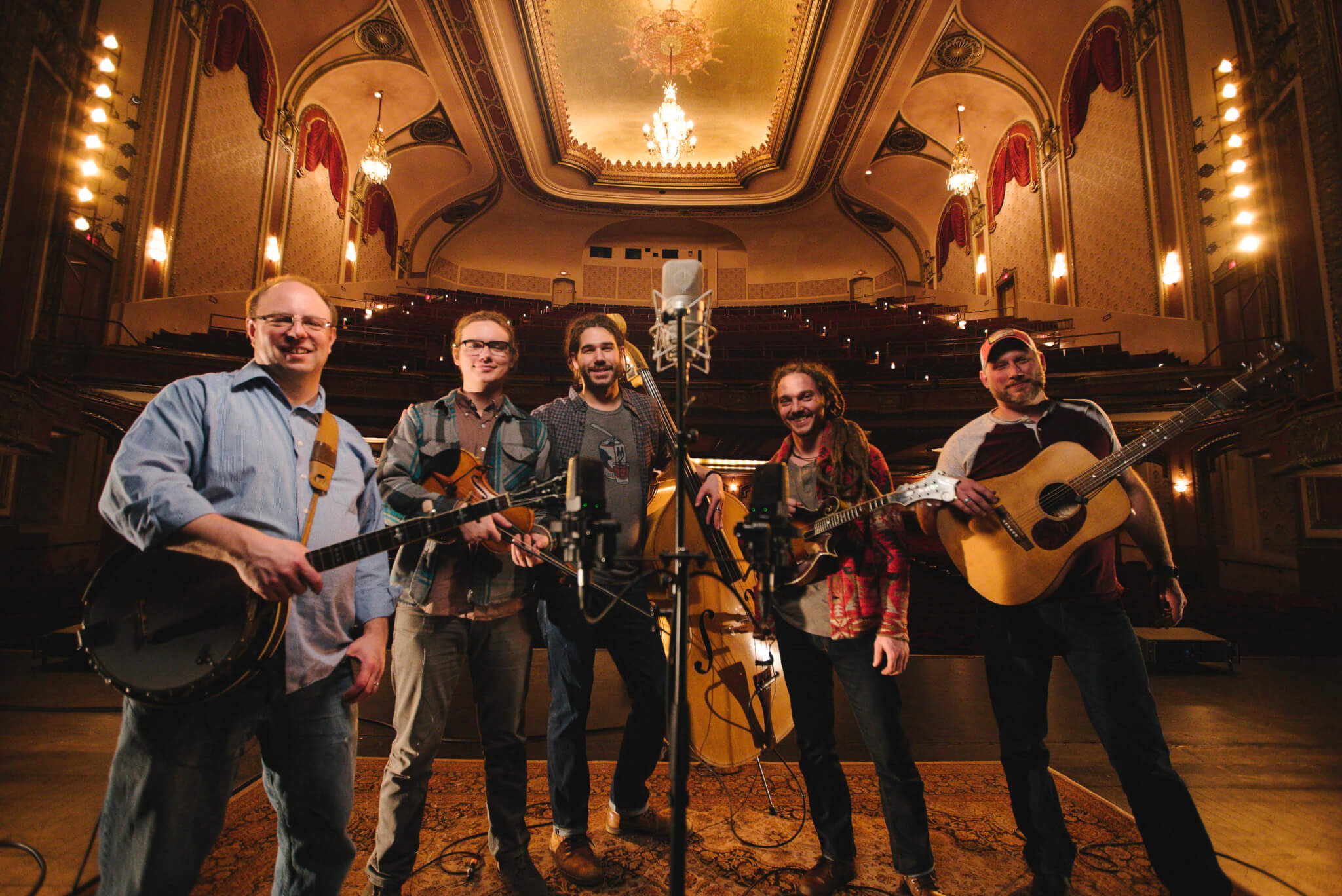 Although Jordan Kroeger (bass) and Ryan Ogburn (mandolin) began their musical relationship in the Wisconsin jamband scene, Chicken Wire Empire began as a 4 piece traditional bluegrass band. The band honed its traditional sound, encapsulating it in 2014 with their debut album Chicken Wire Empire. With half of the group rooted in bluegrass, and the other half steeped in jamband music, a change occurred when CWE performed an Old & In The Way tribute show. With the addition of Jon Peik (banjo), Ernest Brusubardis IV (fiddle), and Greg Brundage (guitar), a new sound was found in Milwaukee, and Chicken Wire Empire joined the roster of high energy jamgrass.

Opening Act : The Monsters of Grass.

Tickets $25. on line, www.bdact.org Recheck’s Food Pride, At the BDACT Box Office Tue’s & Thur’s, 10 am to 7 pm. Or at the door Nov. 9th.
Concessions & adult beverages available for purchase. No Stairs handicapped accessible.