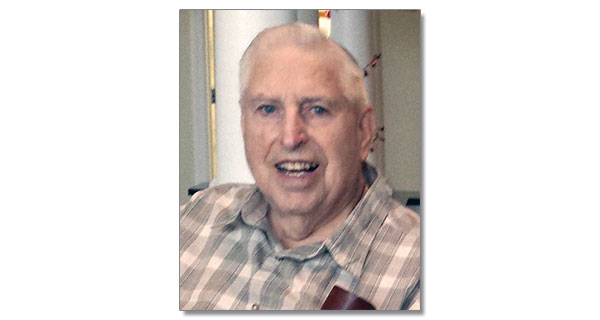 The visitation will be at St. Katharine Drexel Catholic Church in Beaver Dam on Friday, November 16, 2018, from 10:00 a.m. until the Mass of Christian Burial at 12:00 noon. Fr. Erick Cassiano will be officiating and Burial will be at St. Peter Cemetery in Beaver Dam.

Jerold Walter Blank was born on March 31, 1933 in Watertown, Wisconsin to Walter and Helen (Keeser) Blank. He was a graduate from Watertown High School and on May 5, 1956 he married Joanne Peirick at St. Henry’s Catholic Church in Watertown. Jerold joined the United States Army and proudly served during the Korean Conflict. He lived in Waupun from the late 70’s until 2004 and was a member of the Waupun American Legion Post #210. Jerold worked as a brick layer for many years and was in maintenance at the Dodge Correctional Facility. In 2004, he moved to Beaver Dam. He was a member of St. Katharine Drexel Parish and in his spare time, he enjoyed fishing, especially with his grandchildren. He cared for the love of his life, Joanne, through all of his medical challenges right to the end.

Memorials may be made in Jerold W. Blank’s name to St. Katharine Drexel Parish -Building from our belief.