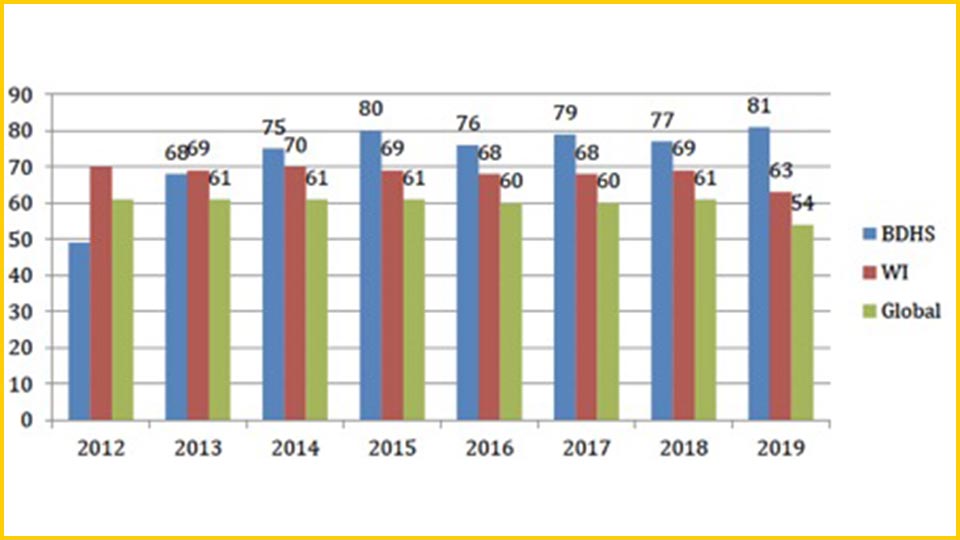 Beaver Dam High School (BDHS) had another successful year of Advanced Placement (AP) courses and exams this past spring. For the sixth year in a row, BDHS outperformed the state and global student pass rate on AP exams. BDHS had an 81% pass rate, compared to 63% for the state of Wisconsin, and 54% globally. BDHS students passed a total of 72 exams in 2019, which is the highest number of exams passed by BDHS students since 2015. Students scored at or above the state and global average in the following courses: AP Biology, AP Calculus AB, AP Calculus BC, AP Chemistry, AP Language & Composition, AP Literature & Composition, AP Human Geography, AP Psychology, AP Studio Art 2-D, AP United States Government & Politics, and AP United States History.

In addition, BDHS had 49 AP Scholars this year, with an overall average score of 3.45. Scholars are divided into 4 different subgroups:

National AP Scholar – granted to students in the United States who receive an average score of at least 4 on all AP Exams taken, and scores of 4 or higher on eight or more of these exams. Two students from BDHS were recognized as National AP Scholars: Akshay Kalra and Katelyn Schlefke

FREE Presentation About the Millennial Workforce Hosted by Chamber

BDUSD November School of the Month

Update: State Of The Middle School After Crash