Publishers Note:  This Feature was originally published in our January / February 2014 print magazine. 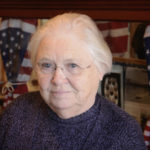 When Michael Mossman, a wildlife research biologist with the Department of Natural Resources in Madison, contacted the Dodge County Historical Society for information about Will Snyder, we knew very little about him.  He had a bicycle shop on Front Street around 1920, he worked at Monarch Range for many years and he was killed in an automobile accident in 1938.

An Indian artifacts collection was stored in various places, some of it in the basement.  We have since found out how important his collections and his detailed notes are.  They have contributed to the Natural History of our state and the world.

Will was the son and grandson of pioneers.  His family was originally from Canada.  His father Joseph T. Snyder came to Beaver Dam in 1859 at the age of 15 to join his brother David.  He attended Beaver Dam public schools and was also a student at Wayland Academy.  He worked for 5 years at the Lower Woolen Mill, and married Mary Shaw in 1872.  They moved to a farm north of the city that was in the name of Moses Stevens, another prominent Beaver Dam pioneer.  Will was born there in 1873.  His maternal grandmother had married Moses Stevens after the death of her first husband.

Will spent many of his boyhood years exploring this farm.  His interest in birds, mammals, insects, eggs and Indian artifacts must have started on this acreage. It was a fertile place to challenge a young collector’s interest.  The unspoiled, natural habitat and the proximity to what was once an Indian encampment was full of natural wonders.  The farm and the surrounding territory, as well as Skunk Island just offshore in Beaver Dam Lake, were there in a natural state.  It was here in 1886 at the age of 13 that he began the first of his meticulous journals.   Will’s notes tell us today what the bird population was like then.

Will graduated from Beaver Dam High School in 1892, and in 1897, he answered an ad and applied to join an expedition sponsored by the Smithsonian and the University of Pennsylvania to explore Point Barrow, Alaska.  Led by prominent ornithologist E.A. McIlhenny of Avery Island, heir to the Tabasco sauce fortune, the group set off in a fleet of nine sailing vessels.  Will was not to set foot in Beaver Dam for another 18 months.  Encountering many dangers and much hardship, they became lost and were cut off from the rest of the world.  When rescued by a government relief squad that traveled overland driving reindeer, the explorers had only three days of rations left.

Except for the Alaska trip (where it was reported that Will suffered extreme homesickness) and a few forays into the Dakota Territory, Will did the rest of his lifelong collecting close to home.  In 1903 he married Erma Crane.  They moved to a house on Mackie Street and later to the “Lakeview Farm” with his parents.  The farm was near the northern limits of the city at that time.  They had one son, Wayne.  Will and Erma were active in many organizations and social groups.  Will often lectured, and at least once, he appeared in Eskimo garb for his lecture.

Will was well known by other naturalists and had extensive knowledge of bird life.  His meticulous field notes are perhaps his most noteworthy achievement.  They continue to impress all these years later.  Collections of birds, skins, eggs, arrowheads and flints once filled his home, and his collections are now scattered throughout the country.  His beetle collection (Coleoptera) was the largest in Wisconsin and perhaps in the world with over 50,000 specimens.  The Milwaukee Public Museum has a lot of the beetle collection, and in the early 1940’s WPA workers were assigned to catalogue it.  At one time he collected specimens for the Field Museum in Chicago.

Will owned a bicycle shop at 210 Front Street and later went to work at Malleable Range Company as stock room manager.  Working 10-hour days 6 days a week left little time for his passionate love of collecting; he longed to be able to spend more time in the field.  He did keep up correspondence and exchanges with other collectors.  By the 1930’s his interests were mostly in his vast coleopteran collection.  He sold or donated many of his other specimens to various museums and other collectors.

In November of 1937 Will was killed on highway 151 working with another man setting a fence post.  A heavily loaded truck left the road killing Will and severely injuring the other man.  Obituaries refer to him as a well-known naturalist and a natural-born collector.  Shortly before his death, Mr. and Mrs. Snyder had shown support for the founding of the historical society and Mrs. Snyder was one of the very first members.  His Native American artifacts collection was one of the earliest donations.

Snyder’s Native American artifacts collection was the inspiration for our Dodge County Historical Society’s balcony exhibit on Natural History.  Stop by to see the exhibit and learn more about this interesting man.

The Dodge County Historical Society is located on the corner of Front and Spring Street in the old Williams Free Library.  Hours are 1:00 to 4:00 p.m. on Wednesday through Saturday.

Military Aircraft Lined Up For Flight & Display At EAA Airventure 2018