From full-size replicas of Mercury and Gemini space capsules to hands-on fun activities showing the physics of space flight, the EAA Aviation Museum will be “Mission Control” for its annual Space Day on Saturday, October 6. All Space Day activities are included with regular museum admission.

The Space Discovery for Kids experiences will be available from 10 a.m. until 4:30 p.m. It includes a new virtual reality space experience, the popular “Houston, We Have an Omelet” space capsule-building activity, construction of straw and fizzy rockets, space-themed flight simulators, and a full-size replica of a Mercury project space capsule. Aviore, the Stan Lee Foundation-donated superhero for the EAA Young Eagles program, will also be present throughout the day.

Along with the hands-on activities, two guests from two generations who share a passion for space flight will be the scheduled speakers:

3 p.m. — Alyssa Carson, a 17-year-old with a goal of flying on a manned mission to Mars, will share her already-formidable experiences with NASA. She began five years ago by being the first person visit all 14 NASA visitor centers as part of a NASA Passport program. Since then, she has participated in numerous NASA programs, including national programs discussing future flights to Mars. Carson also already has her own NASA call sign, “Blueberry.” 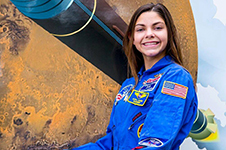 5 p.m. — This year’s keynote presenter is Al Worden, command module pilot for the Apollo 15 mission in 1971 that included David Scott and James Irwin. Worden is the holder of two unique Guinness World Records: The first person to perform a “deep space” walk outside the low Earth orbit, and a record as the “Most Isolated Human” that occurred when he was piloting the Apollo 15 command capsule some 2,235 miles from his fellow astronauts on the moon and more than 250,000 miles away from any other human. 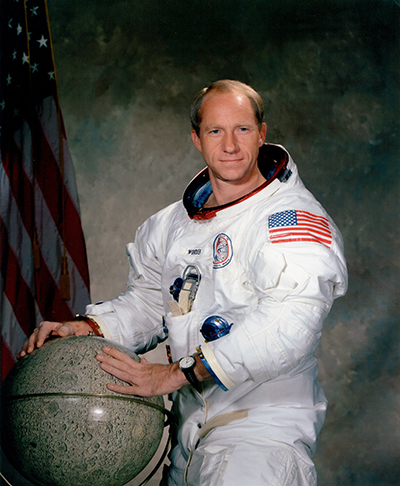 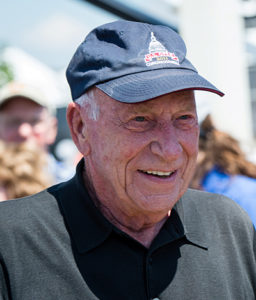 As part of the special Space Day activities on October 6, lunch will be available for purchase at the museum from 11 a.m.-2 p.m.

The EAA Aviation Museum is located just off Interstate 41 at the Highway 44 exit in Oshkosh. The museum is open daily from 10 a.m. to 5 p.m. EAA members receive free museum admission year-round. For more information, call the EAA Aviation Museum at (920) 426-6108 or visit www.eaa.org/museum